WARNING ANY AND OR ALL DAMAGE TO YOUR PSVITA IS YOUR RESPONSIBILITY NOT MINE!!

Hey guys it’s me again. I’m here today with a small mod, nothing to major hear. This requires no soldering, no tinkering with the internals whatsoever. This was a nice change of pace for me. Somethings to note before attempting.. This is just one of a few ways to do this mod I’m just showing you how I went through this. For those of you who are worried about the aesthetics of the original vita analog, there will be splotches of the super glue on it so if you do decide to remove it after some time do so very slowly. If you try and just rip the analog stick of the vita’s analog stick the vita’s inner analog cap will fly off and you will end up with this:

The mod takes about 5-10 minutes max. The tools you will need are as followed:

Step 3: Prepping and installing the analogs-Now for the final steps of this mod. Here is where you wanna get your drill and attach your 7/64″ drill bit and drill a hole straight into the center of the analog. Reason for this is you want to have analog to have a strong base when you superglue it on top of the vita’s analogs. Get out that Krazy Glue and fill up the drilled hole and spread a small amount around the bottom. Once you’ve done that get out your vita and pop the nubs straight unto the vita’s analog stick. Try and get it as centered as possible. 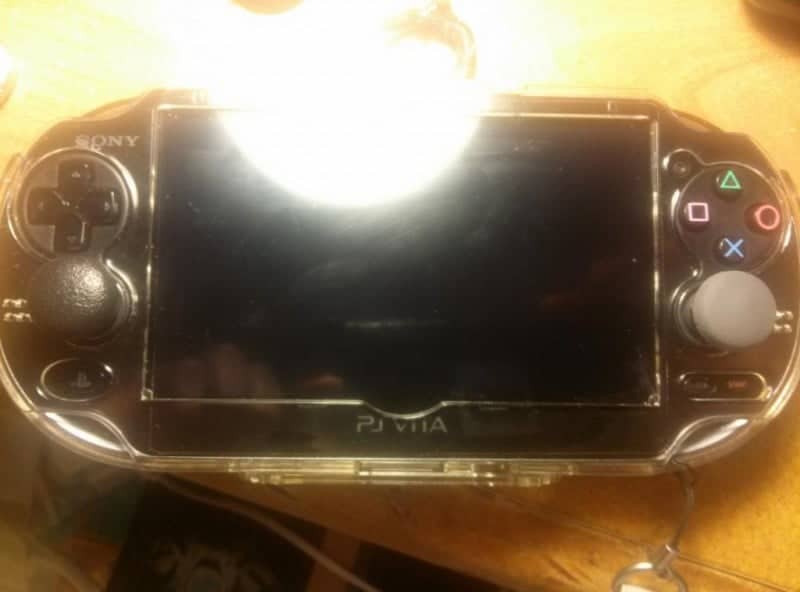 Previously after I shaved them, I had super glued them on top of my vita’s analog and one of the nubs fell off. That’s when I decided to drill the holes, fill them with the glue THEN attach them to the vita’s analogs. Worked much better and is much sturdier. Your end result should be like so. Give the glue about 10 minutes to dry and settle. Hope this motivates you guys to try little things here and there with your consoles. Thanks for the read! I’ll see ya next time.