PS4 Gets Another Useless Update… 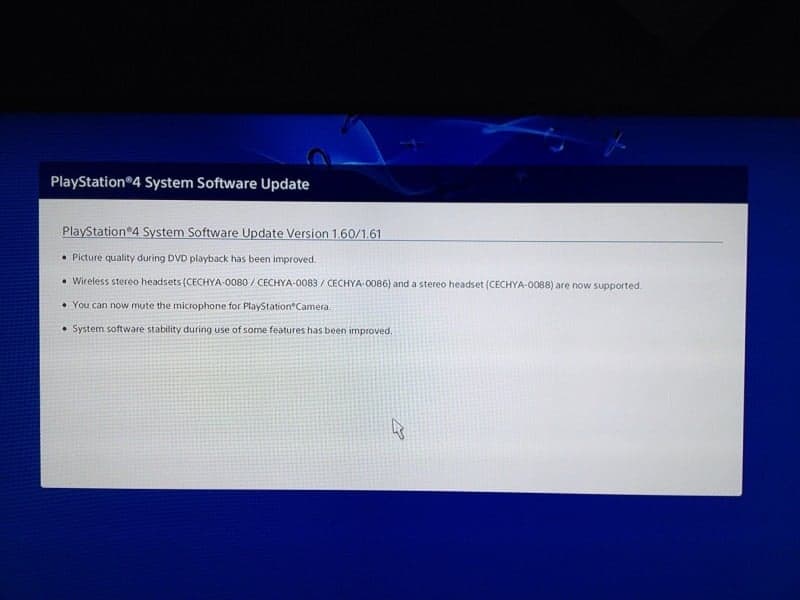 Sony is at it again with it’s useless firmware updates. This latest one comes in the form of 1.61 for the PS4 and of course is a mandatory update. As you can see from above, Sony didn’t even bother to create a new changelog for this firmware, they simply used the last one. “System …Blah… Stability …Blah…”

My questions to Sony are these. ‘Now we have 2 PS4 updates, 1 PS3 updates and 0 PS Vita updates in the last two months, where is the Vita update?’ And ‘when are we going to get a useful PS4 update, for example, one that lets us download/back up Vita games like the PS3 does?’

With world wide PS4 sales just passing the 5.3 million mark, and the system being released on it’s home turf in 4 days, one would think adding a decent firmware update with new features would be pretty high up there on Sony’s to do list. Unfortunately, all we have gotten in every update is useless crap. Sony has had more than 3 months to add some new features to the PS4 and Vita/VitaTV, and we get is ‘system sability.’ Hey Sony, ***NEWS FLASH*** my system is stable enough! Add some features that matter! And no, I don’t care about your $100 headphones…