Well, it is yet another sad day in the Vita scene. A day that may be remembered as the ‘death of the ninja release.’ If you haven’t heard, the PSP game FIFA 11/12, available in the US, JP and AU PSN stores is probably your last chance ever to be able to run the eCFW TN-V on your PS Vita or your PS Vita TV if you don’t already have one of the other exploit games, time is ticking away. SO GET IT FAST. Generally these exploit games are publicly announced on Friday night/Saturday morning, depending on where in the world you live, so the end user has the whole weekend before Sony pulls it. But like the last ninja release (Ben 10 Vilgax Attacks) FIFA 11/12 has been leaked by some idiot seeking his 15 minutes of internet fame. Also, because this is the second game to be leaked and pulled early, so we may never see a ninja release exploit game for TN-V again. The Devs who work their asses off, FOR FREE,  to bring you these exploits will probably say ‘screw it,’ and just keep the exploit games to themselves, rather than releasing them to the public, because of crap like this. Because of leakers seeking to get an extra 10 youtube views or 5 twitter followers. 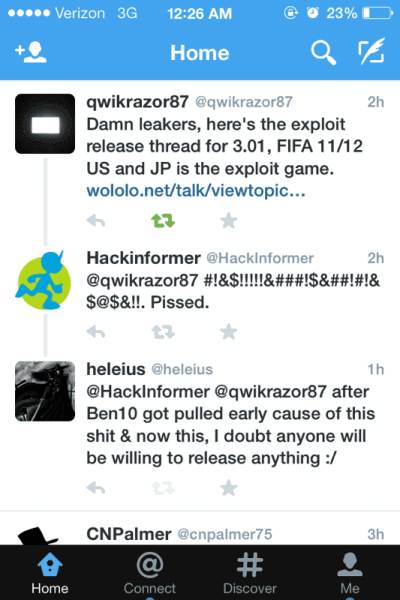 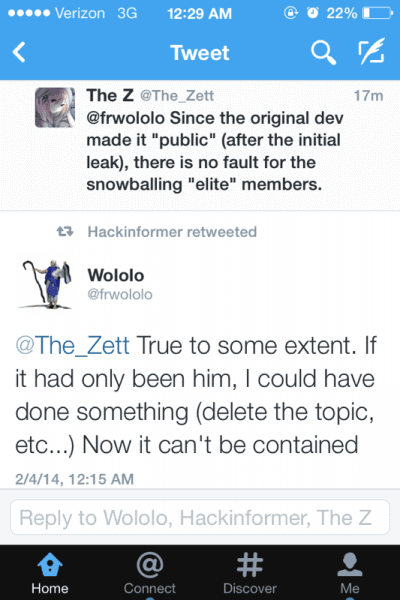 I wouldn’t be at all surprised if by the time you actually read this article FIFA 11/12 is getting ready to be pulled from PSN, so again, if you don’t have an exploit game and want to run the eCFW TN-V on your PS Vita or PS Vita TV, go buy and download directly to your Vita/Vita TV the PSP game FIFA 11/12 on PSN before it is too late. This will probably be the last chance ever to run eCFW on your Vita if you are not currently running it already.

Recap: GO DOWNLOAD FIFA 11/12 DIRECTLY TO YOUR VITA/VITA TV IF YOU DON’T HAVE AN EXPLOIT GAME ALREADY AND WANT TO RUN eCFW!! Don’t download it to your PS3, don’t save it in your downloads list. Download it directly and immediately to your Vita/Vita TV!

P.S. A heartfelt ‘fuck you’ to the leakers for messing up peoples chances of getting the exploit game that have been patiently waiting for FIFA 11 to be announced so they can run eCFW on their Vita/VitaTV’s… It is because of crap like this that we will proably NEVER see another public release again…