PS4 console gets ‘Red Line of Death’ to avoid overheating 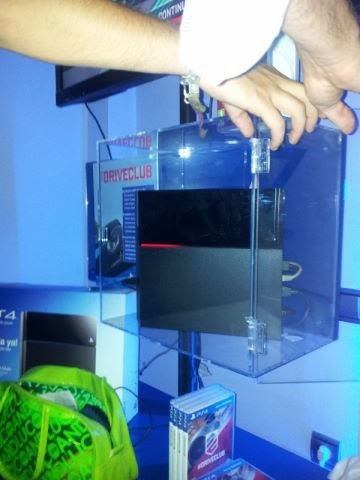 Usually lit up in blue, the PS4 was on display in an unventilated plastic case when the blue light turned red. The forum poster claims that a message showed up on the screen that said the console had a very high temperature. From the sounds of it, it didn’t mean that the hardware was fried or anything. According to the report, once the console was given some room to breathe, the error message was gone and the light returned to its normal blue color.

Let’s just hope that Sony and Microsoft have learned from their hardware mistakes that brought us the Red Ring of Death fiasco, and Sony’s more muted Yellow Light of Death issues. It would be a bitter pill to swallow if these consoles have the issues that their predecessors did.

Since it’s pretty easy to photoshop something like this, we’re gonna chalk it up to rumors at this point. We’ll find out soon enough however, the PlayStation 4 launches in one month’s time on November 15th.