The Vita scene has been jumping around with all kind of goodies ever since UVloader was released and many of us may have thought epsp was out the window with the recent patches to the Vita in FW3.51-3.52.

@HackInformer they must have been too caught up with yifan's PSM hack. D:

Well we have some good new for all you epsp fans as Qwikrazor87 is back from his hiatus and has discovered that Sony did not patch one of the kexploits. It’s still unknown if this will work on FW3.52.

Now there are still a few obstacles in his way like Ark seems to crash when running it and he does not have a usermode exploit to go with it. That’s not a super big deal at the moment as Qwikrazor87 has surprised us all before with his finding and doesn’t take him to long to work his magic.

also no game exploits to give out a kexploit with. D:

We might be in luck as xmaxkatsu may have a usermode exploit to go with this Kexploit seen here in this tweet.

We will keep you updated on this recent discovery, but for now this is great news thanks to Qwikrazor87 and lets just hope for the best.

Update #1: katsu’s files have just been confirmed working on 3.51!! 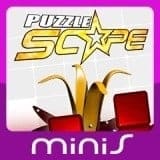 If you are on the newest firmware and own the PS Mini game “Puzzle Scape” we need your help to test it out on 3.52!

THIS IS ONLY A PROOF OF CONCEPT!! It does not run TN-V or VHBL. It’s only to show you that the exploit will trigger..

Here are the files for a simple colorflasher PoC:
http://www.mediafire.com/download/0181khezkzaeezc/NPEZ00001SCENE0_COLORFLASHER.zip
(just start the game select “Gallery” and load the savegame)

So please report back! Thanks!