There’s been a lot going on in the PSVita hacking scene from the native hack (UVLoader) to homebrew and emulators. Today xmaxkatsu showed us a few pictures on the internet about downgrading the PlayStation TV. 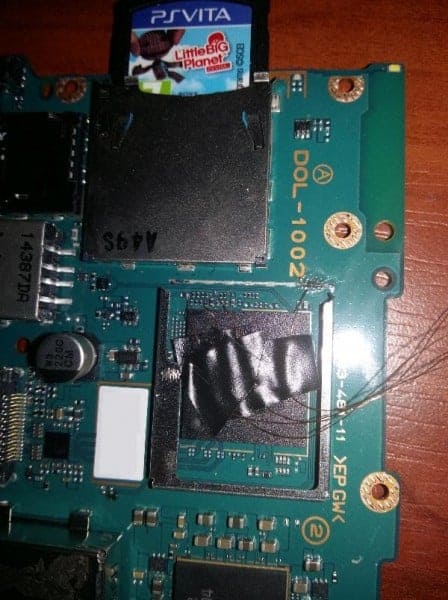 Then smoke called him out on it, so he made us a YouTube video. In the video it doesn’t really show too much of what’s going on or any of the processes that he takes to get there.

I personally don’t believe anything @xmaxkatsu says / does until I see someone I trust replicate it successfully.

So there could be a possibility that PSTV might be able to downgrade with hardware not software. So for the time being here is the video and you be the judge of this.

I like to get everyone the right info and I like to help others get the most from there electronic devices. I enjoy playful cleverness and the exploration of technology. My Motto: You own it, you can do whatever you want with it.
@HackInformer
Previous 3DS: Fire Emblem IF (Fates) English Menu Translation Patch
Next First native NES emulator for PS Vita released