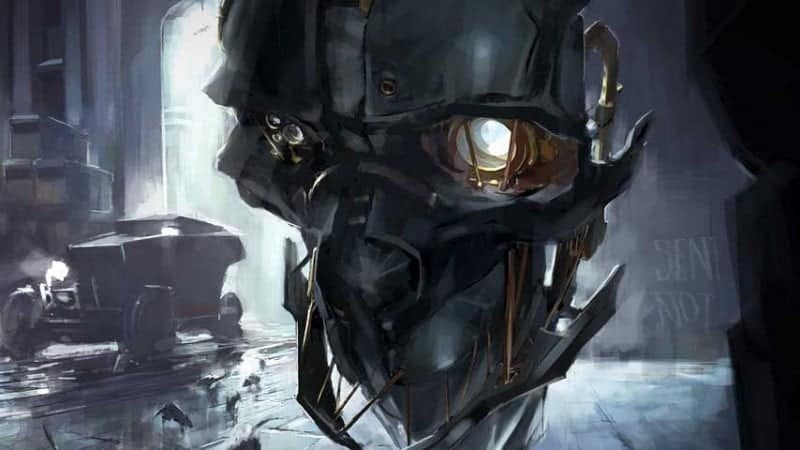 Dishonored 2 Officially Announced plus Dishonored: Definitive Edition Coming in August for PS4, Xbox One and PC

For the first time ever, Bethesda held its own E3 conference, and boy was it filled with an insurmountable level of awe. From Elder Scrolls Online to Fallout 4, the most outstanding announcement, even though it had been leaked last week, was that of Dishonored 2.

Explore a world unlike any other as either Emily Kaldwin or Corvo Attano – both powerful assassins with their own unique set of supernatural abilities, weapons and unusual gadgets. Define your own playstyle by blending immsersive first-person action, assassination, stealth, mobility and the game’s brutal combat system. Combine the tools at your disposal to creatively eliminate your enemies whether you choose to pursue them unseen or ruthlessly attack head on with weapons drawn. Show no mercy and leave chaos in your wake or find a more subtle way to eliminate your targets. More than ever the choices you make will determine the outcome of each mission, and ultimately the game.

Dishonored 2 is set 15 years after the Lord Regent has been vanquished and the dreaded Rat Plague has passed into history. An otherwordly usurper has seized the throne from Empress Emily Kaldwin, leaving the fate of the Isles hanging in the balance. As either Emily Kaldwin or Corvo Attano, travel beyond the legendary streets of Dunwall to Karnaca – a once – dazzling coastal city that holds the key to restoring Emily to power. Armed with the mark of the Outsider and powerful new supernatural abilities, hunt down your enemies and forever alter the fate of the Empire.

Here’s your first look at the official trailer:

Arkane Studios showcasing the sequel to their 2012 stealth-action game, had debuted the official CGI trailer. The trailer showed a stealth-like Corvo, however to our surprise was actually Emily Kaldwin. The details of the games release is scheduled for 2016, however there is a light at the end of the tunnel.

Arkane Studios have announced a Dishonored: Definitive Edition, which includes all the DLC for the PS4 and Xbox One. The game is highly recommended, especially if you haven’t actually played the first one, or even if you want to just relive the game in all its glory on the current generation graphics capabilities.

The studio announced that Dishonored: Definitive Edition will launch at a later date this year. August 25 in North America and August 28 in Europe at €40/£30/$40.

In The Knife of Dunwall, take on the role of Daud, the legendary assassin who killed the Empress. After assassinating the Empress, and forever changing the fate of Dunwall, you embark on a search for redemption. Gain access to Daud’s new weapons, gadgets and supernatural abilities as you traverse through parts of Dunwall yet unseen, including the city’s whaling center, Rothwild Slaughterhouse, and the heavily guarded Legal District.

Continue your journey as the legendary assassin, Daud, in The Brigmore Witches. This conclusion to Daud’s story will put you at odds with warring gang factions and the dangerous Brigmore witch coven. Journey through undiscovered locales within Dunwall, including Drapers Ward and the Brigmore Manor, where you will be met with supernatural forces that test the limits of your new weapons and abilities.

In Dunwall City Trials, experience Dishonored’s flexible combat system, stealth game play, and distinct settings in a whole new way as you make your way through 10 distinct maps that feature a variety of challenges. Put your stealth, combat and mobility skills to the test as your clear demeaning objective, unlock new achievements and secrets, and climb up the global online leaderboards.

I like to get everyone the right info and I like to help others get the most from there electronic devices. I enjoy playful cleverness and the exploration of technology. My Motto: You own it, you can do whatever you want with it.
@HackInformer
Previous The Vita is HACKED! Native Homebrew & more finally possible
Next Final Fantasy 7 remake coming to PS4?