Well folks, as it seems the drama in the scene is about to continue over at wololo.net/talk..

When just a couple of days ago qwikrazor87’s World of Pool/Pool Hall Pro Exploit was made public, alot of people seemed to have problems and confusion was going on due to the exploits complexity. In a help thread over at wololo.net people were complaining about save issues with the provided ARK eCFW for said exploit and qwikrazor87 was asked to fix the eCFW itself.

As it seems qwikrazor87 is tired of people crying about everything and those who simply can’t appreciate the hard work:

“I’d update TN-C but people would cry about it too.”

And to be honest, I can totaly understand him! He is the most active dev, is always around to help and responsible for almost every exploit we have to play with on our Vitas lately!

This sounds not much of a drama as of now, right? But as it seems once again TN was the one going one step to far:

Total_Noob: “It’s so sad that he can’t even fix it…guys, I’m going to release TN-V for 3.50 when I find my time, otherwise you guys have bought this exploit game for nothing, yeah, useless release in my eyes.”

Obviously this was too much for qwik and so we can enjoy a leaked TN-V11 version:

This .zip file contains a TNV savegame that works just like the TN-X version. A tutorial on how to use it will follow soon.. 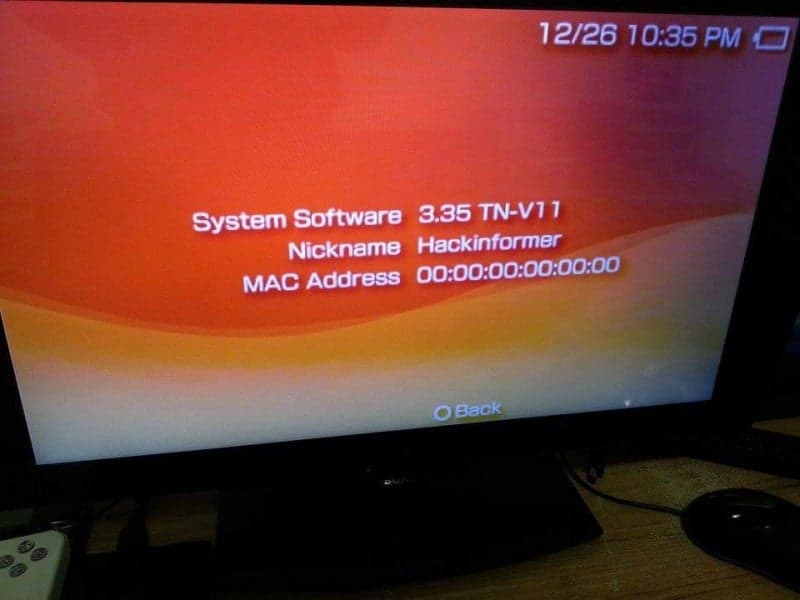 (Qwik also mentioned it to be useable at 3.50 if someone takes a deeper look at the TN.BIN ;))

Here are his own words about the ‘release’:

And if anyone is wondering wtf, I got permission from TN a while back to leak his c.rap.

(scene drama is low right now and I’m gonna be out of internet pretty soon, so yeah)

finally, a justifiable reason to be banned (@frwololo) :P http://t.co/ViV29IeNTS

Speaking for myself I already am entertained but this ‘release’ might just be the beginning though..

WAIT A SECOND! It continues already.. TN just striked back:

Seems we got 2 more kxploits wasted. So enjoy eCFW on 3.50 everyone!

Moin! Occasional programmer, number 2 here at hackinformer.com & creator of the PlayStationGuide. I mainly talk about console-hacking related stuff..
@freakler94
Previous Big PlayStation Flash Sale Starts Today…
Next Most 3.36 ePSP Exploit games are back on the Store & one can run TN-V11!!