Wow, we have a big one today! There’s so much to cover and I will likely only be able to cover so much. Having said that, let’s skip the pleasantries and jump right into the change log for PC and Console, PC only, and console only! 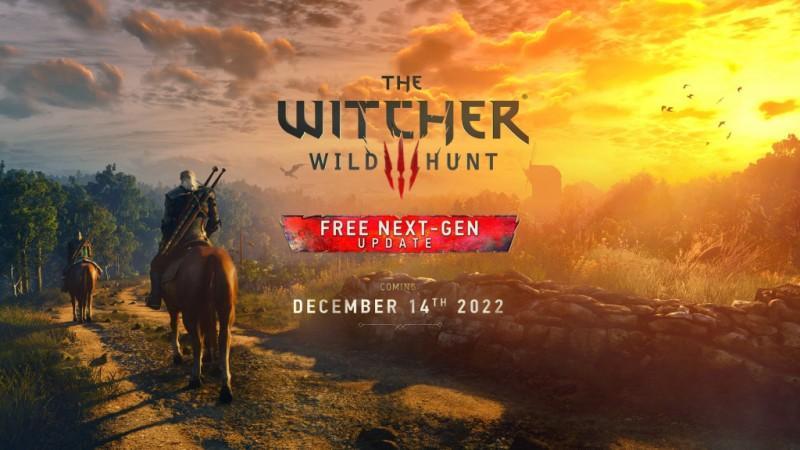 For this review, I won’t be covering the game, per se. There are reviews for Witcher 3 that have been out for at least five years. The game is just as fantastic now as it has been all along. There are, however, extra differences in the gameplay and content that we can cover quickly. First of all, there is now Netflix content by way of costumes and another quest. I didn’t get into any of that in my play of this. I focused exclusively on the visual differences. Additionally, they have fixed some control mechanics that people had taken issue with before like horseback riding. But you can adjust controls as you’d like in the menu so you can really make it your own. 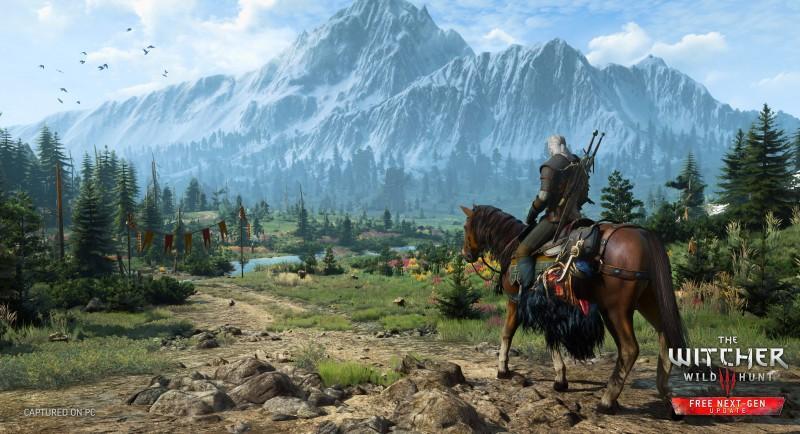 From the moment this game was loaded up, the opening production company screens were even incredibly crisp. This is not something that I typically care about, but I was surprised. I certainly didn’t expect the logos and arbitrary legal text to be in 4K too. But in hindsight, I suppose that it needs to be readable on a 4K display and not be tiny hard to read text. Anyway, onto the actual meat and potatoes of the game.

Once I got to the initial opening meditation menu screen I was able to see so much more than before. A lot has changed since first playing the game half a decade ago. Now I was able to make out the woman pacing in the house beyond Geralt. “Pacing” might be the wrong word, she was slowly walking around in the house. Geralt and the fire and other subtleties in the foreground also looked great. I was definitely excited to see what the rest of the visuals had in store for me.

After the intro cutscene, the game told me I could change several aspects of the visuals. Specifically, I could change up the quality, giving preference to performance instead of visual fidelity. I could also do the inverse and prioritize the visuals and the gameplay run at a higher frame rate. So I decided that I should split the difference between the two for my testing. I then played half with visual fidelity at 30FPS and the other half of the time I played 60FPS, both of which were a treat for their own various reasons. It will definitely be up to you as to which suits you.

When I was going through the various features in the menu, I was having a blast testing things out. One of the more interesting aspects to me is a feature that is turned off by default. If you feel like something is off, it may be this one setting. CD Projekt Red has decided to turn off upscaling enemies. Once I discovered this I left it on no matter which of the two visual settings I was using. I wanted the whole game to look cohesive and having enemies that had faces that matched in quality to the main characters made sense.

To touch back on the cutscenes for a moment, I felt like those are the weakest part of this upgrade. The cutscenes must be pre-rendered because they definitely show their age. It was obvious because they are slightly grainy. It may only be obvious to those of us with larger screens. For example, I was able to see the little blocks of compression on my 58” screen. Maybe the cutscenes were upscaled from 1080p to 4K? But they were clearly not originally rendered in 4K.11 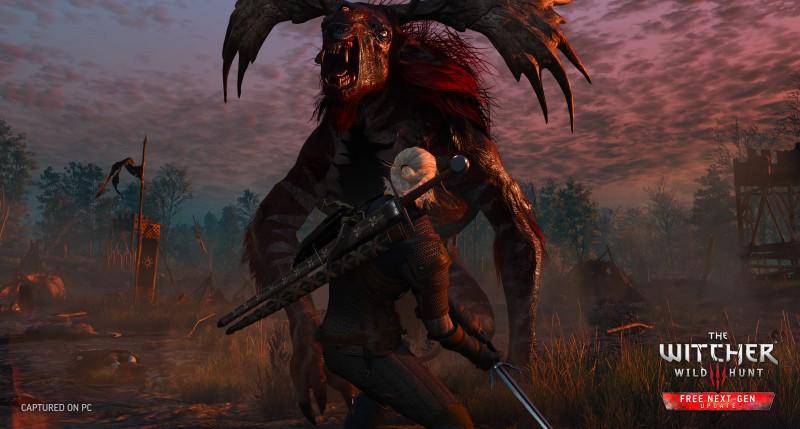 Now let me get out some of my favorite aspects of the visuals; fun things that I noticed. They took the time to show off great things such as inconsistencies in clothing. This could’ve been anything like frayed edges and/or small holes. I could even see on the chainmail where each metal loop was sealed shut. This means I could even tell where there were missing chain mail loops due to battle and age. The leather in the game has a life-like looking texture as it should. This comes complete with noticeable scuffs and creases.

I spent so much time looking at the detail in everyone’s faces. Including pausing and looking at enemies’ faces since I enabled that key feature. Even battle scars looked so real that you could sense the pain in them. You could see the depth of Geralt’s scar which gave it a sense of time and history. All of these details even show up in gameplay in real-time.

Once I was done romping around in the world feeling out the new controls, I decided on the following. My permanent settings in the game would be to leave on the upscaled enemies. I would also ultimately decide to leave on the 60FPS visual setting. My Xbox Series, 4K HDR 58″ tv, and this game with these settings on were made for each other. This really has me jazzed for the remake of The Witcher 1 remake. It will likely look so much better than this since it will be made from scratch using Unreal Engine 5.

They dropped this update right in time for the holiday break! I think this was the best possible idea as it puts W3 in a place to compete with newly released games. Best of all CD Projekt Red released it as a free update at no cost to the end user. All next gen upgrades should be this way, but I understand we’ll likely have to give it time before that happens. At some point, it will be cheaper for a company to release a next-gen update than a whole new game or sequel. Until then, I hope you all have a great holiday season, playing one of the biggest updates I’ve ever seen any game have (across several platforms)! 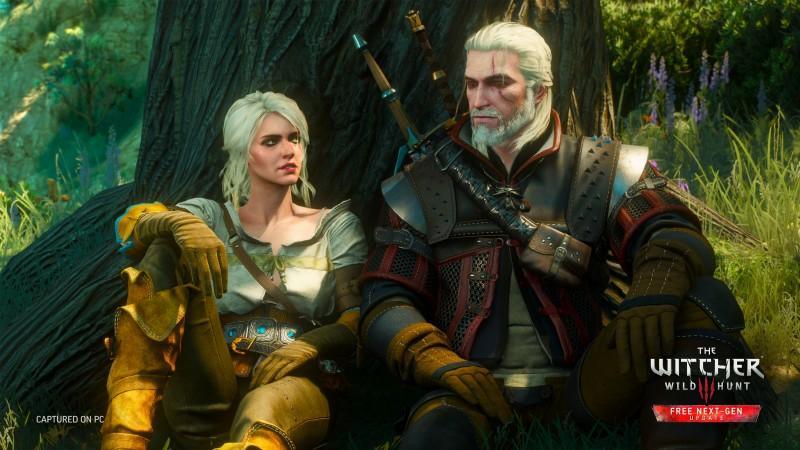