As TVs keep advancing a lot of them are dropping the older inputs they used to have like coax cable or Av input. The main reason some of these inputs are dropped is to cut cost, or so the display can be as thin as possible and lightweight to easily mount on your wall. With more TVs dropping the old inputs a lot of are older Tech just don’t work on it because they don’t have HDMI port. 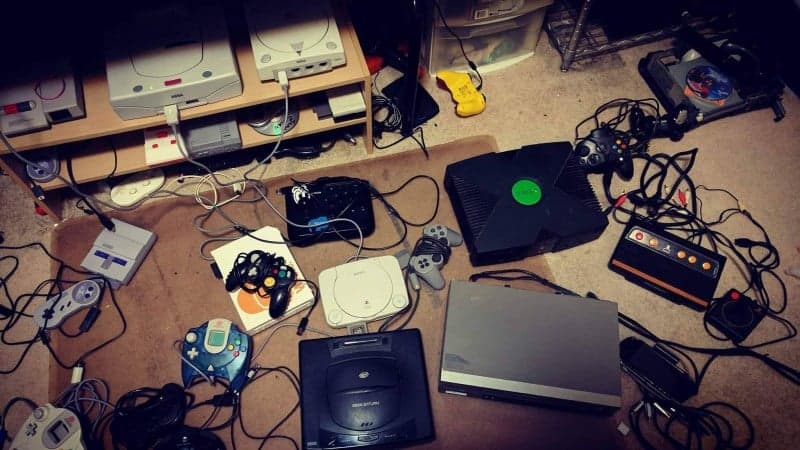 Well, that’s where an Av to HDMI converters come in hand, some of these converters can get very expensive but a lot of them do real upscale and not just convert the signal. If you get into the expensive ones they can cost about $100 or more. Now there is a converter out there that can be found in most retail stores that are very inexpensive that runs anywhere between $16 to $20 and it’s called Old Skool Av to HDMI converter. This converter is very inexpensive and is simply plug and play with two modes 720p or 1080p but did not see any difference in the two modes while using it. 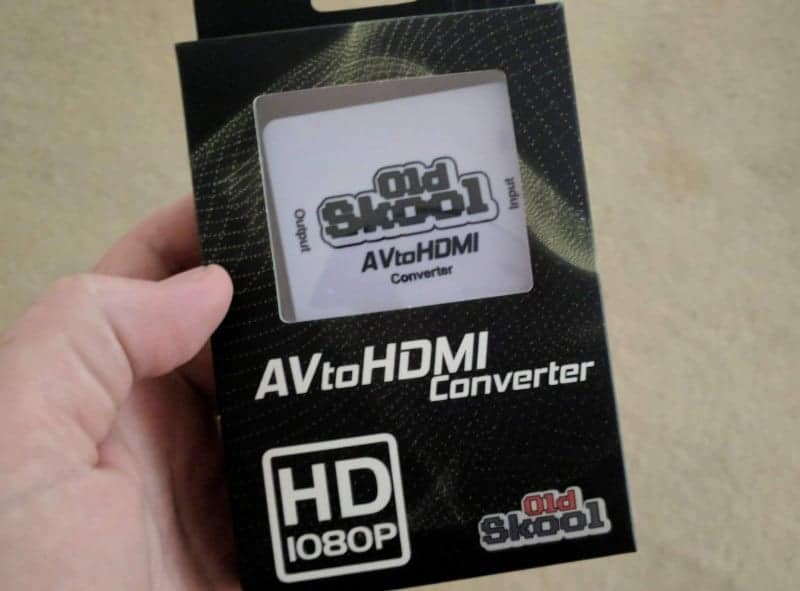 For the past week, I’ve been playing with this adapter and putting it on several different displays to see if it makes any difference or will it work on some monitors that are HDMI display only or even VGA adapter to HDMI. The first thing I noticed with the converter is it wouldn’t work with most computer monitors that were VGA/DVI with the HDMI adapter. The reason I believe that it does not work on those is it either has no audio output or the resolutions on the monitors are just too high and this converter does not reach it to be displayed. Now you’re thinking to yourself well it’s displaying 1080p it would work, not really it’s just psyching the Displays/TVs think it’s displaying at 1080p it does a little upscaling but nothing that’s like night and day difference for some systems, of course, this is not a $100 unit. 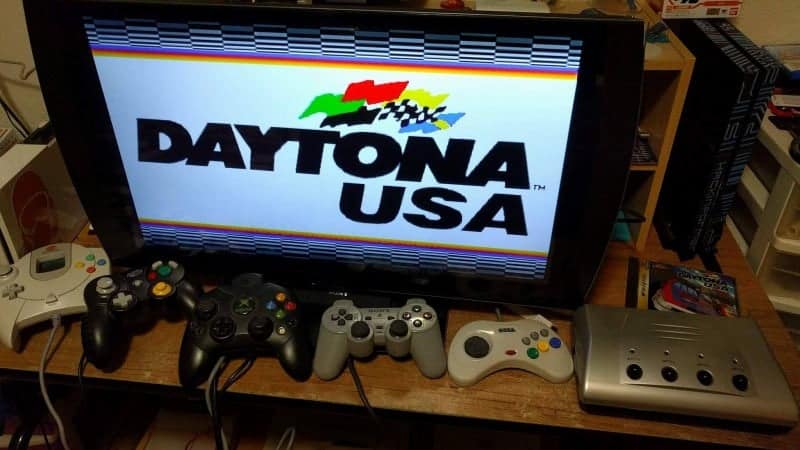 The Av to HDMI converter worked very well with systems that were 32-bit and under in my opinion but not all 32-bit games looked that great either. What I mean by this is those systems actually looked a little better, cleaner, and sharper on the Displays/TVs. Any system that was beyond 32-bits let’s say like the Nintendo 64, PS2, Xbox or Dreamcast it really didn’t help those systems look more vibrant on the TV. Yes, they were working fine on the TVs and playing games properly but you could see a little bit of blurriness or it just didn’t look as clean as the other systems that were 32-bit and below like the NES, TG16, PlayStation, Sega Saturn, etc… 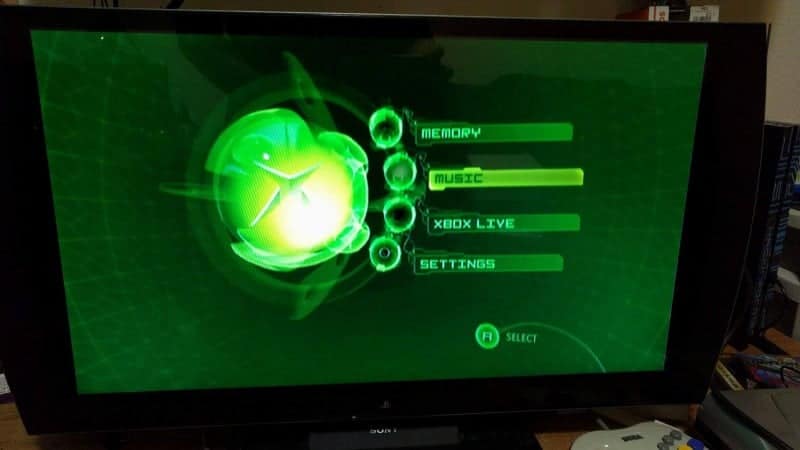 Here’s a great example the old original Xbox actually can display in high-definition especially if it’s modded. You can get the dashboard to display in 1080p which will look very clean and sharp now if I use the Av to HDMI converter on the Xbox you’ll notice that it dramatically down scales and does not look as clean as it should there’s just something off when you look at it like I said before it’s kind of fuzzy or it’s not as vibrant. Now when you go to gameplay let’s say you want to play the game called black a military shooter it does looks okay and playable but I don’t really see any upscaling all it’s doing is converting the signal. The sad part is while testing the Xbox of mine finally died and would not turn back on, oh well, it sucks but it happens with old system sometimes. The Dreamcast had the same results as the Xbox and looked a little blurry if you want the best signal you can get on the Dreamcast its best to go with one of its VGA converts that you can get on Amazon here. 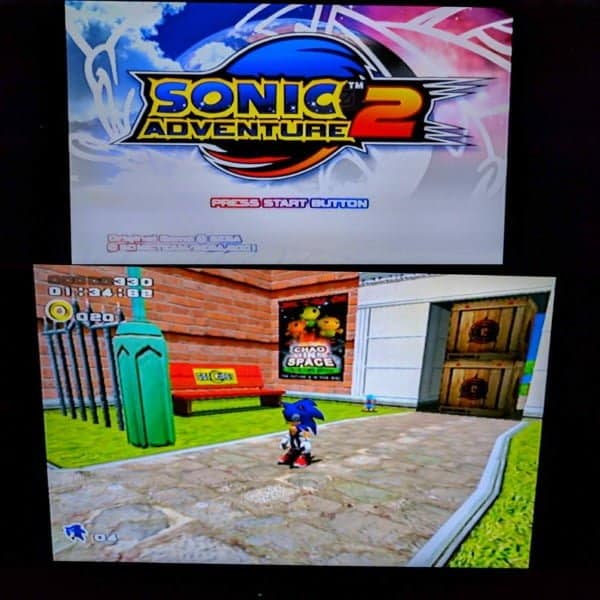 The Nintendo 64 got a little bit cleaner in sharper but not much and the same goes for the Dreamcast or the PS2 those systems looked a little bit better but like I said there was that hazy fuzziness. For the systems that are Beyond 32 bits, in my opinion, it’s best to go look for a converter that actually does upscale, you may have to spend a little bit more money but you will be satisfied with the results that you will get from an expensive unit. 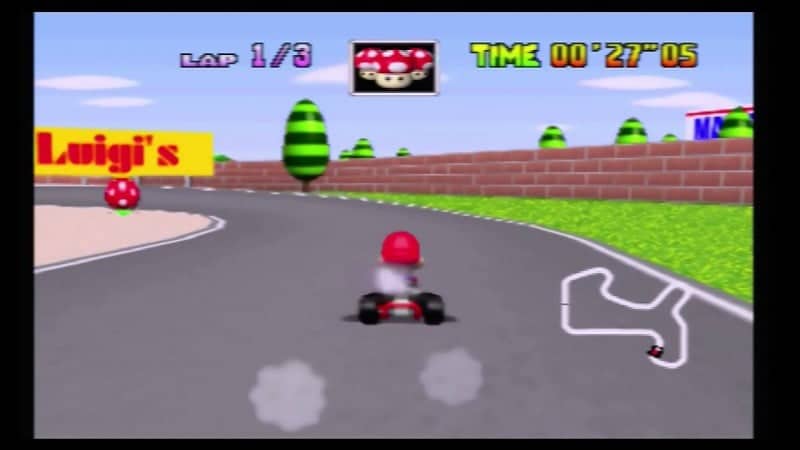 For the other systems like the NES, Sega Genesis, T16, PS1, Sega Saturn, this converter did a good job making them look a little bit cleaner and vivid on some displays and TVs. 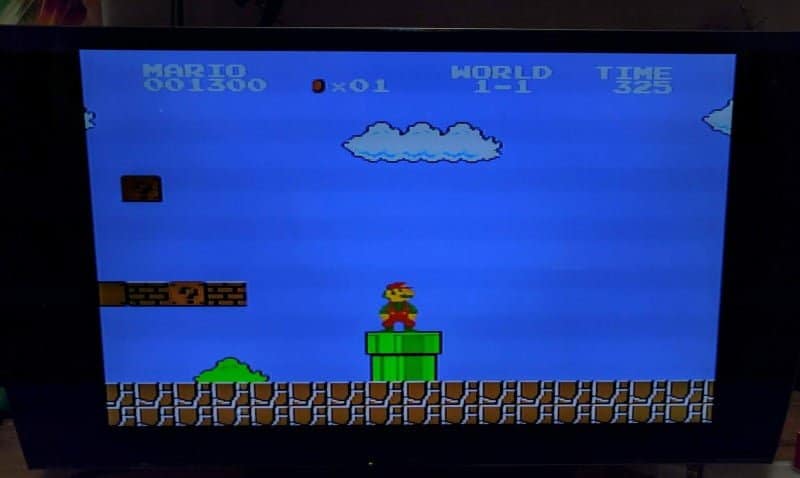 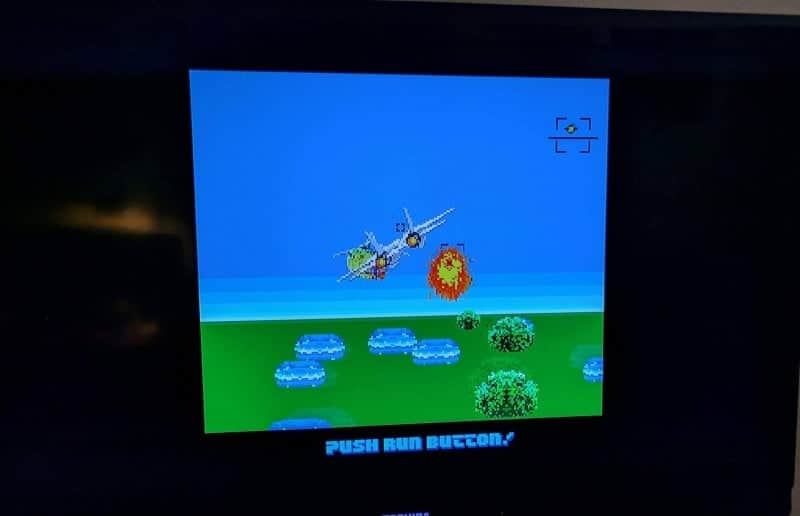 The PS1 was a hit or miss with some games as it either made the game look much better or was total crap and too dark to see anything even if you messed with the display/tv settings. 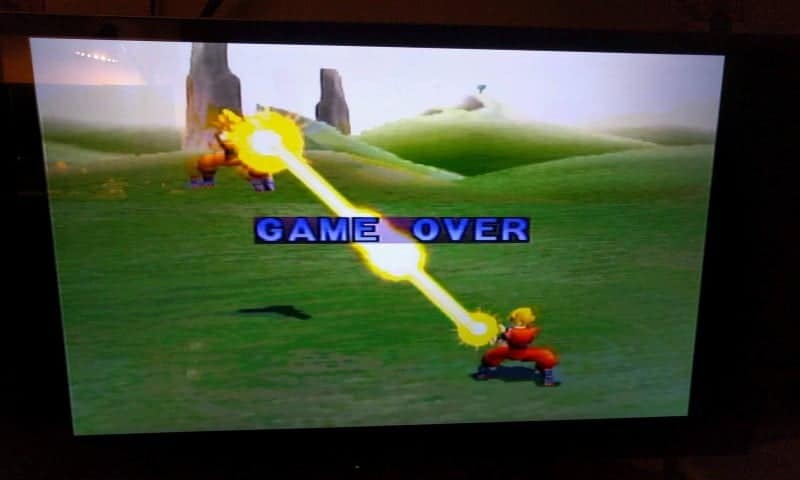 PS1 games that are dark like Tomb Raider were just horrible and not playable, like the picture below I couldn’t see anything. Then other games like DBGT that are very color full played just fine and even looked a little cleaner. 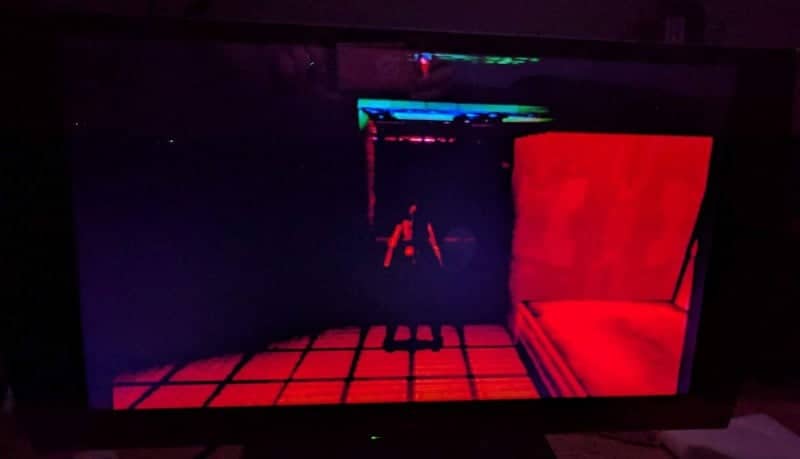 The Sega Saturn looked really good and did not get the same results as the PS1 like if a game was too dark it looked just like it did on an old CRT TV. 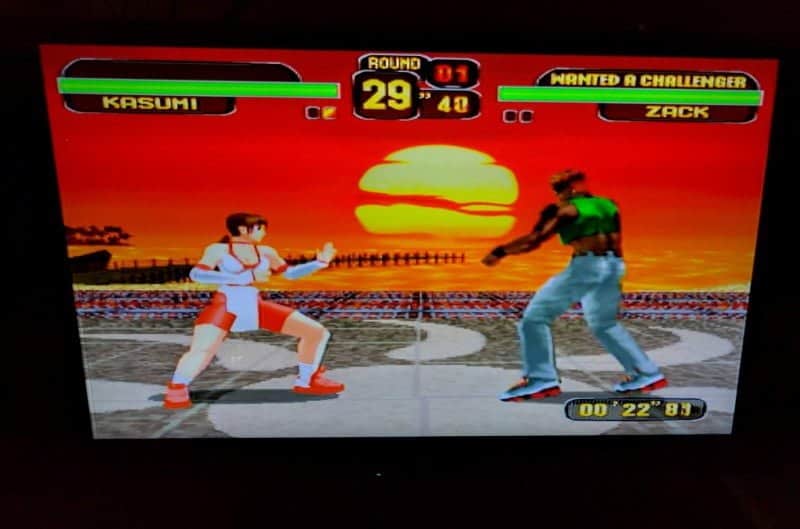 Now if you’re looking for an inexpensive way to get your older systems on your new display/tv this $16 to $20 Av to HDMI converter is definitely for you. It will do the job and make some video game systems look much cleaner like the NES, TG16, and Sega Genesis or even using a VCR for of those old movies you might have lying around. I tested the VCR for giggles and was very surprised how well it looked on the display/tv. So at the end of it all, it does what it says it’s going to do and convert the signal but upscaling is a different story. I give this product a 7 out of 10 because of how inexpensive it is and still does a decent job. 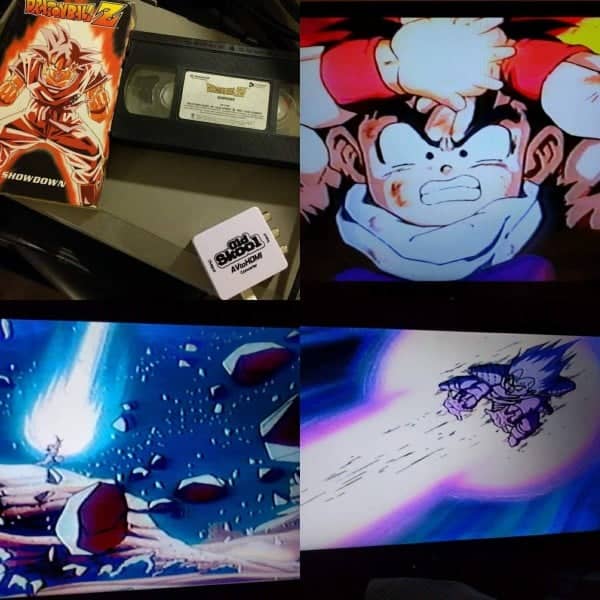 You can find these converters are overall the place like Walmart here but if you are looking for a true upscale I would start looking into the $100 to $300 dollar units especially if you are a streamer or youtuber.

I like to get everyone the right info and I like to help others get the most from there electronic devices. I enjoy playful cleverness and the exploration of technology. My Motto: You own it, you can do whatever you want with it.
Previous Fairy Tail – Review
Next Game Review: WRC 9