When I first heard of the HitBox, I was immediately curious. Since receiving mine, I’ve been in love with it. The HitBox just so happens to have a very unique spinoff that opens up an ocean of possibility: The SmashBox. As you can probably guess from the title of it, this controller was designed with one main thing in mind: Super Smash Bros. (and other platform fighters). Right out of the box the SBox comes with 3 built-in profiles for SSB Ultimate, SSB Melee, and Rivals of Aether, along with HitBox Arcade’s fantastic GameCube adapter, which features a home and start button directly on the adapter! Now, that doesn’t mean that these are the only games you can be using your SmashBox for, I myself over the past 6 months or so have used it for a plethora of different titles and genres, such as metroidvanias like Hollow Knight, platformers like Celeste, and even trying to play Dark Souls with it! The main appeal of this controller to me was being able to use a HitBox style controller for virtually ANY game I’d want to! A dream come true! 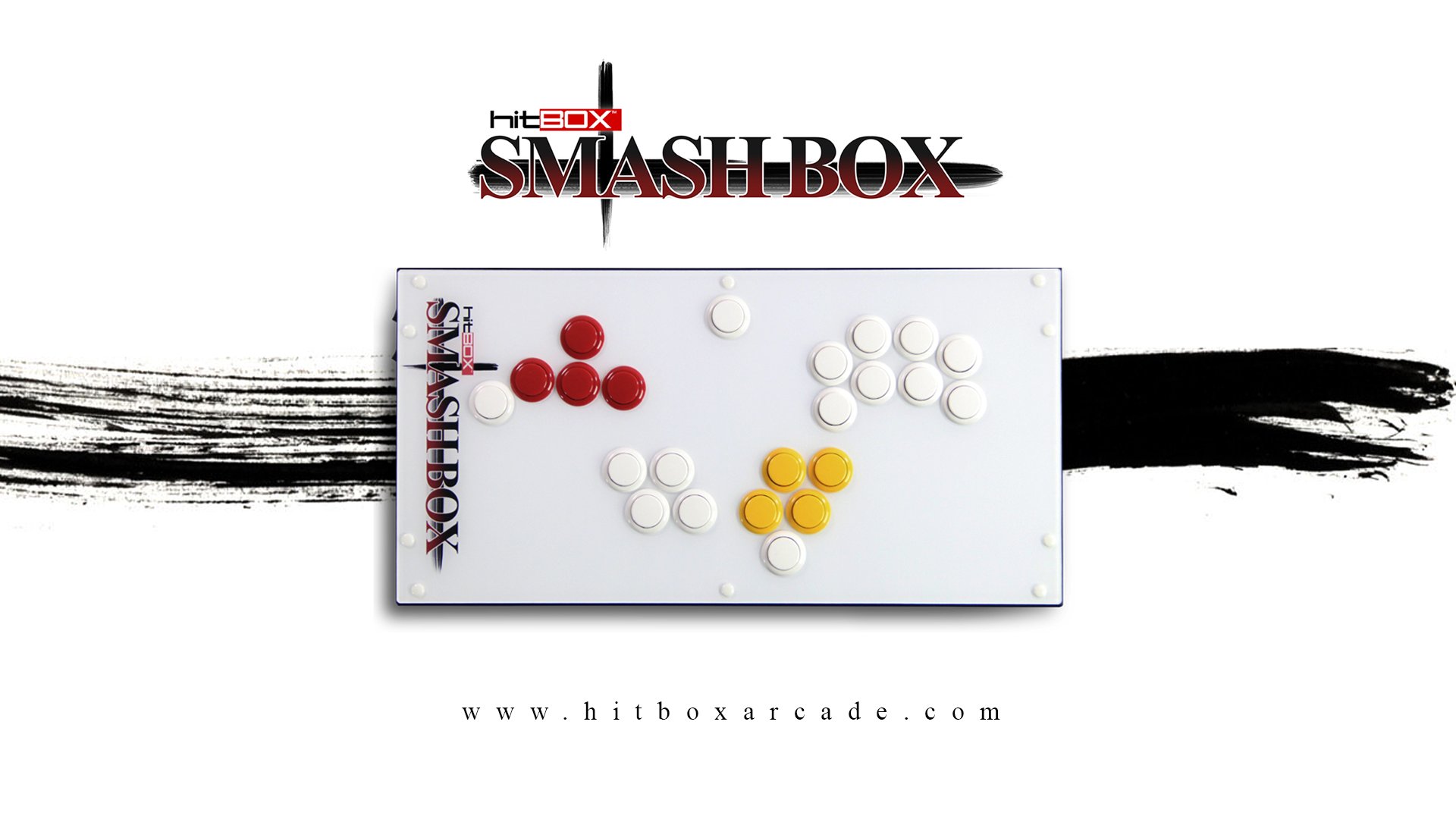 But it’s not all sunshine and daisies when it comes to this, as I do have a few issues with some of the design choices. The SmashBox uses a similar design to its older brother the HitBox, but with more real estate for your arms and wrist to accommodate for the extra buttons, and even has 2 extra buttons near the button right stick buttons and the left analog stick buttons that are reprogrammable in their software available here. Unlike its older brother, the SmashBox only features one button at the top functioning as your start/+ button (like your traditional GC controller), with no buttons up top for other functions. Now, this wouldn’t be a problem for me if I was only using this for platform fighters exclusively, but for other games, it can be a bit problematic. Their software programs buttons like a GC controller, so ZL, ZR, and R get reprogrammed as L, R, and Z, leaving out ZL (making something like parrying in Dark Souls impossible.) As well as having no ZL, there is no way to program a select/- button to anything, making something like checking your map and inventory in Hollow Knight much more difficult. Along with the switch to change profiles on the go, the SBox features a Nunchuk port for those uneasy about switching from sticks to buttons, as well as a USB-B port to connect your SBox to your PC. Now if you were hoping that since you have a HitBox that you can use the cable for that to plug your SmashBox into your PC, unfortunately, that won’t be possible as the SBox has one more pin on its port. I wish that they would’ve opted for the much more modern USB-C port, as these are way more common than a USB-B. These aren’t the end of the world as far as design goes, but I do hope that one day we can get an updated button remapper to add these button options in the future, as well as maybe a V1.5 that has a USB-C Port and maybe even the same cable port as the HitBox features. The SmashBox in my eyes is still a very worthwhile purchase, providing a new depth to SSB, as well as providing a new way to experience other titles from Celeste to SMM2!

To someone like me who loves arcade-style controllers, this is almost the perfect controller for me. For someone who has never touched anything like this, I will say the learning curve will be STEEP but WORTHWHILE. Like making the switch to any unfamiliar controller, things aren’t going to be easy at first, but once you break through that hump, endless possibilities become feasible at the tips of your fingers resting on some Sanwa OBSF buttons. Huge thanks to Shawn, Dustin, and Cameron at HitBox Arcade who always take care of me, and for being so patient in waiting for this review to come out!