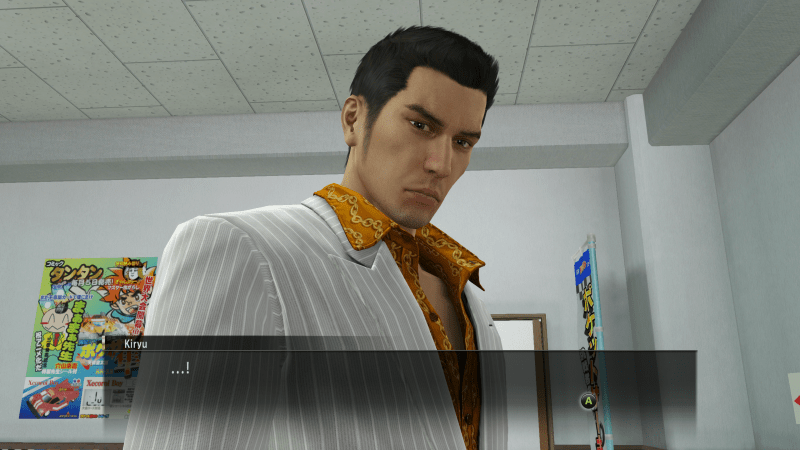 The 80s were a wild time. Let’s take a trip back to that period in Japan. Here we learn of the origin stories of Kazuma Kiryu and Goro Majima in arguably their best appearances. This is a prequel to the franchise, which sets the tone for the franchise as a whole. Both Majima and Kiryu cement their lay the foundations for their legends in this adventure. Let’s get ready for FEVER TIME in our review of Yakuza 0! 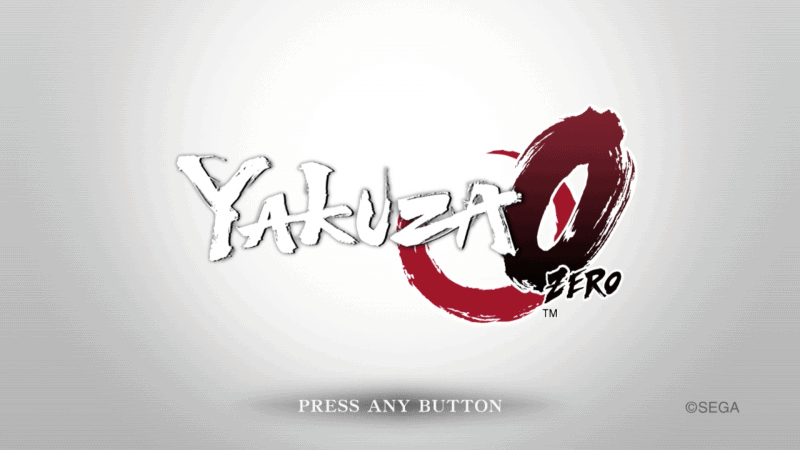 This is the story summary from the official website: 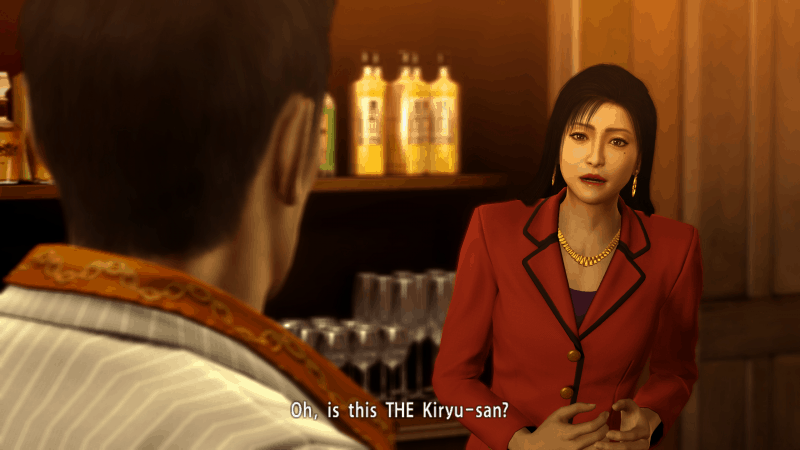 Prologue:
December 1988 – Japan
The winter was chilly but electric in Kamurocho, the premier entertainment district in the east. Here, money buys luxury, and luxury is a way of life. With the nation’s economy at the height of a boom, the people of Kamurocho believed that nothing they could wish for was out of reach. But there are some places where money only goes so far.

A vacant lot. A humble square of concrete and weeds, hardly the size of a parking space.

The Kamurocho 21st Century Revitalization Project is underway, and to own the land is to hold the power. Whoever can obtain the final piece in the puzzle, this tiny patch of ground, will have the leverage to change the balance of the city and spearhead a mammoth commercial property known as the Millennium Tower. Two men are flung into a conflict they do not yet comprehend. Those in power have every intent of burying them in this sea of change, unaware that they were setting events into motion that would give birth to legends.

The Tale of Kazuma Kiryu
Member of the Dojima Family, a subsidiary of the Tojo Clan
Age: 20

In the streets of Kamurocho, light and shadow are two sides of the same coin, striking a rare and harmonious balance. While most live their lives on a single side of this coin, one man finds himself spinning in the middle. He has too much darkness for the light, and a sense of justice too bright to stay in the shadows. In a city filled with dreams and desires, he may be the one person who doesn’t know what he wants.

One night, Kiryu goes out on a simple job befitting of a fledgling yakuza: collect on an overdue debt on behalf of a loan shark in league with the Dojima Family. But when his mark turns up dead the next morning, Kazuma Kiryu finds that he has become a murder suspect. Unaware of the massive conspiracy he has been pulled into, Kiryu sets out to clear his name…

The Tale of Goro Majima
A former yakuza, now Manager of the Grand
Age: 24

While a disquieting shadow falls over Kamurocho, one corner of Kansai was emitting just as much heat. Sotenbori, Osaka. A city overcrowded with people delirious from their neon light-induced fever. From the ashes of a cabaret on the brink of closure, the “Grand” rises to the number one play spot in Sotenbori, and its manager becomes known throughout the city as the “Lord of the Night.”

With an air of sophistication and danger, his dashing figure pierces the dazzling lights. Money, fame, women — Goro Majima has everything… except what he actually wants.

Majima is serving a sentence, and Sotenbori is his cage. He yearns to rejoin the Tojo Clan from which he was expelled, and one day, that opportunity presents itself. But the choice he must now make will have consequences that will reverberate through his entire life. 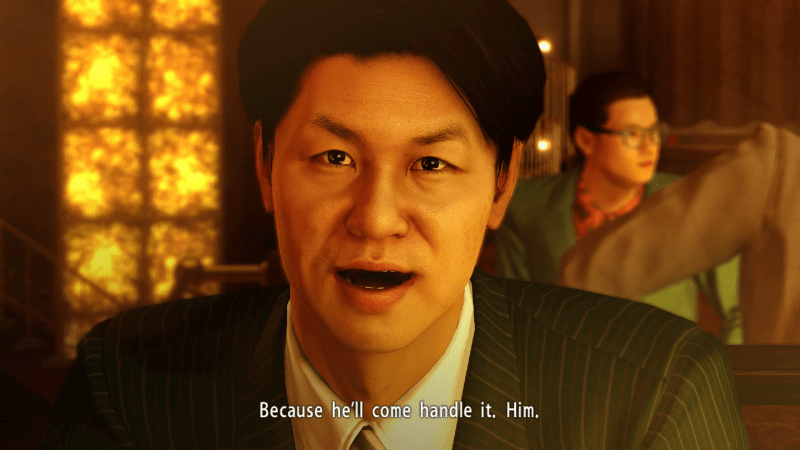 As a fan of the franchise, Yakuza 0 has the best story of the entire franchise to date. I am not the only individual that feels this way either. You learn about the origins of Kiryu and Majima, fan favorites of the franchise. An expertly crafted story, with lovable characters, and a memorable experience is what lies in wait in Yakuza 0.

Outside of the characters and appropriately paced narrative being told in Yakuza 0, there is much more for the play to discover and learn why Yakuza 0 (and the franchise as a whole) is a beautiful experience. From being a gang member, to head of a club, to even a real estate agent, there is something for everyone in Yakuza 0. 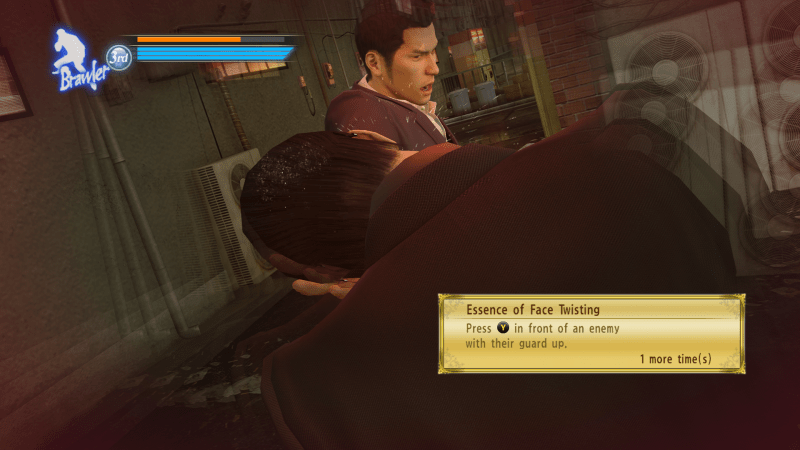 Gameplay in Yakuza 0 is simple and easy to pick up. Veteran fans of the franchise know that the gameplay formula has not changed (just improvements have been implemented) since the inception of the franchise. Newcomers will be greeted with several tutorials for each new gameplay mechanic as it is introduced in the game. 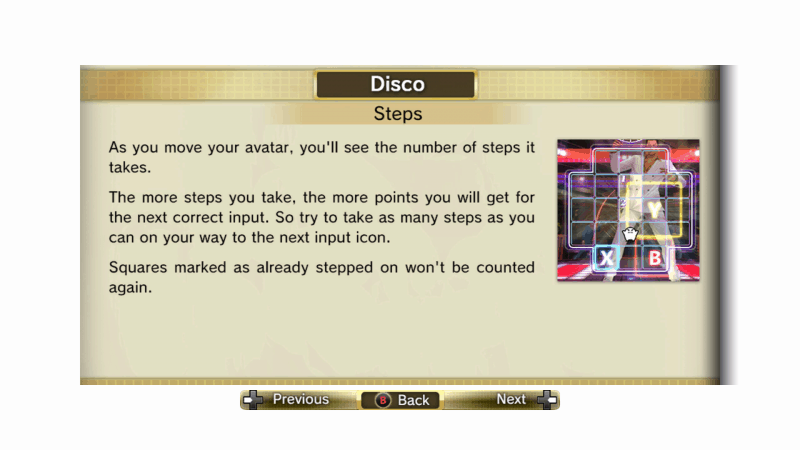 In addition to just fighting (fighting styles) and exploring, Yakuza 0 has minigames and side quests, and there is a ton of them.  While not fighting thugs, Yakuza gang members, or others, the world has much to discover and have fun with. A small list of things to do is found below: 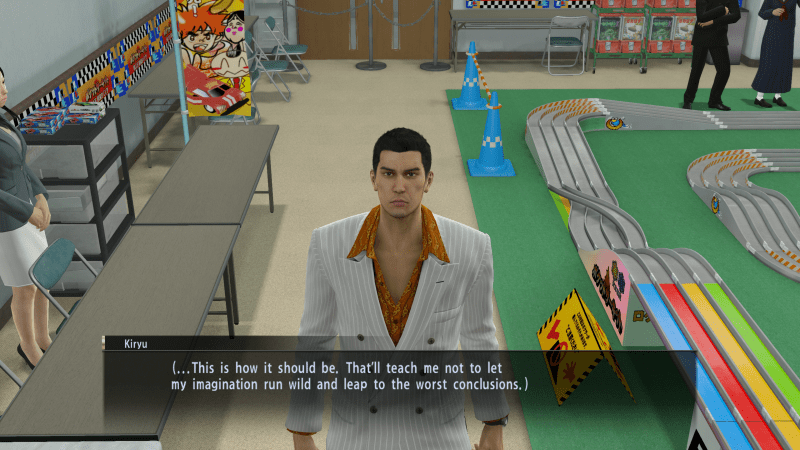 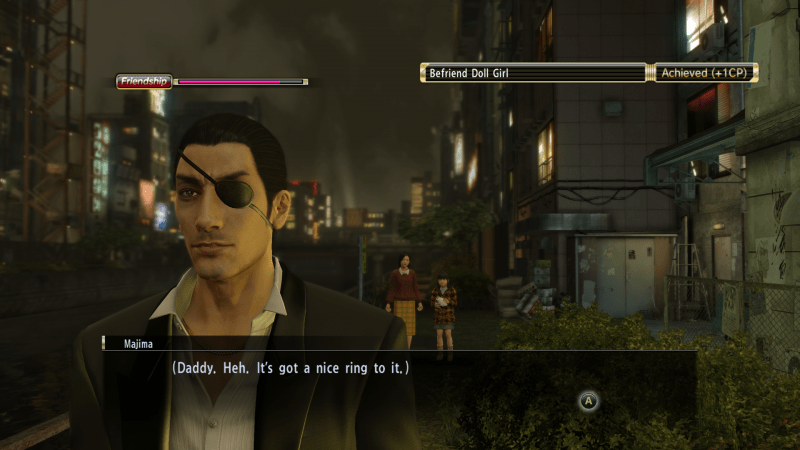 That is Majima, who is arguably the best supporting role in the franchise. He has a front-row seat of being one of the two main protagonists in this game, and his gameplay is a fresh change of pace. Players will learn his different fighting styles, as well as Majima, being himself in all other content outside of the story. It is refreshing to play as him and Kiryu as they contrast in several different ways.

Audio-wise, Yakuza 0 does a great job of keeping the player immersed. The game is Japanese voice-work with English subtitles. The voice actors who are lending their talents to the roles do a fantastic job. The overall atmosphere does best to make you feel like you are in the worlds of Kamurocho and Sotenbori. As you walk around, either as Kiryu or Majima, you get that sense of feeling of being there. From hearing all of the different noises and people talking, Yakuza 0 does a great job of delivering on that role. Even during minigames or other content, the team does a great job making you fully immersed.

Visually, Yakuza 0 delivers slightly better visuals than the PS4 version. However, unless you take the time to examine it, the differences are not at all noticeable. Outside of that, the game itself is visually stunning. The developers did a great job of capturing the overall atmosphere and feeling of these locations visually and bring them to life. 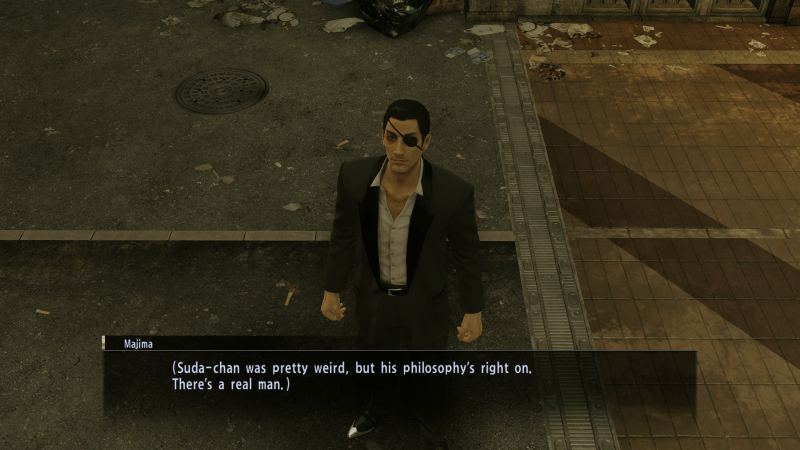 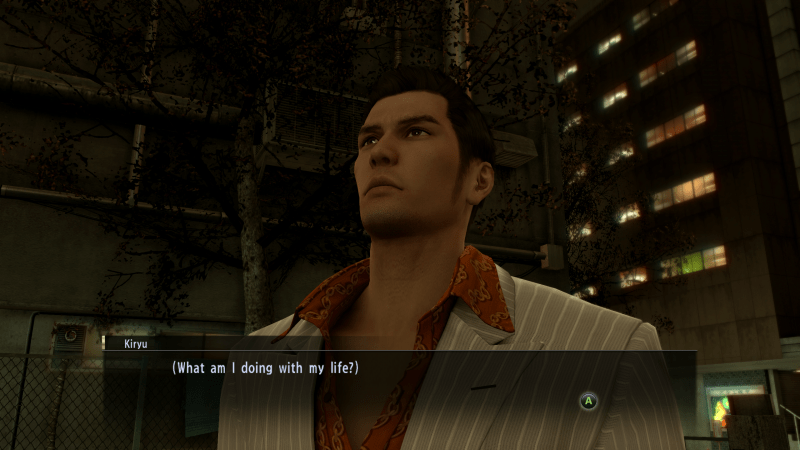 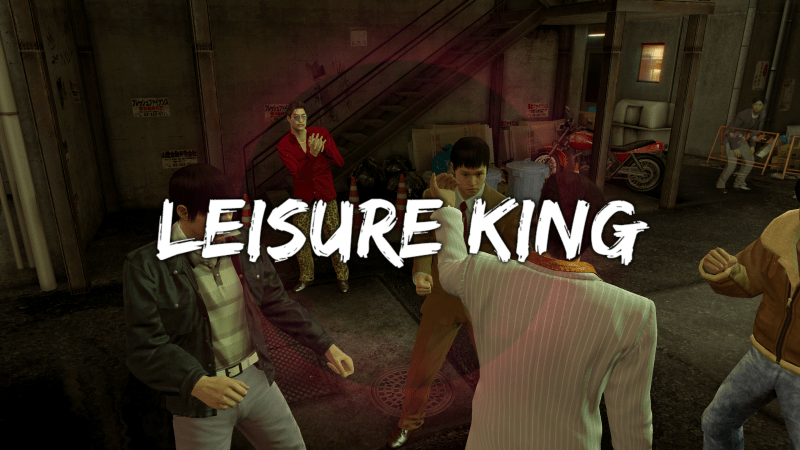 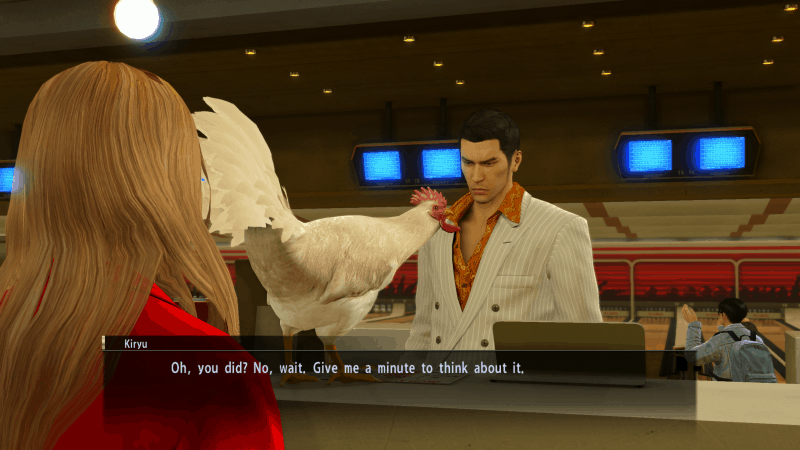 Yakuza 0 is fun. There is much to do, much to discover in and out of the story, and it is all entertaining. I can honestly say the only thing that seems tedious in Yakuza 0 is the combat itself. It is not dull but does get repetitive very quickly. This is especially true when you learn how to exploit attacks. The side content itself is some of the best I experienced in gaming to date. 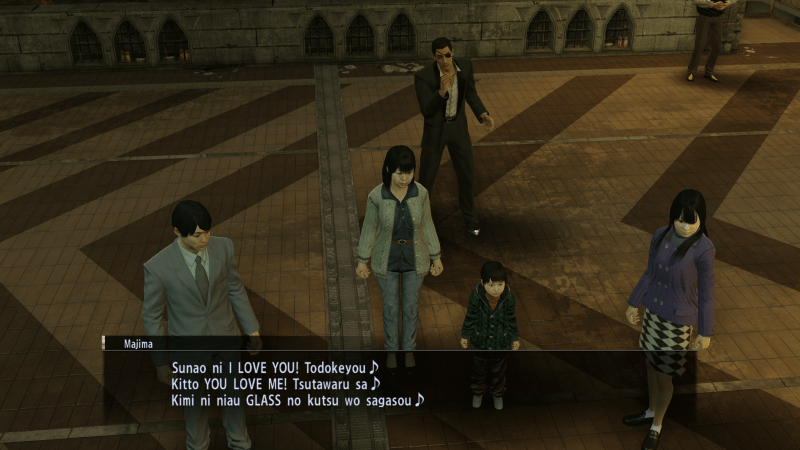 Replay value in this game depends on the player. Sure, you unlock premium adventure and harder difficulties as you beat the game first time. Additionally, there is much to do in the worlds of Kamurocho and Sotenbori as Kiryu and Majima. It may be a worthwhile experience to replay some of the content found in these areas, whether for completion or enjoyment. 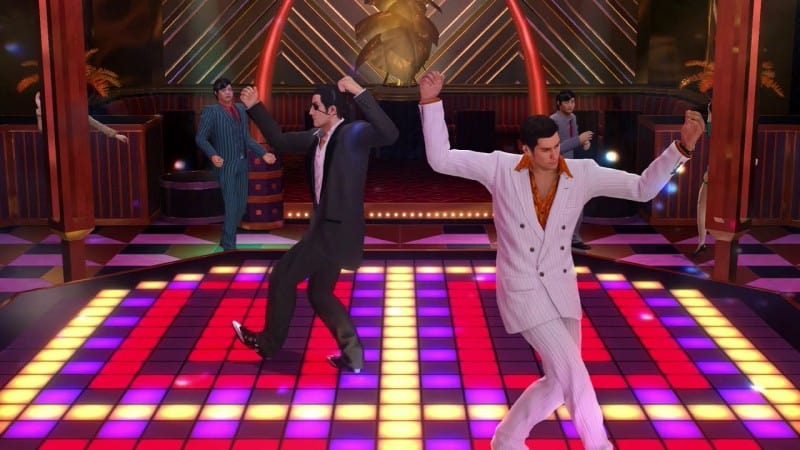 Yakuza 0 sets up the legend of Kazuma Kiryu and Goro Majima. It does a fantastic job in doing creating a prequel that delivers as what is regarded the best in the franchise. With much to discover, encounter, and enjoy from Yakuza 0, Players will find themselves immersed in a grand world. From fighting random thugs to teaching an S&M employee how to do better at her job, this game is a delight.

Hats off to Sega and the development for being able to put this on Xbox One, PC, and Gamepass. The Yakuza franchise is something special, and almost all gamers can play 0 on all platforms (excluding Nintendo Switch. Hopefully, one day that becomes a reality too). Welcome to the world of Yakuza 0, and I hope you enjoy your adventure in it.

– Until next time, Mgs2master2 out

A gamer and jack of all trades. I enjoy many things, but overall just enjoying life. Hopefully, I can add enjoyment to your life through my articles or interactions.
@mgs2master2
Previous Unc0ver updated to 4.3.1
Next Review: Switch Accessories from KMD