This article is just another addition in a long string of articles that we’ve been doing. The series is basically searching out and finding HD solutions for retro consoles. These solutions should be plug and play by nature. Whether they upscale or are just pass-through will obviously be explained, so you can decide. We’ve previously covered OG XBOX, SNES, Sega Genesis, PSP, Dreamcast, and Sega Saturn. Today, we have a newly released Saturn solution (Pound Technology, $29.99) that may just be better than the last one we covered. Let’s dive in! 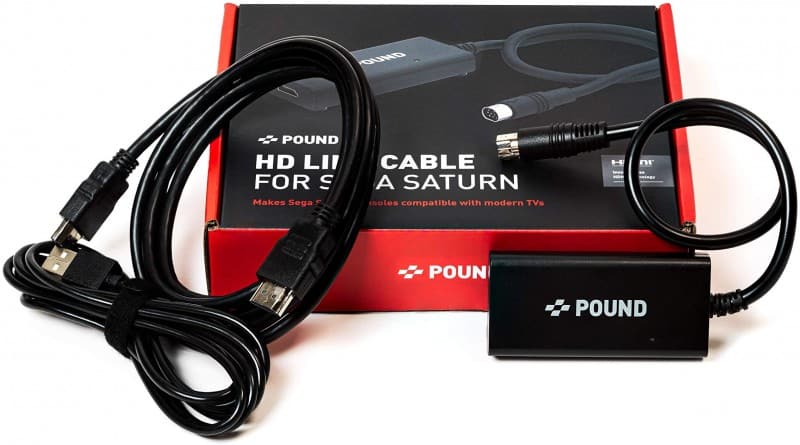 ‘The Sega Saturn is often overlooked yet it boasts dozens of exclusive games and some of the best arcade ports ever made – NiGHTS, Panzer Dragoon, and Daytona USA just to name a few. Enjoy these games on original hardware, in all their retro glory, with the Pound HD LINK Cable for the Sega Saturn. We bring you sharp, vivid colors using the console’s native RGB signal – the highest fidelity output from the Sega Saturn!’ 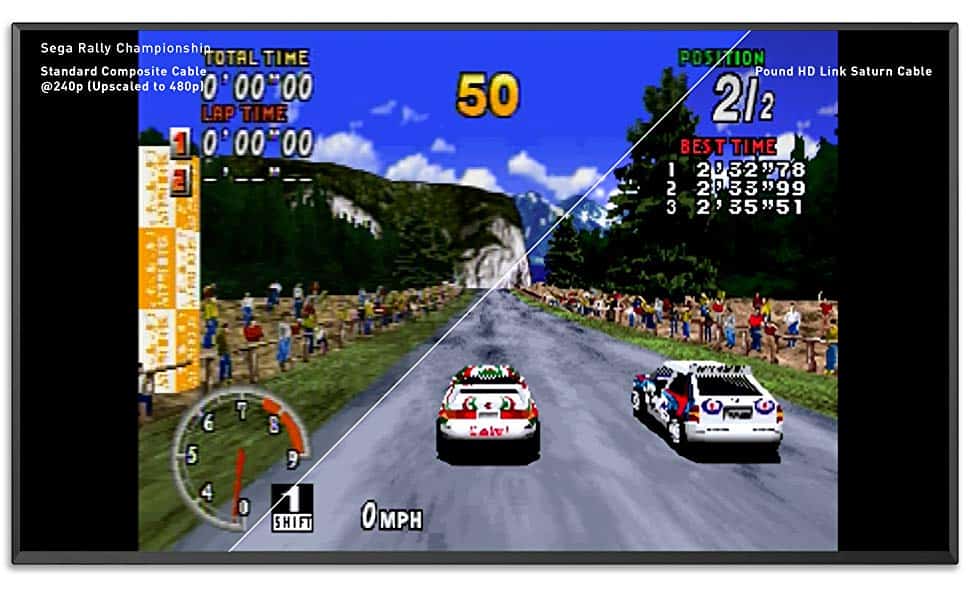 So, is it better than having the standard composite out? Yes, by leaps and bounds. Does it outrank the previous Sega Saturn solution from LevelHike? In terms of out of the box video quality, it has a slight edge over LevelHike’s solution by utilizing the RGB signal. But since they’re both the same cost, it makes more sense to decide what is better for you personally? Go withLevelHike’s solution if you want the extra feature of the changing between 4:3 and 16:9 aspect ratios. Or go with Pound’s solution if you want a cleaner experience with a slightly better build quality. I can’t speak to the longevity of these devices. It could be that the Pound solution doesn’t wear out as quickly as it won’t have you toggling a switch on the box as LevelHike’s does. Maybe breaking the switch on the LevelHike box will cause the whole thing to die sooner. Who knows?!

If you want to buy any of the other HD Link cables that currently exist, click here.