Hello Gamers J.C. Koopa here again with a game review. This time I’m going to be looking at a little indie gem recently released for PC called Second Hand: Frankie’s Revenge. I should go ahead and tell you this game has been out for a little while but it just received its first major update and they sent us the game with the purpose of covering the update. However, we will cover the main game as well as the update. I’m excited about this game so lets just cut to the chase and start with the gameplay. 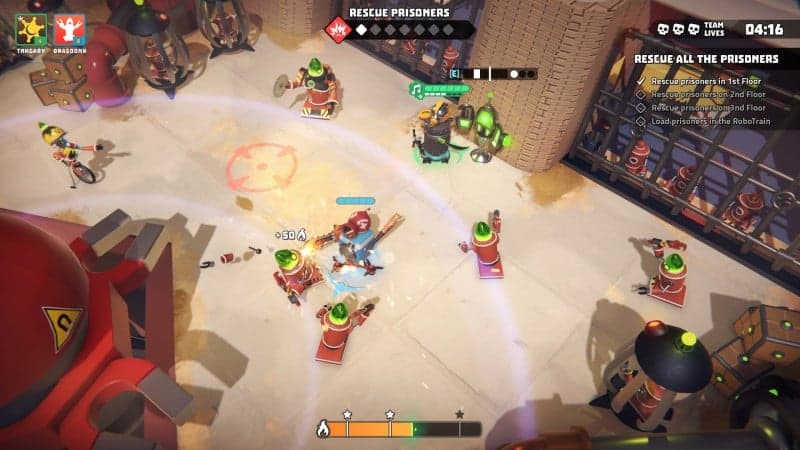 The gameplay of Second Hand: Frankie’s Revenge is surprisingly nice. You play as a robot named Frankie who is made of a jumble of appliances and everyday machinery that provides different attacks and abilities to you throughout the game. The game is a top down action game that has you moving through levels being attacked by waves of enemies while trying complete objectives such as planting bombs in a factory, escorting a drill, or releasing some of your robotic brethren from prison cells. You can play by yourself, online, or locally with a party of up to four people. At the end of each level each player gains experience, and as you level up you gain new parts that give you new abilities, more energy or health, or new attacks to use. The standard difficulty is not hard for lone players who have their wits about them but the higher difficulty settings may make you want to bring a team and play more strategically. Boss levels are extremely hard by yourself though not impossible. The gameplay itself is solid and entertaining enough to cover the price but what about the presentation? 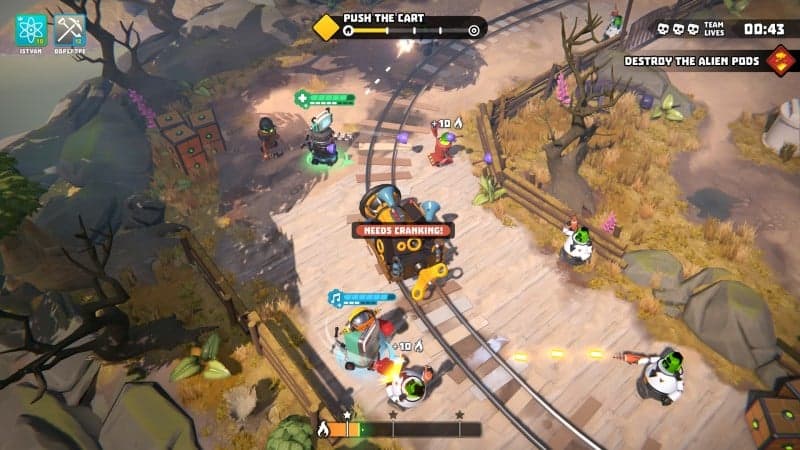 Second Hand: Frankies Revenge immediately gets on your good side with the presentation. The visuals of this game are fantastic in a kind of adorable cartoon kind of way. They aren’t some sort of hyper-realistic work of art but the visuals are crisp and have that right amount of detail mixed with that animated look of high-quality cartoons or mainstream Nintendo games, which makes me wonder why this game is only on PC at the moment as it would be right at home on the switch or something. You can unlock new skins for your robot parts with bolts you pick up through killing enemies or you can get them from loot boxes that you can purchase or earn every time you level up. I am not a fan of loot boxes but you can literally earn everything in them from playing the game so you can avoid them altogether. The soundtrack leaves a little to be desired as there is no dialogue to speak of and the music is a little bland though not annoying but the sound effects of the weapons are quite nice. The sound of the baseball bat thwacking against enemies is my favorite among sound effects. Another thing of note is that I noticed for some reason for me the frame rate was locked at 60 fps. I don’t know if there is a way to change it I tried to find a way to increase it but I could not find a way in the settings, though I may have missed it. It may not bother you as it never dropped below 60 fps for me, though the story may change for you depending on your machine. To me the presentation pairs with the gameplay well for the price but before I wrap this up I need to talk about the latest update and future update first. 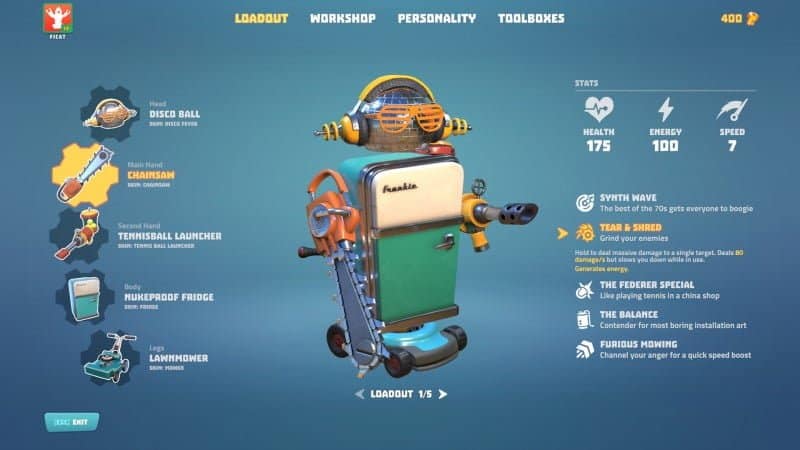 The first major update to Second Hand: Frankie’s Revenge is called the Le Kraque update. It is essentially free DLC for the game with a few minor bug fixes. The reason for this is that the original game is a bit short and light on the story with only seven levels to start. You could play those over and over at higher difficulties for more currency to purchase skins for your parts but otherwise, that would burn you out quickly. So the new update added seven new levels that are a bit harder than the first set but you can’t start them until you have beaten a few of the starter levels. Overall its a great update giving you more substance to the game, but it is also nice in the sense that it shows that the developers support the game and seeing as they also have plans for more updates with free DLC it shows they really care about this game which is uncommon for a smaller indie title. 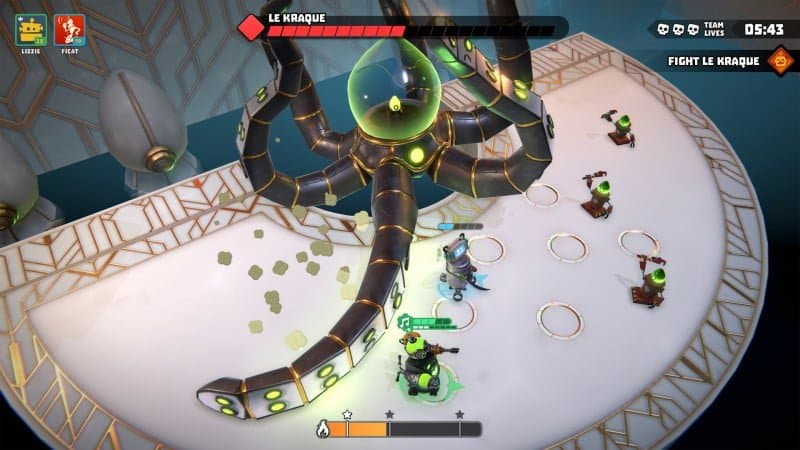 In general the gameplay, though light on story as there are no cut scenes or dialogue, is solid. It is entertaining and varied enough to keep your attention for a little while and not too hard for people who want to play alone. You can have just as much fun by cranking up the difficulty and bringing in some friends. Combined with the fact that the developers have shown and are continuing to show support for this game I would say Second Hand: Frankie’s Revenge is a very nice little Indie gem worth the $15.99 on steam. They have already added free DLC and they plan on adding more so, though not perfect, it’s a great party game to play with family or friends and you can find a link to purchase the game down below.

Previous unc0ver 3.4.0 is Out Now!
Next Android for the Nintendo Switch is set to release in the next couple of days!