Here at Hackinformer we strive to get in on the ground floor of companies and people with great ideas. One such idea is what Super Rare Games is executing on. They’re working to release indie and lower budget eShop titles as physical content for the Switch. Some companies rerelease boxed games that were once lost, other companies take games that have boxes and release them with extra shwag. But nobody as of yet has seen the Switch for how great it is and want to make it even better. And that’s the fantastic idea that Super Rare Games is working to make a reality. 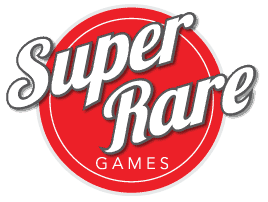 ‘At Super Rare Games, we strive to bring collectors the very best physical content for the Nintendo Switch. We operate alongside our partners to bring the most exclusive offering of the very best indie games. From the packaging of the products to opening the limited edition trading cards, we aim to provide gamers with the purest experience. As we look to expand our collection of games, we hope you join us and grow yours too.’

How it all Works:

Every month, starting with March 2018, Super Rare Games will be making a limited number of a certain game. Their first game that they’re leading with is a strong one. They’ve gotten their mittens on Human: Fall Flat. A game previously only for digital across all major platforms. Now that it hit the eShop, it’s getting the physical format treatment. Not only that, when you purchase a monthly game from Super Rare Games, you get more than just the game complete in box. For example, this first release gets one booster pack of Human: Fall Flat trading cards and a sharp looking Super Rare Games sticker. 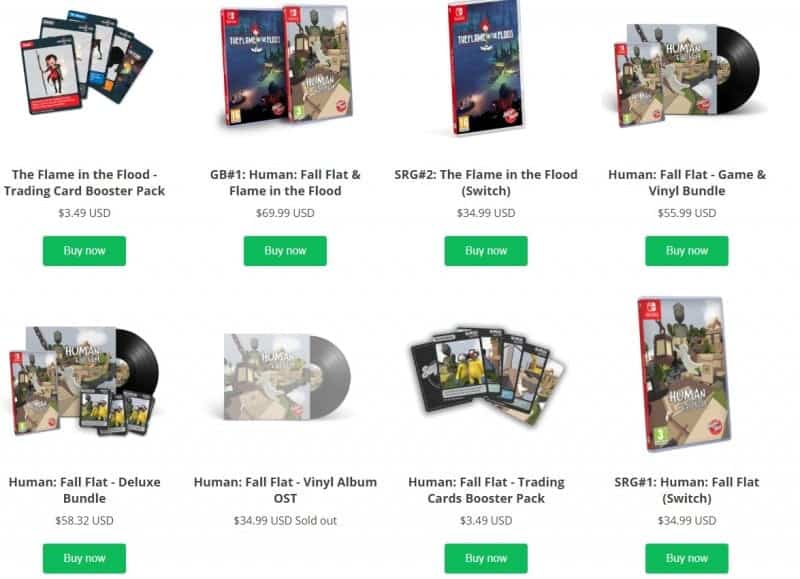 Additionally, they sell the games across several countries. These games are available to the US, Europe, and Great Britain. What’s especially grand about that is that the Nintendo Switch is region free. So even if a game gets a physical release from Super Rare Games and it’s only available in one eShop and not the other two, who cares. It will be able to be popped into the cartridge slot of any Nintendo Switch from any region and played with all of the fun that it’s designed for. You’ll also note that in the picture above from their products page, you can get bundles with vinyl or just some more trading cards.

Below is some more information about their first release. It’s a fun video that explains why you might want to buy some more of those trading cards. Also, we got the good word that the next game that they’ll be releasing physically is The Flame in the Flood! So I included that game trailer after that first video to increase the hype! And lastly, below that video is my unboxing of everything that I ended up getting in my package from Super Rare Games. Alright, now scroll on and enjoy the videos (and some bonus pictures at the bottom)!

The Flame in the Flood Trailer:

If you’re wanting to view their site, click here.

@V1RACY
Previous Review: PS4 Wall Mounts from Borangame (UPDATED)
Next How to install the Whitelist Hack on the PSTV with any Firmware!