Earlier this year I had the chance to play a wonderful indie game at E3. That game was Burly Men at Sea and it had a great amount of potential. I thought of it as being one of the best indie games I played on the show floor this year. Now the full title is released, and I have had a chance to experience what it has to offer. Does it live up to my thoughts from E3 or does it just drift in a sea of games? Read our review and find out. 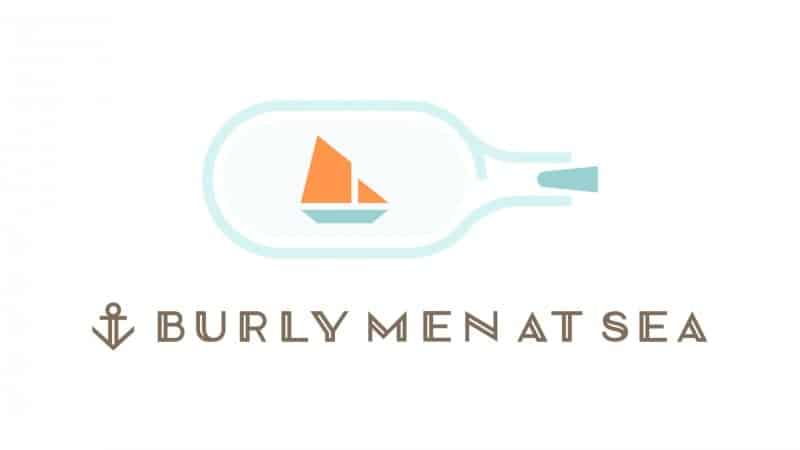 *Thank you to Brain & Brain for the review key* 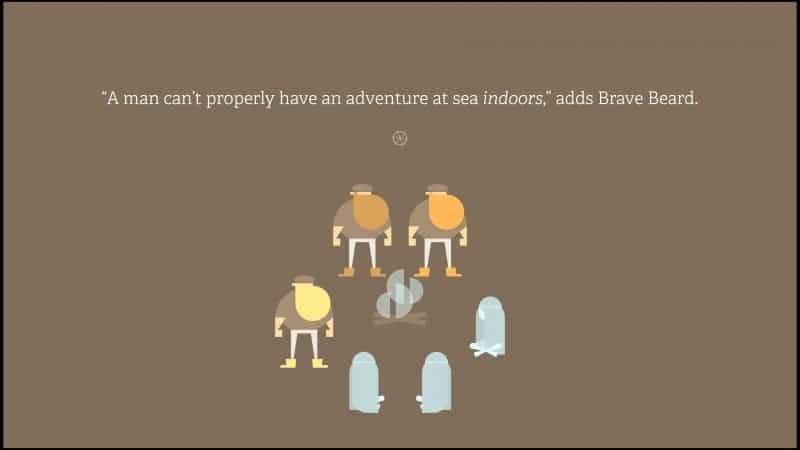 Burly Men at Sea is a folktale about a trio of large, bearded fishermen who step away from the ordinary to seek adventure.

Set in the waters of early 20th-century Scandinavia, the game’s story branches through a series of encounters with creatures from folklore. The player acts as storyteller and wayfinder, shaping the narrative around three ungainly heroes as they set sail for the unknown. 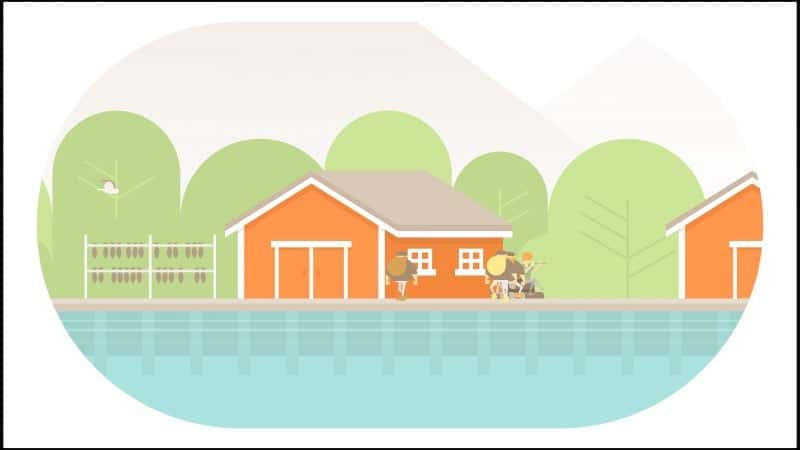 While that is a small portion of what the story is, it is straight to the point. This indie game is a shape your own story type game. You discover a path and find an adventure. That adventure tells it’s own story. There are multiple stories to discover and live. While playing this game, it felt like one of the “pick your own adventure” books I read as a child. You get to a certain point and it asks you what do you want to do? From there you choose and keep moving for that path.

Intro/story score: 5/5 – For the means of the story, Burly Men at Sea delivers the story in a way that is effective. That is discovering your own story/stories and make your own adventures. It does this well. 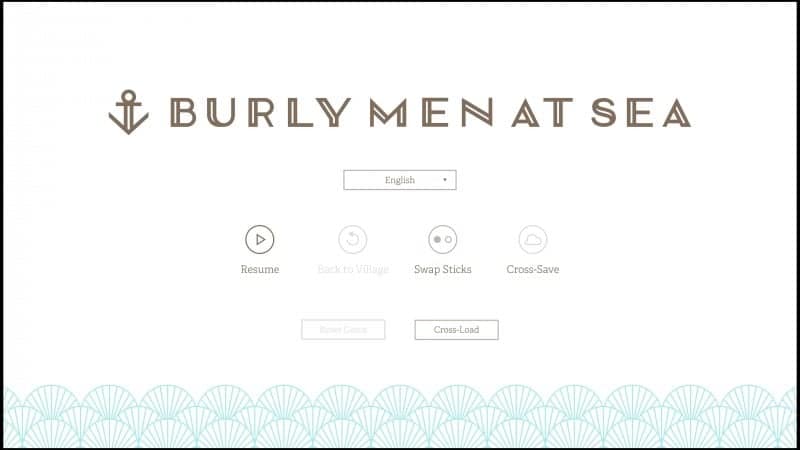 Gameplay in Burly Men at Sea is minimal at best. You guide your burly men around the world with one stick, use the other stick to look around (or touchpad if playing on ps4) and press one button to interact with the said object and/or path. For a game like this, complex controls are not needed and it works out perfectly. You explore the environment and interact with obvious objects and the not so obvious. In addition, this game is cross-save with the PS4/PS Vita so saves can go back and forth to play. 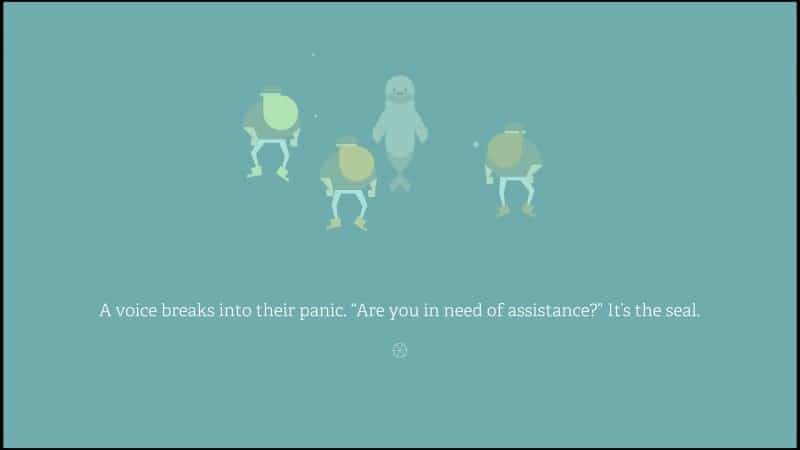 For the first game made by the developers, this is a great start and I enjoyed it. Basic in terms of control and interactions with the environment is well done. There could be an improvement in the control scheme, however (I had some issues with the PS4 controller using the stick and pad combo) but it is a good starting point. If this is a blueprint of things to come, I am looking forward to the next game that comes from the developers.

Gameplay score: 4/5 – Burly Men at Sea has very simple controls, but for a game like this, it works well in terms of the gameplay. 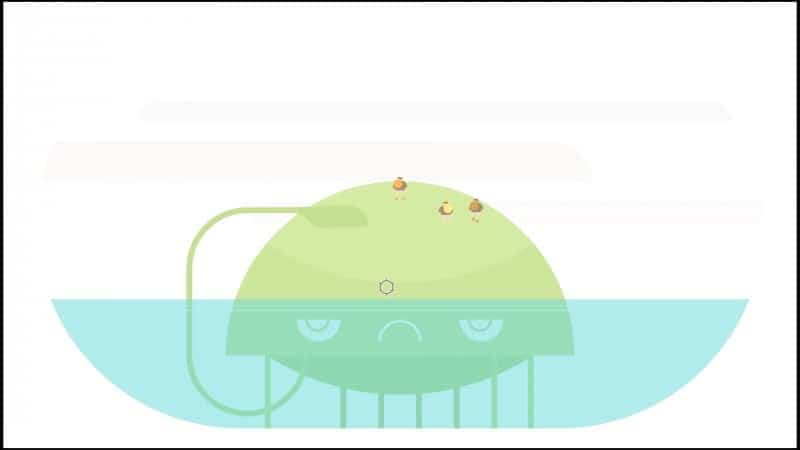 Visually, the game looks the same on the PS4 and the PS Vita. It is a very aesthetically pleasing game. No matter where the adventure takes you, it fits the style of the game. It is very well done. This works with the audio of the game too as it all blends together to fit into one well-done adventure visually and audio wise. For the developer’s first title, it is very good to look at and to listen to.

Visual and Audio score: 5/5 – Both the audio and visual of the game blends very well to provide a pleasing adventure your burly men and yourself. 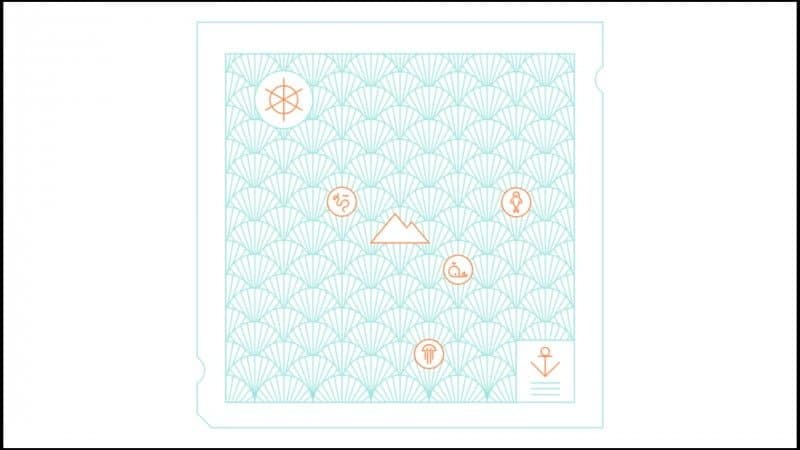 Burly Men at sea has a good amount of replay value. There are multiple adventures to await the player and a means to keep track of it all within the game. Get your adventuring hats on because you are in for a grand adventure.

Replay value score: 5/5 – Burly Men at Sea has a great deal of content to uncover in your adventures. 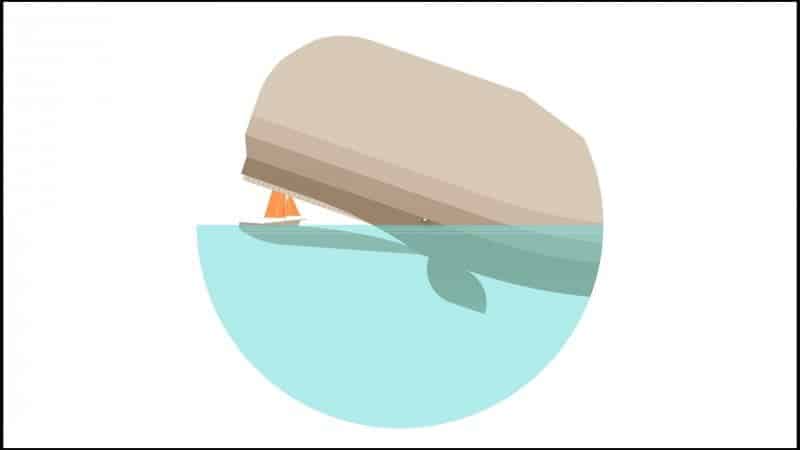 Is Burly Men at Sea fun? Yes, it was an interesting experience. I am not big on “indie” titles, but this game took me by complete surprise at E3, and The full release continues to surprise me. I had a great deal of fun with this game. Each adventure is not that long and the player can spread it out to enjoy it for longer periods of time. 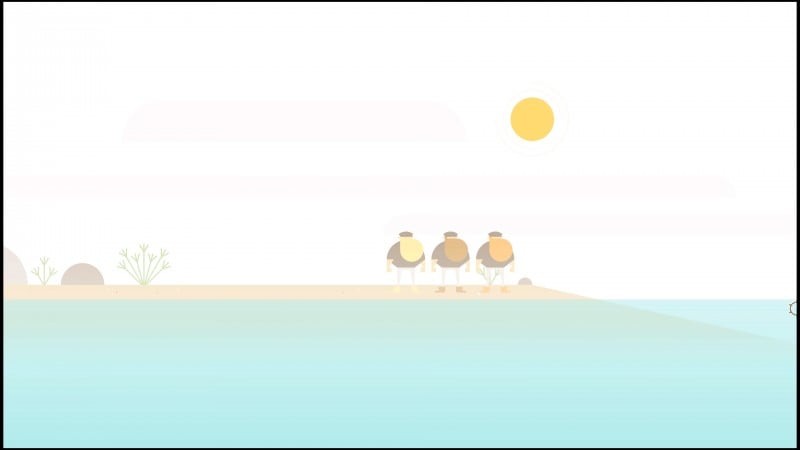 I am not a big “indie” game player. However, I got to play this game at E3 this past year. This full game was a delay and a well-needed break from all of the huge releases this year. If you were to pick up one indie game, Burly Men at Sea would be that one indie game I would recommend. It was made by a small development team, and they did a really great job in a creating your own adventure/story into a game. It was a delight to play and I recommend it to anyone else who just wants to pick up something and play to take a small break from the huge titles as of late.

Before playing Burly Men at Sea, I was never really big on indie games at all. thanks to the developers, I will keep giving more indie games opportunities. This easily ended up as one of the big surprise game titles I played this year and is easily in my top 10 games of the year.

Intro/story score: 5/5 – For the means of the story, Burly Men at Sea delivers the story in a way that is effective. That is discovering your own story/stories and make your own adventures. It does this well.

Gameplay score: 4/5 – Burly Men at Sea has very simple controls, but for a game like this, it works well in terms of the gameplay.

Visual and Audio score: 5/5 – Both the audio and visual of the game blends very well to provide a pleasing adventure your burly men and yourself.

Replay value score: 5/5 – Burly Men at Sea has a great deal of content to uncover in your adventures.

A gamer and jack of all trades. I enjoy many things, but overall just enjoying life. Hopefully, I can add enjoyment to your life through my articles or interactions.
@mgs2master2
Previous PSPGO M2 Memory Card Dummy Adapter on Sale
Next Review: Hover Cover’s Vinyl Nintendo Switch Skins