Brief history about the PSPgo & one project that never happened

The PSPgo is a special PSP with the first sliding control panel that doesn’t have a UMD drive that was released in October 2009.  It was a short-lived handheld with only a year and a half until sales stopped in 2011. In the information before the release of the PSPgo it was developed to be the DSLite competition with it being able to fold and easily fit in your pocket. 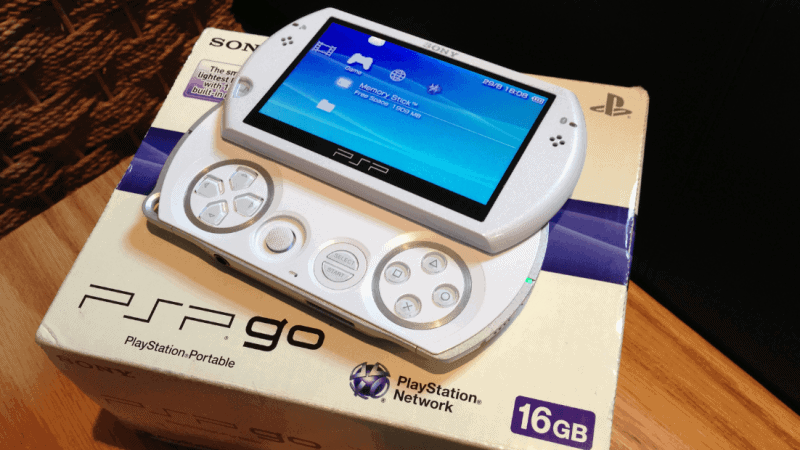 At that time the PSP was pushed by Nintendo DSLite and it was hard to improve sales. So SONY thought that the reason why the PSP wasn’t selling well was its size, and they thought that it would not sell unless it folded and entered your pocket like the DSLite. I always thought that PSPgo was a model specialized for download sales and that it had an aspect of countermeasure against illegal copies. With Sony thinking about putting the PSP easily in your pocket, they absolutely had to abolish UMD drive.

When it was actually released, most users wouldn’t accept it because of it being download sales only. At that time that the internet environment was not prepared enough and the main unit price exceeded normal prices of the old PSP so the PSPgo remained unnoticed by consumers. I thought that PSPgo is a wonderful handheld but it just didn’t sell very well.

As soon as PSPgo was released, Nintendo made DSLite larger and released DSiLL (DSiXL).
In my opinion, the DSiLL (DSiXL) didn’t feel like a handheld but more like a desktop game machine, however, the DSiLL (DSiXL) sold quickly. Since then, the screens of handheld consoles has gotten bigger at a stretch. Ironically, the PSPgo, which went against this wave, totally lagged behind and it would be left out of people’s memory.

However, in 2010, SONY planned to make the color variation of the PSPgo as a matter to expand sales of PSPgo. 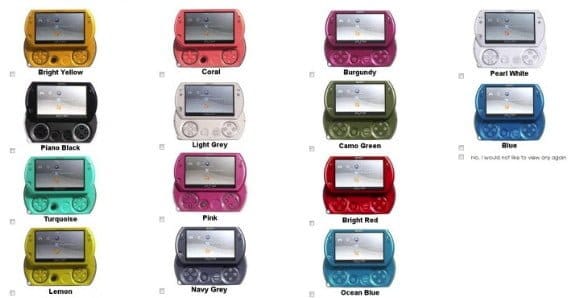 As initially planned, they had prepared three models of red, blue and yellow. But suddenly it was judged as “no prospect of profit recovery” just before the release, and the color variation was canceled. In the second lot of the PSPgo, only white and black color machine were sold in June of 2010.

The PSPgo still remained unnoticed for quite a while, but then a hacker named Total_Noob released 6.20 TN-A (HEN) Christmas 2010. From that time on, backup hacking quickly progressed in an installation of backup ISO that could finally boot on the PSPgo. 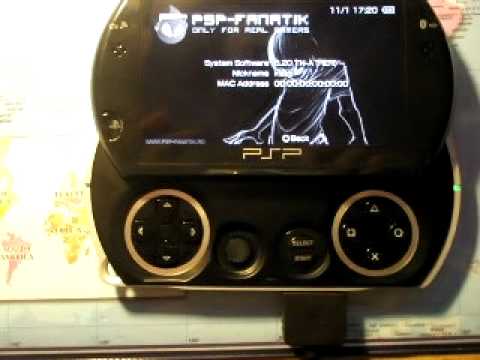 PSPgo sold quickly in the twinkling of an eye among mania(enthusiasts), and it was loved as an ideal hacking machine. At that time when the production of smartphones became a large scale, smartphones took the production line of PSPgo’s LCD monitor, and it was difficult for PSPgo to obtain liquid crystal monitor parts. Used PSP were being traded in at a higher price than the new one at second-hand game shop in the town.

In March of 2011, Sony produced the third lot of PSPgo. All the production was done in China and they were going to import it to Japan. However, in the third lot, only 150,000 black color machine were produced, and there after the sales stopped. The second lot of PSPgo produced in June 2010 was the final Japanese model, and the third lot made in March 2011 remains as inventory, who knows why or what reasons they have.

I think that the white PSPgo is more valuable than the black one as they stopped production of white at this point. Although it was rumored because of TN that the third lot ceased to be sold, it was at the end of March 2011 that Sony began to make a noise. Of course, I suppose that the people in part of the company already noticed that PSPgo was hacked. But they decided to increase production with instruction by the upper-level management “Produce marketable items”. Also, it was true that they couldn’t keep cool, caused by corporate factors such as the threat of 3DS and supply shortage of PSP 3000.

The judgment of the top management was the discontinuation of PSPGo sale. They said, “We will take decisive steps about the case that PSP is not being used as originally intended.” However, they had been already decided to sell the PS VITA. Therefore, within the company, there was the opposite opinion that it is an act of denying the base market for download sales. The upper-level management decision was that “PSN download sales are down despite the fact that PSPGo was on sale, which was failing as a business model.” They said that further download sales would take over with PSP 3000 without problems. In the last FW update, there was a view that putting countermeasure FW on PSPGo and issuing the third lot …but it seems that it did not come true.

In this way, PSPgo has finished its role as an unlucky visionary PSP.
According to rumors, it is said that these color variations are still sleeping somewhere now.

I like to get everyone the right info and I like to help others get the most from there electronic devices. I enjoy playful cleverness and the exploration of technology. My Motto: You own it, you can do whatever you want with it.
@HackInformer
Previous Super GameBoy on your NES with the Retro Vision!!!
Next Shantae: Half-Genie Hero hits big on next-gen!