PSN access finally comes to a end for HENkaku users??

With the use of HENkaku and spoofing, we’re able to use the PlayStation Store on FW3.60. Well today I was finally greeted by the update prompt when trying to access the store and with HENkaku enabled of course and double checked the settings. 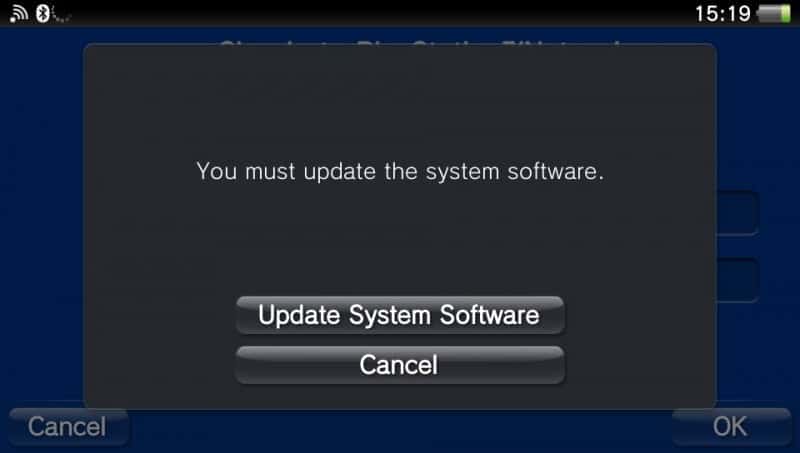 At first I thought it was a bad install or maybe it was because I needed to activated the vita but that was never a problem before. So I turn on my PSTV, which is activated and got the same result where I couldn’t access the PlayStation store without it asking me to update the system once again with HENkaku enabled.

@HackInformer been getting that with the latest Taihenkaku, it could finally be the end of the road for awhile.

Yifan, warned us this would happen sooner or later with PSN access.

PSN spoofing could break in a couple of days when Sony flips the switch to disable 3.61 access. It only works now because 3.61 uses the same platform token.

Let us know if you can still access the store as here in the US it look likes we finally lost PSN access but hell, its been awesome having access as long as we did. Hopefully there’s a quick fix for it or maybe a some type of work around but for now you’ll need a PS3 to get access to your Vita games on PSN.

If you have a brand new vita and needs to be activated try Vita-Activator for HENkaku:
vita-activator-henkaku-released

Heres how you can activated it with a ps3 here.
how-to-activate-get-your-playstation-plus-games-more-on-a-psvita-with-lower-fw

I like to get everyone the right info and I like to help others get the most from there electronic devices. I enjoy playful cleverness and the exploration of technology. My Motto: You own it, you can do whatever you want with it.
Previous Welcome to Alola: Pokemon Sun & Moon is here!
Next Black Friday Sales Week at PlayAsia!