RetroArch gets PCSX rearmed working on the Vita

A lot of us have been wondering when we would see some type of PS1 emulator for the Vita since the release of HENkaku. Well, the wait is over as developer frangar shows us PCSX rearmed running on the Vita. Now this is still a work in progress and has not been released yet.

Now you can always check RetroArch download section to see if there are any new releases as you can see in the picutre below that last nightly release had PCSX rearmed in but doesn’t work yet. 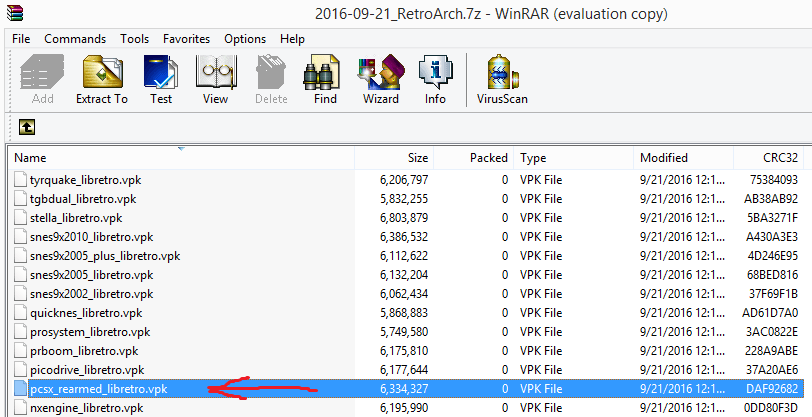 This is such great news and can’t wait for the official or even just a working nightly release of PCSX rearmed. There’s no word on when it will be released but we will keep updated on its progress.

A working version of PCSX rearmed has been released for the vita but keep in mind it’s still a work in progress.

Psx_renamed_libretro works like a champ thanks @libretro you guys rock pic.twitter.com/AvU9zTpujO