Defend Your Crypt by Ratalaika Games!!

The life of a Pharaoh has never been an easy one especially once you’re dead, and in Defend Your Crypt by Ratalaika Games this has never been clearer.

In this strategy puzzle game that pits you up ageist robbers trying to steal your precious gold. You will take on the challenge of keeping it safe by the use of traps to defeat those damn ambitious humans who are profaning your tomb. 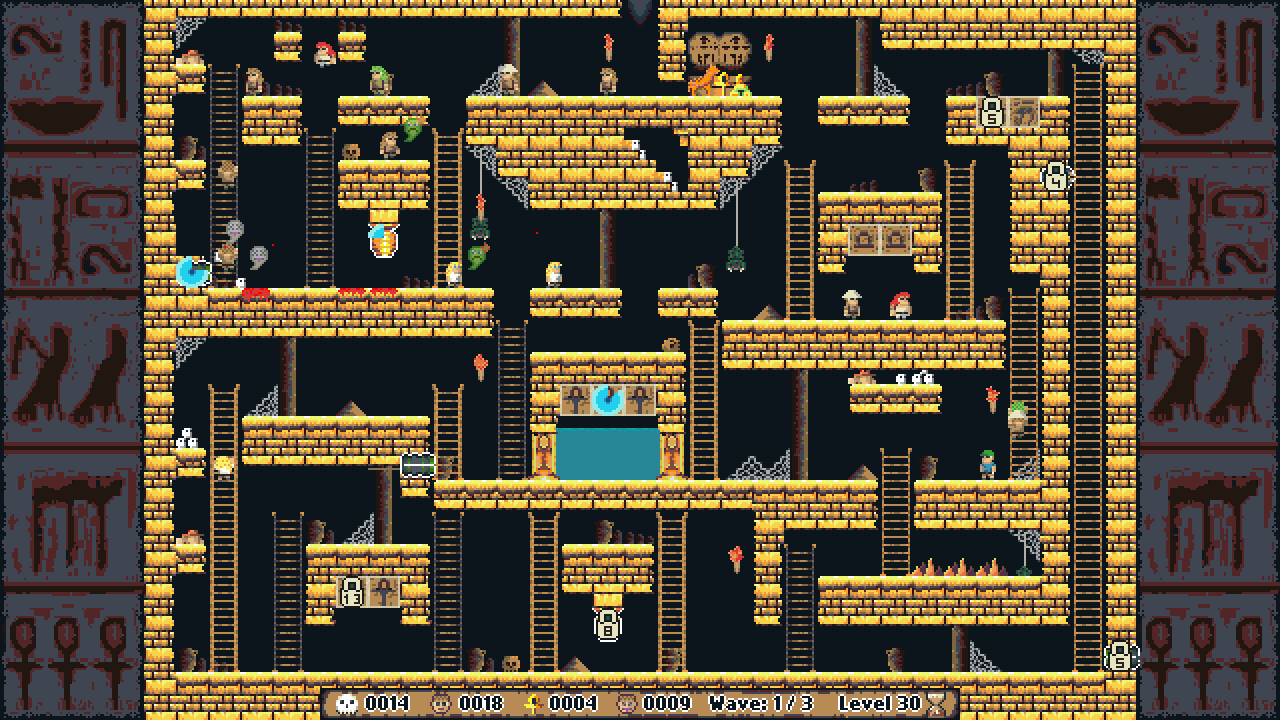 This retro style pixel art will have you smile as you set traps of varying styles such as pits, crushing weights, and spikes that shoot from the walls. The fine folks at Ratalaika Games know that you love gore and have made sure to give you just enough blood and mayhem to please us as they say ”If it bleeds, we can kill it” and we’re taking it to the limit. If you don’t like blood, you can deactivate it but were is the fun in that? 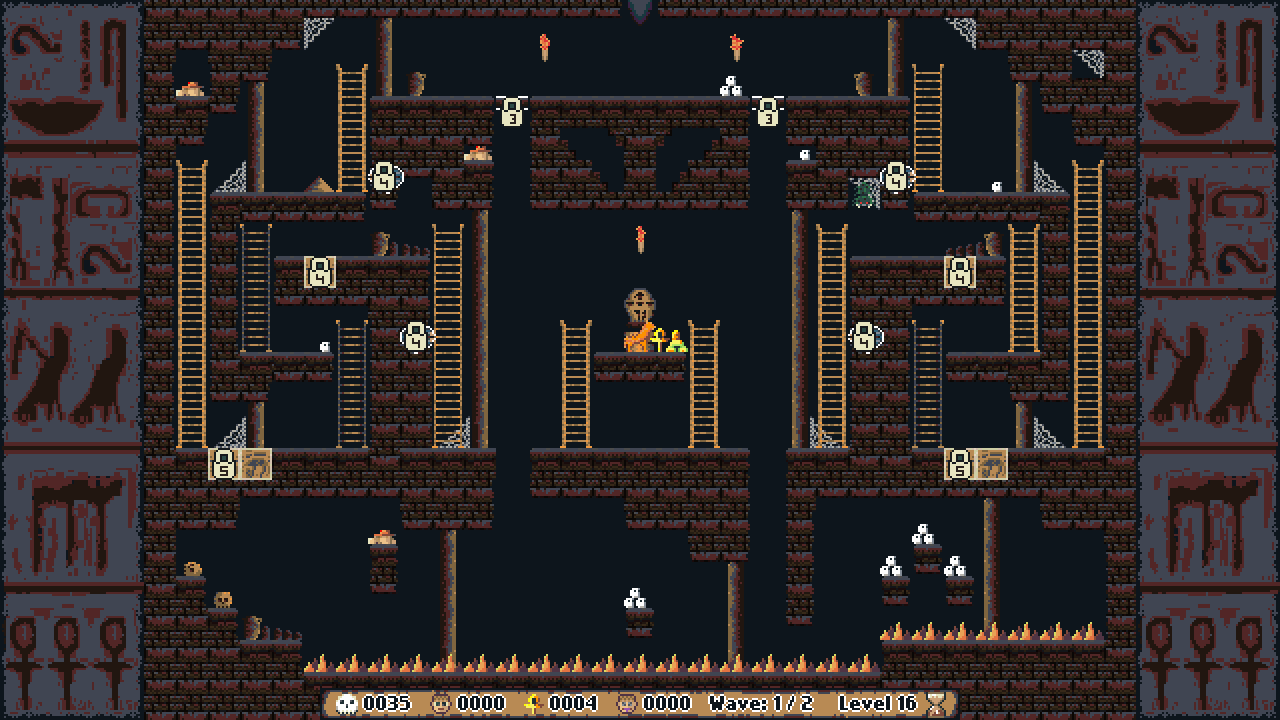 There’s a large amount of levels set before you will challenge you and have you cursing those little robbers out as you stop them from stealing your gold. While the game comes off as easy to play mastering it will not be an easy task even for the most experienced of players. 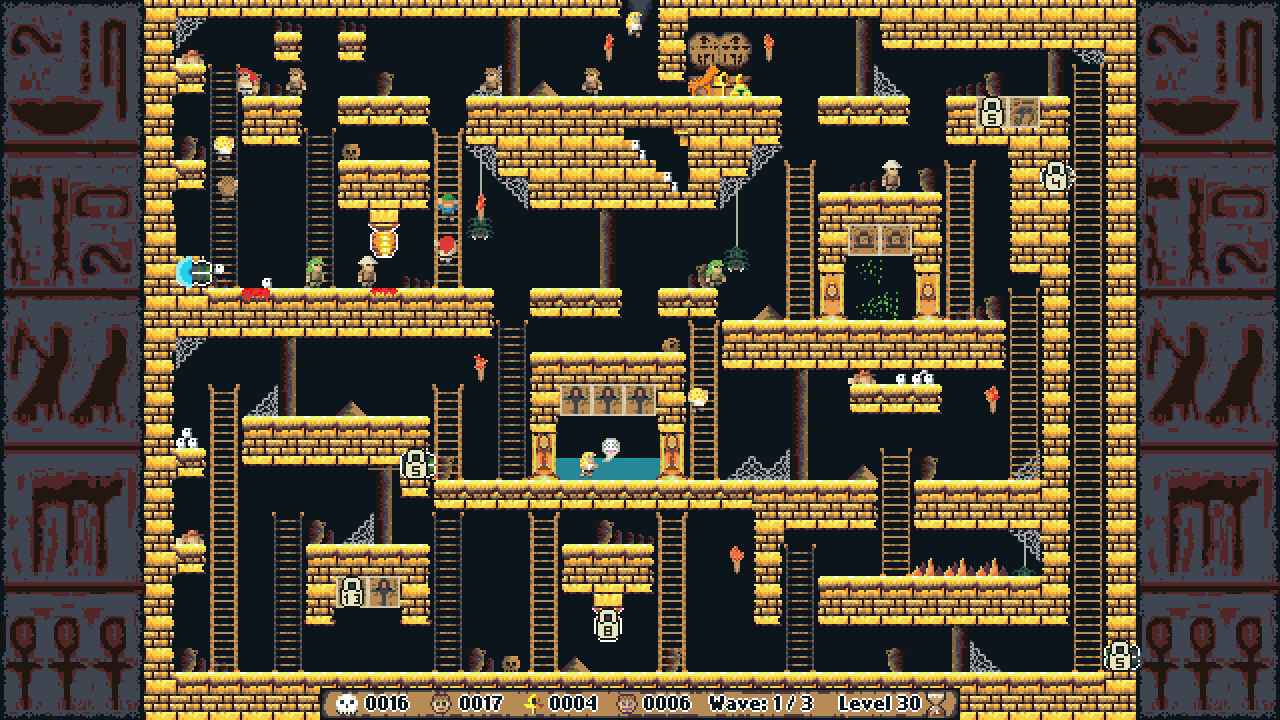 A nice little addition is the fact that depending on how you kill the thieves the ones that follow will show sadness, fear, and even disgust in the dead bodies that lie before them giving you a bit of a giggle from time to time in their reactions.

The game plays out differently depending on what platform you decide to play. The WII-U ver will only allow it to be played with the gamepad utilizing its touchscreen for setting off traps. The 3DS ver will also utilize the touch screen as well but both WII-U and 3DS will have maps can have two heights and will use the dual screen.

The STEAM ver will only have maps of one height but will offer players the chance to have trading cards and achievements while the console version only has achievements in-game.

So if you are a fan of tower defense games. Love the chance to make robbers fall onto spikes, and water traps or killer scorpions and beetles. Then this game is a must the challenge will keep you going till you have saved all your gold from the would-be robbers and Defend Your Crypt so that you may rest once again.

I highly recommend this game to all fans of  strategy puzzle games and have to say this game is a must have for your game collection and fun for the whole family.

I want to thank you all for reading and please keep doing it for the love of the game.

Do it for the love of the game.
Previous Our Review – Full Mojo Rampage
Next 3DS: Ultimate GBC VC Injector v1.3 Released!