Hey all you trainers have you wanted to hack Pokemon Go well it seems over at Hackaday Dave Conroy has shown just that but it could very well get you banned.

Now this is not as easy as hatching eggs on a fan, or placing your smartphone on a drone for a flight to look for Pokemon. This will require you to have some skill but if your up for the challenge here is a rundown of what you’ll be in store for.

“See Pokemon Go has a certain vulnerability to GPS location and spoofing this can be a bit tricky but not impossible.
By taking advantage of a game’s underlying mechanisms is part of the game, why not hook up your smartphone to Xcode and see if you can become the very best without going outside that much”. 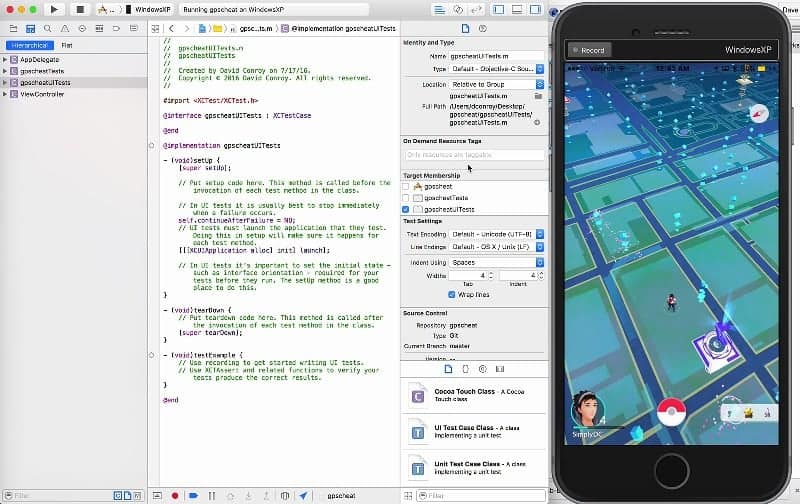 Here is a run down of what Hackaday and Dave Conroy had to say about GPS spoofing.
[Dave Conroy] shows you how to play back waypoints and activate your Pokemon Go warp drive.
The hack (therefore the Monospace) is based on the developers toolkits on Android and iOS, and also the easiest way to get banned from the game. On an Android smartphone, you need to get one of the many GPS spoofing apps from the Play store, repeatedly tap About phone to activate the developer settings and select that app as GPS spoofing source there.

As [Max] points out in the comments, you may also need to install the mock mock locations Xposed module, which requires a rooted device. In iOS, you can (probably) also install a spoofing app through Cydia, although the easiest way without jailbreak is creating a new iOS app in Xcode (or any iOS application you have at hand) and build it to the phone. While in debugging mode, you can then load a *.GPX-file, which is simply a text file containing GPS waypoints in the XML-based GPS Exchange Format:

You can also create timed routes:

The file is loaded via Product -> Debug -> Simulate Location -> Add GPX file to project, as shown in the video. This makes the waypoints or tracks available from the Simulate Location menu. From there, you then can then teleport your phone to the defined locations, or take it for a walk along the tracking points.

The video below will give you a bit of a walk thru on how to do this (and more than likely get you banned) but is still an awesome way to learn how to and how this game works.

I want to thank you all for reading and to be warned this may just GET YOU BANNED so you know the risk and take your Pokemon lives in your hacking hands.

And please keep doing it for the love of the game.

Do it for the love of the game.
Previous You can now sign up to Nintendo Developer Portal
Next 3DS: Smilehax released for the Japan region & updated for the US