It seems were in the midst of another hax for the 3DS one downfall with this hax is it seems that the U.S. Nintendo eShop has already taken it down. 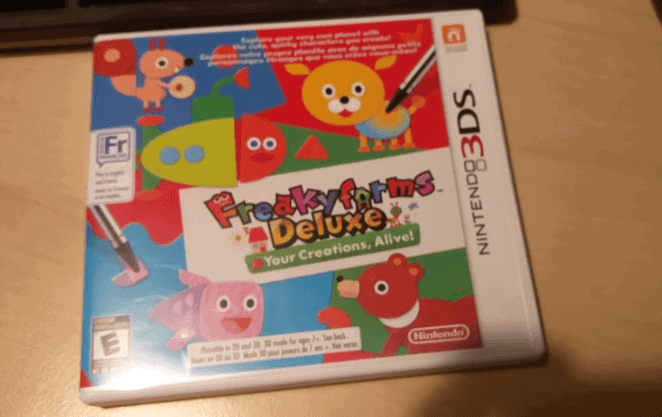 For those who don’t know this hax requires you to have either the EUR/USA copy of the game Freakyforms Deluxe (either eShop or cartridge) and a recent 3DS firmware, the latest being (11.0.0-33) as a writing this post.

And this just goes to show you that Nintendo is keeping an eye on the 3DS hack scene very closely and are attempting to jump on anything include a stop to it as soon as they can. I am sure most of you have noticed that Nintendo has not seemed to have tried to stop them YET or just can’t.

News of this hack came out just a few hours ago today, and Nintendo sent their gumba squad out to put a stop to it. Prices are also increasing on eBay as I write this from the way it’s going we may have another Cubic ninja on our hands.

Here’s what qlutoo had to say on twitter and neogaf here.

You can get it on ebay or Amazon before its to late, here are two links to the game.

You can get freakyforms for a reasonable price at Play-Asia if you’re not in the US. Thanks for the tip @heilgutz http://www.play-asia.com/freakyforms

So I would say if your able to grab a copy of this game you better jump on it fast and if your region is EUR grab the eShop ver fast as it might be gone any sec!!

Thanks for reading and

Keep doing it for the love of the game.

Do it for the love of the game.
Previous Ubisoft’s Tom Clancy’s The Division Movie To Star Jake Gyllenhaal
Next Review of the 8Bitdo FC30 Pro Bluetooth controller