Breaking News
Home / Coming Soon / Tokyo Mirage Sessions #FE is going to be a masterpiece RPG for the WiiU!

Tokyo Mirage Sessions #FE is going to be a masterpiece RPG for the WiiU!

The story sets the stage in modern Tokyo; same like many other metropolis around the world, lots of passionate young people come to this city to pursue their dreams. While it seems like they are not the only ones come to this city, evil creatures named “Mirages” also wander around Tokyo in order to steal “Performa” – a magical energy activated inside the human body when people fulfill an accomplishment and shine their way. Follow the main protagonist Itsuki Aoi and his friends to master these dangerous Mirages and realize their stardoms to be top artists!

As well, gamers will also see revamped Shin Megami Tensei style turn-based battle system; where players will have to carefully analyze the weakness of enemies before each round of command for the sake of triggering massive “Session Attack” and kill the foes once and for all~

For the Fire Emblem fans, expect to see Chrom, Virion, and Tharja from Fire Emblem Awakening, Caeda, Cain, Draug, and Navarre from Fire Emblem: Shadow Dragon and the Blade of Light, and even Tiki as they are woven into the story with critical roles.

First proposed in 2010 by Nintendo Kaori Ando, this crossover almost never happened due to scheduling issues due to Atlus’ workload; fortunately, full production began in 2013, and as the project grew, more interesting factors joined in. Not only does Tokyo Mirage Sessions feature musical production from Japanese entertainment giant Avex Group, accurate real-world references to actual areas and popular culture such as Vocaloid software fill up the game’s universe. As well, due to the Japanese setting and aesthetic, Western releases will use the original voice track with subtitles rather than a dub.

Praised in Japan by critics as a masterpiece, Tokyo Mirage Sessions #FE has even gotten the accolade as one of the best recent RPGs, applauded for evolving the Megami Tensei battle system and lighter-toned story. 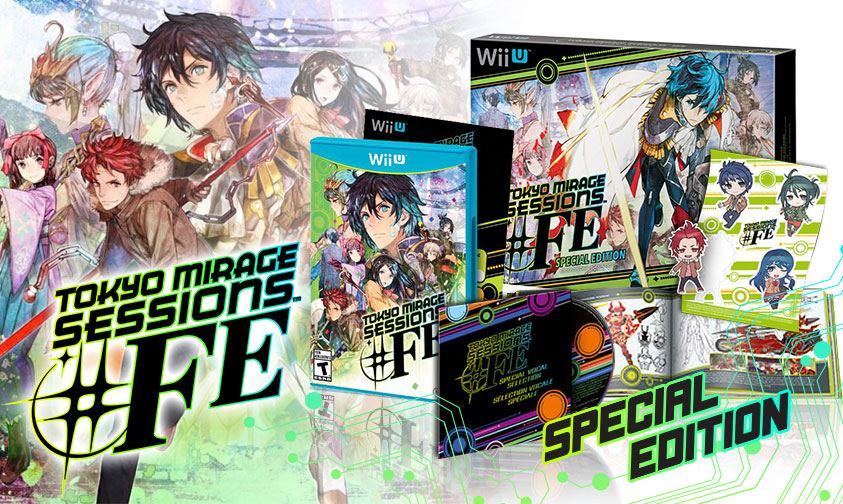 I like to get everyone the right info and I like to help others get the most from there electronic devices. I enjoy playful cleverness and the exploration of technology. My Motto: You own it, you can do whatever you want with it.
Previous Koei Tecmo reveal sales numbers of key titles
Next To Star Wars fans across the world, HAPPY STAR WARS DAY!