Hello, everybody and welcome back to A journey through 1001 games: part 2!!! If you missed part 1 you can find it here. Now, I’ve been playing as many as I can get my hands on and this will be about the games of the 80’s so lets jump right in. 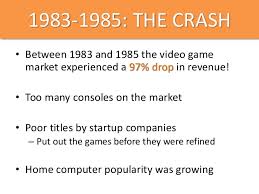 Now the 80’s is when we almost lost video games all together with the North American video game crash of 1983.

The industry recovered a few years later, mostly due to the widespread success of the Nintendo Entertainment System. I’m going to give you a short list of my favorite games that came out during this tricky era of gaming history.

The centipede starts at the top of the screen, traveling either left or right. When it hits a mushroom or the edge of the screen, it drops one level and switches direction. Thus, more mushrooms on the screen cause the centipede to descend more rapidly. The player can destroy mushrooms by shooting them, but each takes four hits to destroy.

Missile Command is considered one of the most notable games from the Golden Age of Video Arcade Games and holds strong over the years. The game is played by moving a crosshair across the sky background via a trackball and pressing one of three buttons to launch a counter-missile from the appropriate battery. Counter-missiles explode upon reaching the crosshair, leaving a fireball that persists for several seconds and destroys any enemy missiles that enter it.

Most other games of the era represented the character as a sprite, which consisted of a series of pixels displayed in succession. Due to hardware limitations of the era, artists were greatly restricted in the detail they could achieve using that technique; the resolution, framerate and number of frames were severely constrained. Dragon’s Lair overcame those limitations by tapping into the vast storage potential of the LaserDisc, but imposed other limitations on the actual gameplay.

The game displays animated cutscenes and the player executes an action by selecting a direction or pressing the sword button with correct timing in order to clear each quick time event (QTE). The comedy aspects of the game stemmed not only from the bizarre-looking creatures and humorous death scenes, but also the fact that the player character was somewhat clumsy in his efforts, as well as being a reluctant hero, prone to shrieking and reacting in horror to the various dangers he encounters. 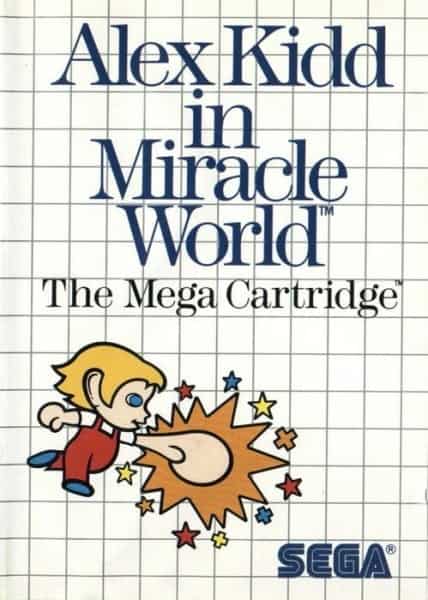 Alex Kidd is a platform game which bears a superficial resemblance to Nintendo’s Super Mario Bros. You play as Alex, the eponymous character who lives on the planet Aries, who is an expert in the martial art of Shellcore, which enables him to break certain blocks and enemies by punching them. These blocks typically contain money, which can be spent on power-ups and extra lives in shops, however some blocks also contain power-ups, or ghosts which follow Alex until he puts enough distance between them.

In some levels, you will be able to use vehicles to assist your progress – the Sukopako Motorcycle, the Peticopter (a pedal-powered helicopter equipped with missiles) and the Suisui Boat. Throughout the game you learn that Alex is a prince of the royal family, who has been usurped by a tyrant named Janken the Great. Your goal is to free the captured royals, and defeat Janken and his henchmen in games of rock-paper-scissors followed by traditional boss fights. In addition, you must collect a series of treasures which will help you bring peace to the kingdom of Radaxian and restore the citizens who were turned into stone.

Kid Icarus is an action platformer with role-playing elements.The player controls the protagonist Pit through two-dimensional levels, which contain monsters, obstacles and items. Pit’s primary weapon is a bow with an unlimited supply of arrows that can be upgraded with three collectable power items: the guard crystal shields Pit from enemies, the flaming arrows hit multiple targets, and the holy bow increases the range of the arrows. These upgrades will work only if Pit’s health is high enough. The game keeps track of the player’s score, and increases Pit’s health bar at the end of a level if enough points were collected.

Throughout the stages, the player may enter doors to access seven different types of chambers. Stores and black markets offer items in exchange for hearts, which are left behind by defeated monsters. Treasure chambers contain items, enemy nests give the player an opportunity to earn extra hearts, and hot springs restore Pit’s health. In the god’s chamber, the strength of Pit’s bow and arrow may be increased depending on several factors, such as the number of enemies defeated and the amount of damage taken in battle. In the training chamber, Pit will be awarded with one of the three power items if he passes a test of endurance.

The game begins with the player controlling a skateboarder skating around a middle-class neighborhood using common objects as ramps for jumps and lets not forget that joystick it had from the arcade. 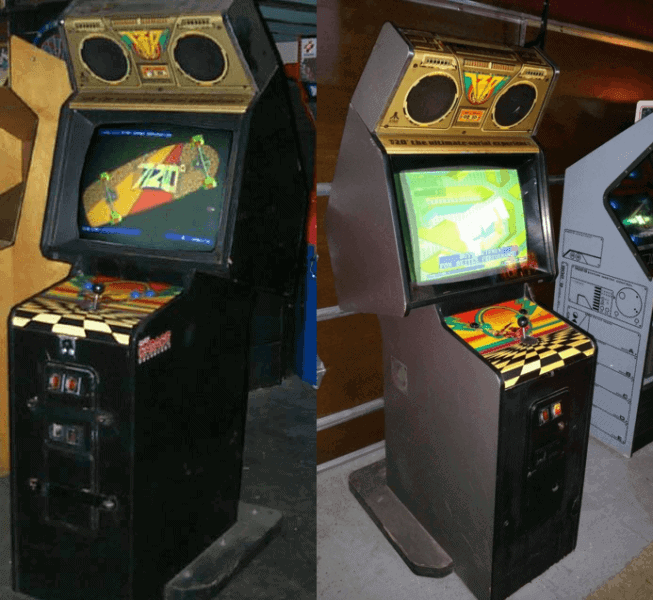 The player begins with a number of “tickets,” each of which granting admission to one of four skate parks, or “events,” in Skate City, the “hub” between the parks. When a park is entered, one ticket is expended. The player gains additional tickets from earning points. Whenever the player isn’t in an event, a bar counts down the time remaining until the arrival of deadly, skateboarder-hungry killer bees. Once the bees arrive the player still has a small amount of time with which to get to a park, but the longer the player delays this the faster the bees become, until they are unavoidable. Getting caught by the bees ends the game, though on default settings the player may elect to continue his game by inserting more money. Reaching a park with a ticket gives the player the chance to earn points, medals and money with which to upgrade his equipment, and resets the timer.

The player is constantly racing to perform stunts, both in the events and in the park itself, in order to earn the points needed to acquire tickets. Thus, the player’s score is directly tied to the amount of time he has to play the game. In order to win, the player must complete a total of sixteen events through four hubs, a difficult task.

I couldn’t fit all of the 80’s here but there are some honorable mentions that need to be shared and I fully encurage you to try and play as many as you can get your hands on.

Well there is this part of this installment hope you have enjoyed my short list and stay tuned for the next part the 1990’s in the coming weeks.
Thanks for reading and keep doing it for the love of the game.

Do it for the love of the game.
Previous PSVita: Quick fix for PS1 games & game2vhbl plug in for TN-V
Next LMAN (leecherman) releases Vita Game Update Checker