During the last few days, we had a lot of announcement in both ps vita and 3ds scenes but today another big bomb exploded.

The Italian developer Delebile has started the porting of Brahma2 on Ninjhax 2.1! For those who don’t know, Brahma is a Privilege Escalation that allows users to run an ARM9 payload for gaining permissions on the Nintendo handheld. 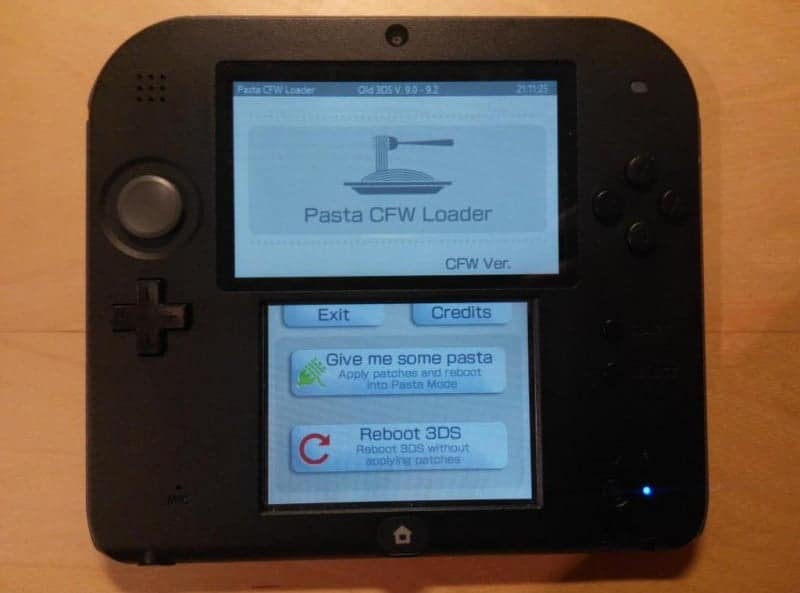 Until now the tool was available only on Ninjhax 1.1 but due to the new homebrews updates based on version 2.1, Brahma2 can bring more compatibility.

But the biggest news is the possibility to launch a CFW on autoboot or permanent!

Here are a few words from Delebile’s:

For the custom firmware I don’t have much to say because I do not develop those that are now public, but the idea of ​​a “permanent CFW” or “autoboot” is very simple thanks to the existence of themehax , released a couple of days from yellows8.
It is therefore a combination of exploits.
– Themehax executes code on boot of the Homemenu, shortly after turning on the console
– Brahma2 (which can be launched by default instead homebrew launcher) acquires the privileges of both the kernel and starts a payload arm9
– If such a payload launching a CFW, then we have a CFW that launches when the console starts.

As always I invite you to stay tuned on my Twitter account @roccocannale for further updates and I want to say thank you to Delebile for being so kind to give me those info.