After the Mr.Gas and Major Tom big release, the method for modify the APP.DB of our psvita (check here), another bomb exploded yesterday on the 3DS scene. 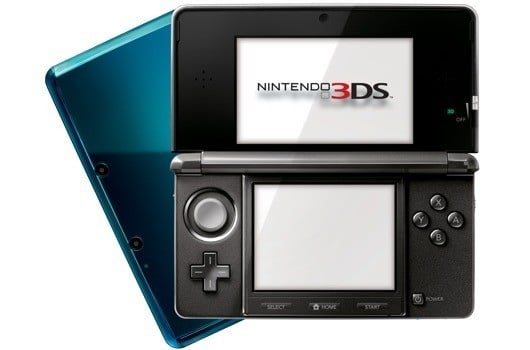 The developer Yellows8 released the HomeMenuHax, a ROP exploit that permits the hacking of the Nintendo handheld via the theme-data from the home-menu theme SD extdata.

When Home Menu is starting up, it can load theme-data from the home-menu theme SD extdata. The flaw can be triggered from here. The ROP starts running at roughly the same time the LCD backlight gets turned on.

Although this triggers during Home Menu boot, this can’t cause any true bricks: just remove the *SD card if any booting issues ever occur(or delete/rename the theme-cache extdata directory). Note that this also applies when the ROP causes a crash, like when the ROP is for a different version of Home Menu(this can also happen if you boot into a nandimage which has a different Home Menu version, but still uses the exact same SD data).

Since this is a theme exploit, a normal theme can’t be used unless you build with the THEMEDATA_PATH option below(the ROP runs a good while after the theme is loaded). Due to how this hax works, the theme is really only usable for BGM(as described below).

This flaw was introduced with the Home Menu version which added support for themes: 9.0.0-X on Old3DS, v8.1 on New3DS. Old3DS JPN theme support was “added” 9.1.0-XJ. The lowest system-version supported by this is v9.0.

Just run “make”, or even “make clean && make”. For building ROP binaries which can be used for general homemenu ROP, this can be used: “{make clean &&} make ropbins”. “make bins” is the same as “make”, except building the .lz is skipped.

Before building, the menurop directories+files must be generated. “./generate_menurop_addrs.sh {path}”. See the source of that script for details(this requires the Home Menu code-binaries). Note that the USA/EUR/JPN homemenu exefs:/.code binaries starting with system-version v9.2 are all identical(prior to v9.9), while USA/EUR binaries for v9.0 differs from the JPN versions. If you don’t have the required Home Menu code-binaries, you can use the MENUROP_PATH option listed below.

Note that the compression done in .py is rather slow: this is why building all versions and such takes a while.

Just boot the system, the haxx will automatically trigger when Home Menu loads the theme-data from the cache in SD extdata. The ROP right after the ROP for USE_PADCHECK, if that’s even enabled, will overwrite the main-screen framebuffers with data from elsewhere, resulting in junk being displayed.

When the ROP returns from the haxx to running the actual Home Menu code, such as when USE_PADCHECK is used where the current PAD state doesn’t match the specified state, Home Menu will use the “theme” data from this hax: the end result is that it appears to use the same theme as the default one.

With the release archive, you have to hold down the L button while Home Menu is booting(at the time the ROP checks for it), in order to boot into the hblauncher payload. Otherwise, Home Menu will boot like normal.

To install the exploit for booting hblauncher, you must use the themehax_installer app. You must already have a way to boot into the hblauncher payload for running this app(which can include themehax if it’s already setup): http://3dbrew.org/wiki/Homebrew_Exploits
The app requires an Internet connection for setting up the hblauncher payload. Once the app is booted, all you have to do is confirm that you want to install, the app will then auto detect + install everything.
This app uses code based on code from the following repos:https://github.com/yellows8/3ds_homemenu_extdatatoolhttps://github.com/yellows8/3ds_browserhax_common
This app includes the theme BGM copying code from 3ds_homemenu_extdatatool, but that BGM won’t actually get used by Home Menu unless you build the exploit with the param related to that yourself. Whenever the Home Menu version installed on your system changes where the installed exploit is for a different version, or when you want to update the hblauncher payload, you must run the installer again. For this you can do the following: you can remove the SD card before booting the system, then once booted insert the SD card then boot into the hblauncher payload via a different method(http://3dbrew.org/wiki/Homebrew_Exploits).

To “remove” the exploit, you can just select any theme in the Home Menu theme settings(such as one of the built-in color themes). If you want the default theme, you can then select that option again. See the “Summary” section if you have issues with Home Menu failing to boot.

If you really want to build a NCCH version of the installer, use the same permissions as 3ds_homemenu_extdatatool, with the same data on SD card as from the release archive.

Yellows8 released two other hacks, a webkit exploit and a Browser exploit for libstagefright executable only on New 3ds up to fw 10.1.0-27.

Here are the readme files:

These are Nintendo 3DS system web-browser webkit exploits for Old3DS and New3DS.

This requires the following repo: https://github.com/yellows8/3ds_browserhax_common See that repo for usage info as well.

These are webkit exploits, so you may have to retry them multiple times before they work correctly without crashing.

Two exploits are contained here, one is implemented only for Old3DS, and the other is only implemented for New3DS:

This is an exploit for libstagefright used in the Nintendo New3DS system Internet Browser. This was originally implemented on August 6-7, 2015.

This exploits the “stsc” vuln with MP4 parsing. https://blog.zimperium.com/stagefright-vulnerability-details-stagefright-detector-tool-released/

This requires the following repo: https://github.com/yellows8/3ds_browserhax_common See that repo for usage info as well.
All system-versions <=10.1.0-27 are supported, as of when this exploit was released.

Currently the length of the URL used for accessing this hax must be less than 48 characters.

The exploit will automatically trigger when loading the mp4, no user-input needed once mp4-loading is started. There must be less than 3 open browser tabs when running this exploit, not including the tab for the mp4. Direct QR-code scanning with an URL for this exploit can’t be done due to this. This is caused by an assert due to a memory allocation failure, presumably because of the heap corruption done by this exploit.
To bypass this issue with QR-code scanning, or to setup the browser so that it auto-loads the exploit, you can do the following:

See the following for a hosted version of this: http://yls8.mtheall.com/3dsbrowserhax.php

Wii U is also affected: all Wii U titles which use mvplayer.rpl(included with each title using it) are affected since that uses libstagefright. At the time of writing, the Internet Browser title from system-verson 5.5.0 is still affected. The author of this New3DS-browser exploit does not have any actual Wii U libstagefright exploit, at the time this New3DS-browser exploit was released.

See the README for documentation.

Builds for EUR v9.2 and EUR v9.3(which are the same as the USA v9.2 and v9.3 builds) were previously missing, this archive now includes those(this were the only missing builds).

When opening the theme extdata fails, it will now print info regarding how to get the extdata created. Some debug code was removed.

The issues with the homebrew-launcher payload are now fixed: booting into another process for apps which need it now works correctly.

As always I invite you to stay tuned on my Twitter @roccocannale for further updates.