PS4: Fushigi no Chronicle/Mystery Chronicle is on sale only for the next 24hrs

So for those of you who felt like the roguelike genre wasn’t unforgiving enough meet Mystery Chronicle where with every turn that passes the screen forcibly scrolls sideways, as the world gets slowly swallowed up by a mysterious light known as the ‘Shine Raid.’ If the hero touches the light, the game is over.

The concept itself is not new as you need not look any further than PC game One Way Heroics which is considered the inspiration, as well as the base, of the game by producers Yuichiro Saito and Yoshinori Terasawa. 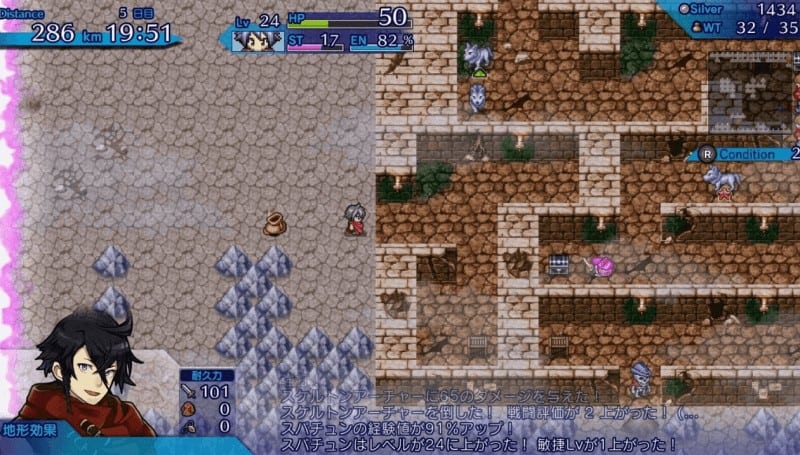 Outside of the forced-scrolling mechanic Mystery Chronicle will play much like like Shiren the Wanderer and other and Mystery Dungeon titles. So while being chased by impending doom your hero must battle enemies blocking his path, pick up items dropped on the map, and invade dungeons that suddenly appear!

There are more than 20 playable classes in Mystery Chronicle, which are unlocked by using points earned while playing. Each class has a different set of starting equipment and ability scores, as well as unique skills they can learn.

One really cool feature of the game is the ability to assign game worlds a name, as well as visit past worlds. Before setting out each time a world will be created with the terrain, items, and enemies being generated based on the name you gave it. Players across games are free to either visit the same worlds time and again by entering the same names, or they can choose to set out on a new adventure by providing a different name for their world.

In order to make your randomly generated world even more unique you’ll come across various random events in the game. These events could be anything from meeting new allies and leveling up, to getting ambushed by thieves and temporarily increase item drop rates.

PS4: Fushigi no Chronicle: Furikaerimasen Katsu Madewa is on sale right now for the 24 hrs for $22.99 get here..

You can also pick up the PSVita version here..