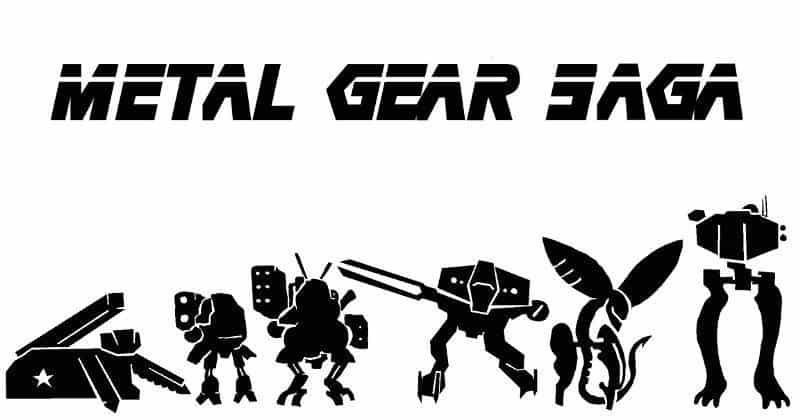 Just in time for the release of MGSV: The Phantom Pain, which will expand what we know about the history of Big Boss (the first major antagonist of Solid Snake), today I will offer you a looong summary of the whole plot of Metal Gear in chronological order, so that even beginners can choose to dedicate themselves to the new title of Kojima without fear of being disoriented from the main story.
Obviously we want to clarify that this is not entirely my own work … well, I have having played every game in the series I could have started a job summary but it would take weeks to complete, so I decided to support the excellent work played by the community of Metal Gear on Reddit who performed for me the most important task: skim unnecessary content to tell the bare minimum (of course you’ll still have a lot to read).

If you are planning to play the whole saga, please go away.

1918 – Powerful mens of Russia, the US and China create “The Philosophers”, an organization that has the ability to decide on the fate of the whole world and influence events
1961 – President Kennedy disobeys Philosophers
1963 – Kennedy is killed
1963 – Metal Gear Solid 3: Virtuous Mission (Playstation 2)

1971 – FOXHOUND becomes a military official unit of US Army

Once the mission is finished Big Boss uses the acquired group of scientists and engineers to build a Metal Gear staff. Once the machine is completed, however Paz, an undercover agent (under the order of Major Zero) steals with the ultimate aim in the future to launch a nuclear attack on US soil and blame Big Boss and his unit
Big Boss decided at this point to create their own military nation, completely detached from corrupt governments worldwide
The nation will be called Outer Heaven and will aim to eliminate Major Zero and The Patriots

1984 – 1994
Big Boss founded Outer Heaven and developed the Metal Gear TX-55
Unbeknownst to the US government, with the help of the infinite wealth that has accumulated over the years, gets total control of FOXHOUND

The Patriots recovered the body of Big Boss and revived through nanomachines inserted into his body, keeping it in a cryogenic coma from which he can not wake up.
Major Zero begins to exploit the body of Big Boss for the construction of nanomachines with which to strengthen their soldiers (Soldier Genome Project), donating their reflections advanced combat skills and courage in the face of death.
Revolver Ocelot (always remained in the ranks of the Patriots) is not happy with the treatment given to the body of his old friend Big Boss and leaves the Patriots

2001 – Major Zero, old and tired, is unable to find anyone who is able to take his place as leader of the Patriots to continue in its mission to unify the world.
For this, commissioned the construction of 4 AIs (ruled by a fifth central AI) they take control of the Patriots and continue their work based on algorithms preloaded.
Before finally leaving the world in the hands of IA, Major Zero does appoint Solidus Snake (perfect clone of Big Boss, and member of the Patriots) President of the United States.

2003 – Roy Campbell and Solid Snake create a military unit in order to intervene in the event of a crisis orchestrated by the Patriots or  FOXHOUND.
Dr. Naomi Watts, chief of the medical staff of the unit of Solid Snake, injects inside Snake (without his knowledge) a virus called FOXDIE.
This virus is managed by a set of nanomachines that have the ability to induce death to specific persons on the basis of their DNA. Naomi Watts was the companion of Frank Jaeger/Grey Fox and the creation of the virus FOXDIE is on his way to take revenge on Solid Snake (who killed his companion) and of the whole unit FOXHOUND.

Following the incident of Shadow Moses Roy Campbell, with the help of information Otacon, it promotes the publication of a book that caused a sensation and discontent in the American population, forcing Solidus Snake (current US President) to escape with Revolver Ocelot (only survivor of FOXHOUND).

Revolver Ocelot implant the arm of Liquid Snake and nanomachines in the body of the latter combine the consciences of two individuals: the birth of Liquid Ocelot.

2013 – The world, after the development of nanomachines increasingly advanced, is controlled by a diverse group of mercenaries hired by governments to solve the various crises: the war is at the heart of the world economy.
The mercenary group most powerful and important is commanded by Liquid Ocelot. To stop the growing rise of Ocelot, the UN order to Solid Snake (now thirty-five) to kill the terrorist.
Snake, as imperfect clone, despite his age has the appearance of an old man and knows that he has very little time to live (the aging process advanced degenerated even more following injection of the virus FOXDIE)

I dig the web to find always fresh news about the tech world, from gaming to smartphones through pc and reviews. I've grown with bread and videogames since the first time I saw one.
Previous NeopopVita Release Candidate!! & problems with PSM solved
Next Native SNES called SNES9XNextVITA ported to the PSVita