Tomorrow, we will release RetroArch 1.2 versions for Wii, PS3, Gamecube, and PSP. Maybe Xbox 1 OG too if I can get that prepped.

The team around libretro held true to their word and just released the newest version of RetroArch (Version 1.2) for various systems and with tons of new features!

The new updates will comprise,

Other platforms will have to wait, but rest assured the wait is not much longer. 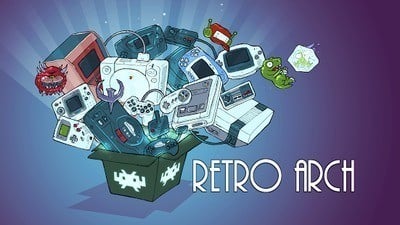 So as of now RetroArch will work on all the following systems and sets the standard on cross-platform portability!

At first, this newest version features a completely new User Interface with 3 themes/menus of your choice:

Coming along with that are translations, boxarts, a media player, scanning files and directories automatically, touch screen support, cheats and probably ALOT more..

In the upcoming weeks you will see plenty of more big announcements coming from us, and we will also provide you with much-needed user documentation on everything you can do with RetroArch now.

This write up doesn’t even scratch the surface of everything that has been done in the last months. They worked really hard and it is looking great! So make sure to read about everything and the details in their release kickoff article.

Note for the PSP/ePSP version:

We could maybe push out a PSP version of RetroArch 1.2 in the upcoming weeks. I’m hoping to get back with the main contributor (aliaspider) who worked on these ports so that we can be assured that we can at least push out the PSP version in a more or less stable and decent state.