E3 2015 is less than 4 weeks away so it’s just the right time for some PS Vita-related predictions and speculations.

The Sony press conference at E3 2014 was seen as a huge disappointment in lots of Vita owners’ eyes with only few games being announced (mostly cross-platform indie games) and being only about PS4 and its success for the most part. Of course, I can’t forget about PlayStation Vita TV, which was announced to be coming to the west with the new name – PlayStation TV. Gamescom 2014 press conference was (for me) surprisingly pretty much the same. Surprisingly because gamescom was PS Vita’s main stronghold in the previous years. Sony managed to kind of fix the situation at its own event, PlayStation Experience, where the PS Vita actually got some space.

Anyway, in 2015, there won’t be a gamescom press conference because Sony decided to go to Paris Games Week instead, and I have no idea what we can expect from that. Tokyo Games Show (TGS) will show us some Vita stuff as well so we might be forced to wait until then. PlayStation Experience will probably be held this year as well although Sony has not announced when and where yet. So all that is left is E3 2015 which, like every year, raises a lot of questions. In this preview/prediction article I would like to point out some of my predictions related to PlayStation Vita. This means that I’m assuming PS Vita will get some time during Sony’s press conference despite the PS4’s continued success. I mean, the only region where PS4 has launched, since E3 2014, is China and I don’t think that will be discussed much. That doesn’t mean I 100% believe it though. I honestly don’t know what to expect but I’m looking forward to it none the less.

New PS Vita
One of the things largely discussed during the last two months months was “PlayStation Vita 3000”. This was caused by @trademark_bot‘s tweet. It turned out to be a “positional trademark”. So no, Sony didn’t register a new Vita model. In my opinion, there’s not going to be anything like “new PS Vita” announced any time soon, especially not at upcoming E3.
I don’t think discontinuation will happen either. Sony are good with two current PS Vita models, maybe they could start selling those cool colorful/LE PS Vita 2000 models in the west. 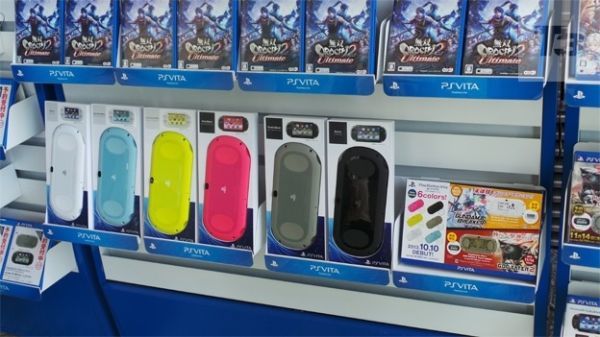 PS Vita price drop
Last price drop occured in 2013. Firstly in Japan (in February), and later that year (August) in the west after gamescom announcement. The price in the west was reduced to $199/€199 (MSRP) to equal Nintendo 3DS XL. Currently, $199 is MSRP of the New Nintendo 3DS. What could the Vita’s next price drop be to? Maybe $150? Would it boost sales enough? Who knows… I don’t think Sony will do it.
Yes, I know, PS TV skyrocketed after quite recent price drop (£84.99 -> £44.99 MSRP in the UK), but that’s something different.

Memory cards
Again, again, again. Memory cards have been one of Vita’s biggest drawbacks, mainly because of their price. Actually, Sony reduced their price once, in August, along with PS Vita but, as you can see in the picture below, the price drop was ridiculous. Later, in January 2014, Sony stated there are “no plans to further lower the price” of the memory cards. Bummer. So that’s out of the question.
What Sony could do though is starting selling 64GB cards in the west so we wouldn’t be forced to import them and pray for them not to break (RIP my dear 64). Even if the price is somewhere around $99, it would be a delight.

P.S. Micro SD’s are not going to happen.

Gravity Rush 2
Gravity Rush is the third Vita game I played and still one of my favorite and apparently I’m not alone. Sony announced, at 2014’s Tokyo Games Show, that Gravity Rush 2 is in development at SCE Studios Japan. Many people started panicking because of the rumors claiming it could be a PS4-only title. Someone asked the always useful “Ask PlayStation” bot on twitter “if Gravity Daze 2 is only for PS Vita”. This was the answer.

@AdherleyCruzO Yes, it is designed for the PS Vita.

I really hope it’s true and we will hear more about it on E3. It’s a long time until TGS.

EDIT: Looks like there’s one more tweet, which I missed. This doesn’t change the fact that we might hear something about Gravity Rush in the next few months, if not at E3, then at TGS.

@AdriPs97 Apologies, we misread your question. The original game was for PS Vita. No details on platform or release date of the sequel yet.

The interesting thing is that something called “GRAVITY RUSH Remaster” for PS4 was rated on a Korean rate board not long ago, but with a release date of “March 20 2015.” However, it’s most likely another rate board lie.

If you really want to play Gravity Rush on the big screen, buy a PSTV and wait for the right time. 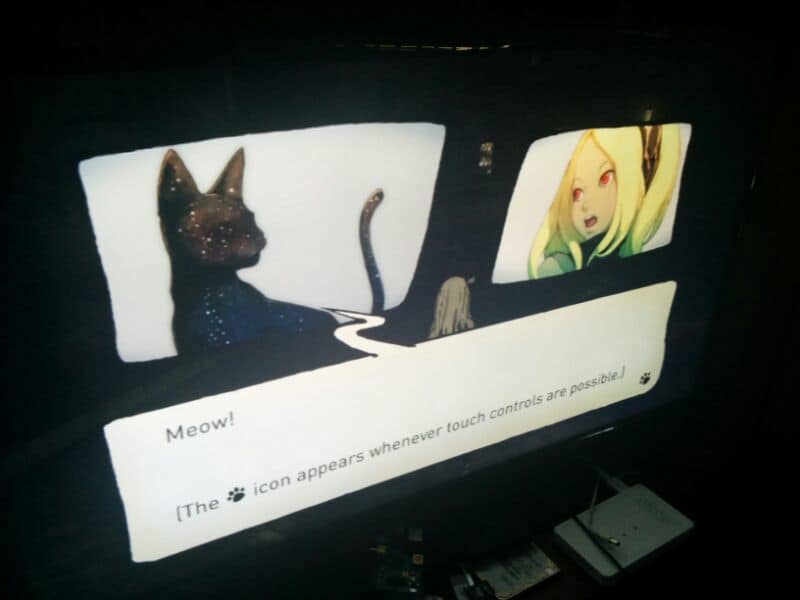 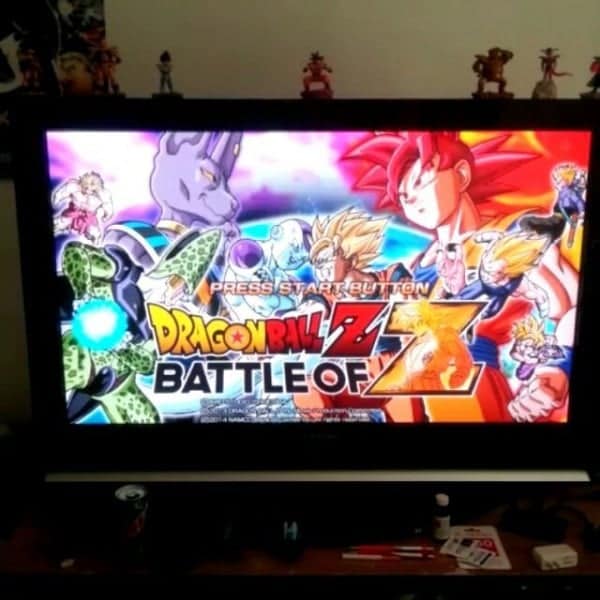 Indies
Nothing much to say here except that a lot of indies will be announced for PS Vita as well as PS4 and PS3. Most of them will be cross-platform and some of them exclusives.

Ports & remasters
The PS Vita has received a lot of ports and remasters, some of them were good, some of them were bad. What matters is that this run will keep going. Maybe we will hear something new about Resident Evil Revelations 2 or a new announcement will be made.

Localizations
Digimon World: Cyber Sleuth, Phantasy Star Nova, God Eater 2: Rage Burst… these are just a few Japanese games that western players are demanding and there are tons of others. Hopefully someone from, for example Bandai Namco, will enter the stage and throw all those announcements at us.
Okay, that’s unlikely… but you never know.

New IP
PS Vita could get an entirely new IP, something like Freedom Wars. Even though it would be fantastic, I think we will have to wait until Tokyo Games Show.

Remote Play, PS Now
We will hear great things from PlayStation Now and the huge library of games it brings to the Vita. Remote Play will be mentioned as well.

Conclusion
E3 2015, as the previous ones, won’t be the Vita’s show. Definitely not. There’s a chance that it will get some attention though, unlike last year when Sony was celebrating PS4’s launch. We will hear about Remote Play, PS Now, lots of indies and maybe a port/remaster announcement. That’s it, my optimistic scenario.

I’m planning to watch the press conference and then write a summary of the PS Vita announcements. I hope there will be something to write about.

See you next time.

Journalism student at Charles University in Prague who likes to write about video games and hacking. I'm also European politics and history enthusiast. I mostly play on PS Vita and PC. Twitter: @Dessel575
Previous Old School Online Gaming: The Start Of It All The XBAND!!!
Next Review: The Witcher 3 Wild Hunt