Hello, ss4gogeta069 here. I’m back with another review and this time it’s a PS Vita/Playstation TV review. I know, I’m all over the place but isn’t that the point? Lol.

Today I bring you Sword Art Online: Hollow Fragment. While this game has been out for a while, it hasn’t lost its appeal as I have yet to see it on a sale. I may have missed it but I don’t think so. It is still priced the same as launch day, $39.99USD! Let’s just jump right in. 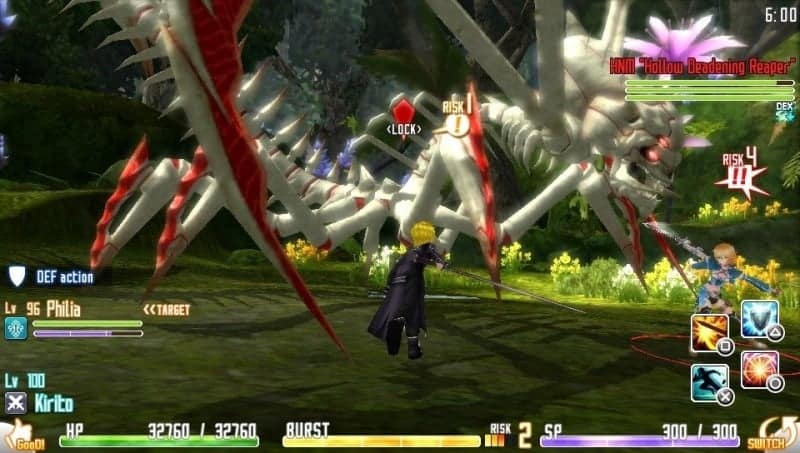 When it comes to Action RPGs it’s very hit and miss with me but this game blew me away! The graphics are amazing and the only lag that seems to happen is in the town square where there is a LOT of NPCs. Aside from that the visual styling is spectacular. I don’t know if you happened to catch the JP release of SAO: Infinity Moment but if you did then you’ll recognize half of this game. They basically took that game, restyled it with updated graphics and add an all new area known as the Hollow Area.

Gameplay is good but it takes a little getting used to. I honestly played it for about 10 minutes and said, “This game is weird” and put it down. However, knowing I had spent $40 of my hard earned money on it I was determined to play it. I picked it back up and didn’t put it down for quite a long time. You start out bumping into a girl in the woods where you were just mysteriously teleported to. At first, the two of you are wary of each other as you don’t know who is friend or foe but soon you discover you both have a common goal… finding out where you are and why. 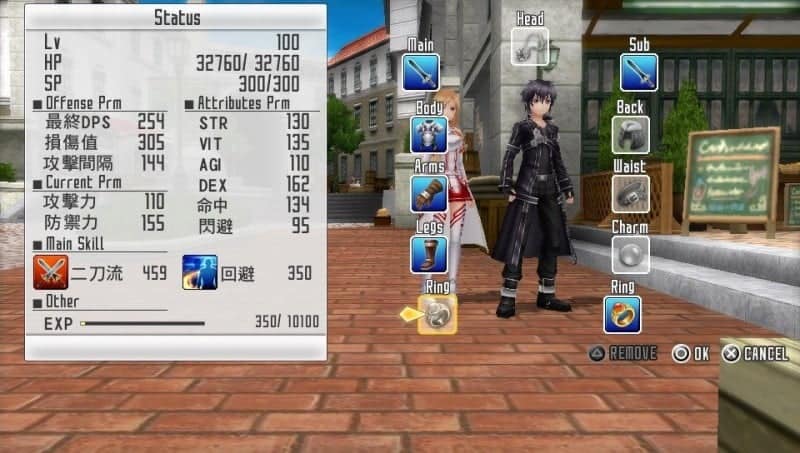 There isn’t much time for chit chat as you’re almost immediately thrust into a battle, trial by fire you might say. When you start out you have a palette on the right side of the screen that corresponds to the buttons. You learn that there are also two additional palettes that appear when you hold the left trigger or the right trigger. Those can be customized however you want. Also, there is no pause, in the normal sense of pause. If you press start to use an item or check something gameplay continues. You earn skill points and can use them to learn new skills that can be assigned to the palettes. 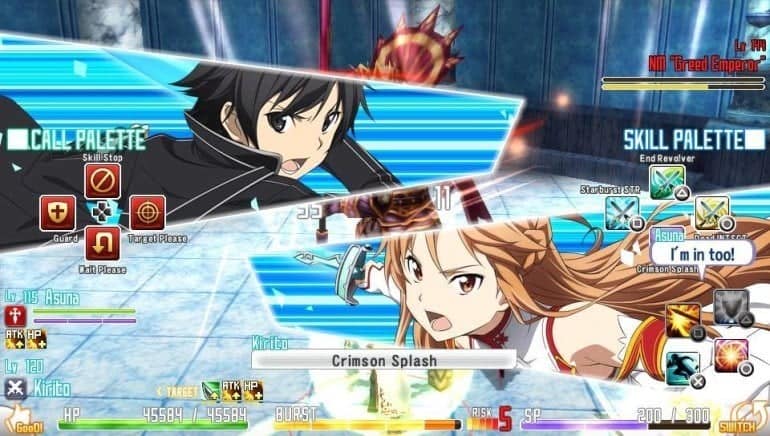 Controls take a little getting used to considering it’s a Japanese game. Obviously the circle and X buttons are reversed but aside from that you’ll be off and playing like a pro before too long.

You meet a few new friends along the way and, naturally, your regular cast of characters is right there with you. One of the strange things about this game is you start out at level 100. There is an affection portion of the game as well. Depending on who you spend the most time with and who you”date” it will change who is in certain scenes with you. Also, if you haven’t read the manga or watched the anime I would suggest one or the other considering you won’t have any idea what is going on. SPOILER ALERT- If you haven’t watched the anime and plan to then skip to the next paragraph. Have you skipped it? Well, as you know SAO ended at floor 75. Well, in this game it seems that even though you defeated Akihiko Kayaba, the game did not end and you must finish the rest of the floors up to 100. 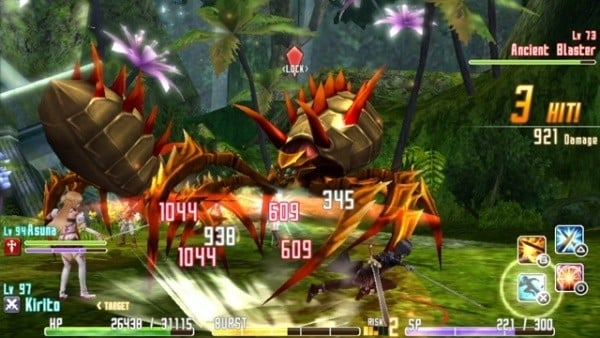 Each floor consists of several quests and also a boss room that, just like in the anime, the assault team takes on. However, that’s just the part that came from Infinity Moment. Also, the Hollow Area sits there, accessible and always alluring making you want to venture deeper into it and explore the far reaches. It’s suggested that you finish the Aincrad segment before tackling the Hollow Area. As for myself, I decided to do both. I hop back and forth. Level grinding is tedious as the easy to kill monsters yield very little experience and the difficult ones with good experience can kill you if you’re ill prepared. You can level up weapons and also there is a lot of free DLC with the game. Yes, I said free. From costumes to weapons, you can get it all from the Playstation Network. 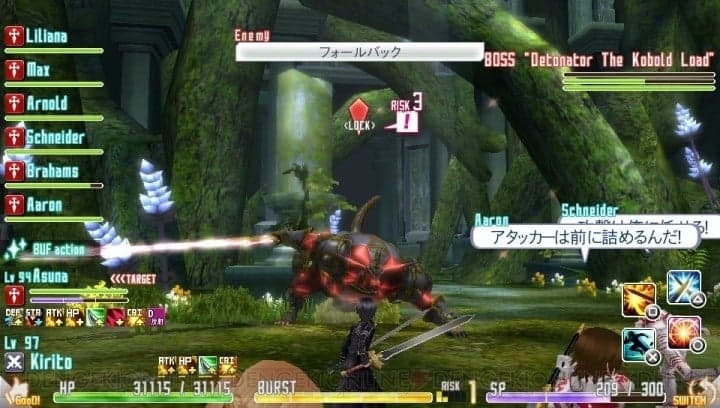 If you’re like me and kept your Vita on the golden 3.18 firmware, fret not. This game runs on 3.18/3.20 and also you can download the DLC to your PS3 and transfer it to your Vita or Playstation TV. If you’re after the US copy, it is digital only. The Chinese copy has English available but I’m not sure how the translation is. It can’t be any worse than the US version. There are some really funny moments where you’ll say, “What did that say?” LOL 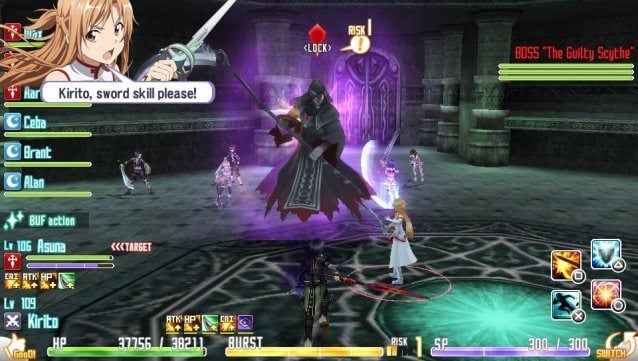 I would easily rate this game a 9/10. With its stylish, fluid gameplay and extraordinary graphics it’s sure to catch your eye, especially if you like ARPGs. What are you waiting for? Go get this game! If you still need some more convincing then here is some gameplay by GadgetGirlKylie… CLICK HERE! Be sure to keep an eye out for Sword Art Online: Lost Song as it will be coming out soon for the Vita/PSTV and also PS3! Thanks for reading my review and Happy Gaming!

Just your friendly neighborhood redneck from Alabama keeping things interesting. I cling to my God, my games and my guns! Roll Tide and HAPPY GAMING!! You can find me on Facebook and Twitter @johnfrazarjr
@JohnthePooka
Previous The Week Ahead: 5/19-5/25
Next Run Android Apps on your PC – Google ARC (Beta)