Windows 10 will be free for everyone, including pirates

This summer, Microsoft is going to launch Windows 10 in 190 countries and 111 languages. Microsoft has already stated that users with Windows 7 and Windows 8 will be given an option to upgrade to Windows 10 for free during the one-year period after the launch, but that’s not the end.
Today, at conference in Shenzhen, Terry Myerson (Microsoft’s Executive Vice President of Operating Systems) announced that even people with pirated versions of Windows 7 and 8 will be able to upgrade to Windows 10 for free. 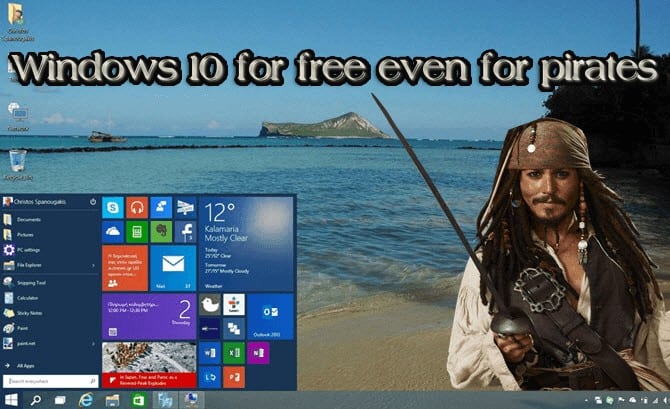 This seems to be very reasonable (and HUGE) decision, which goes with Microsoft’s plan to gain full control of the market, especially the Chinese one, where illegal copies of Windows are very popular and easy to get. This will surely convince many people (not only in China) to start using legal software.

Journalism student at Charles University in Prague who likes to write about video games and hacking. I'm also European politics and history enthusiast. I mostly play on PS Vita and PC. Twitter: @Dessel575
Previous Q & A: With Yacht Club Games
Next SCE PSVita Hardware by Josh_Axey