What the hell did Total Noob do to TN-X (rant)

Well it’s been one busy day on twitter about Total Noob’s TN-X and instead of me trying to reply in a 140 characters I made this post.. 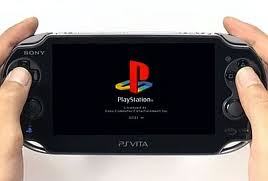 So it seems that Total Noob has made TN-X not work for one person, The Zett. I didn’t think Total Noob would ever do something like this, as it’s not cool at all. No matter how much you dis-like someone.

So what did TN-X do to the Zett, well in this article over at wololo. It seem to erase content put in psp game folder like homebrew and emulators. Like I said before this is not cool!!! Why didn’t this happen to you? It looks like Total Noob only made this happen to one person as there has been no one else reporting this problem, since the release of TN-X. So if you haven’t notice anything disappering from your game directory, you have nothing to worry about. Now if you are still nervous you can use Qwikrazor ‘s updated TN-X with all that code missing here.

I don’t know why those two always seem to fight. You can see here in Total Noob’s youtube post that he even calls out the Zett, which I still find childish. Quote from Total Noob’s Youtube of the PS1 bubble.

In addition I made many haters, particularly The Zett this ugly bastard shouts out loud that I’m a fag because I don’t share my TN-V source code? WTF?! It’s my own project on which I worked for 3 years and this motherfucker, who can not even write a single line of code, thinks that he can insult me? I’m the only one who can decide what to do with my own written code.

If you don’t like someone just be the bigger man/women and ignore them. So all said done Total Noob was wrong for what he did and should have been the bigger man..

I like to get everyone the right info and I like to help others get the most from there electronic devices. I enjoy playful cleverness and the exploration of technology. My Motto: You own it, you can do whatever you want with it.
Previous Gateway 3.1.1 released, Now use Cubic Ninja to boot with the New 3ds
Next Q & A: With Yacht Club Games