Our Q & A with Locomalito

riddle43 February 18, 2015 Android, GameStick, News, PC, Retro gaming Comments Off on Our Q & A with Locomalito

Hello everyone, it’s riddle43 back with a Q&A from Locomalito a homebrew developer from Spain. He has made such titles as Gaurodan, 8 Bit Killer, and Maldita Castilla to name a few. 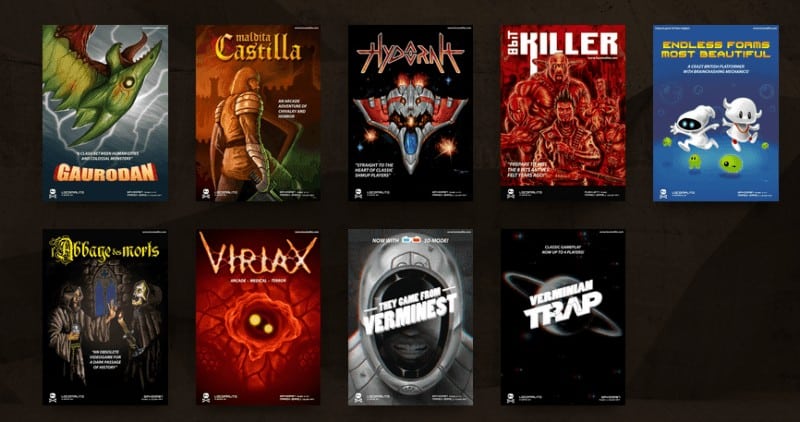 So I decided to ask him a few questions about this games and his views on gaming. Here’s what he had to say..

1)Q: How about multiplayer for Maldita Castilla (Cursed Castle)?

A: No, this kind of videogame is oriented to one player only. Most events and level design are oriented to follow one player, so it’s not an easy thing to make it work for more players.
2)Q: Why not bring it over to PSN/PlayStation Mobile?

A: Porting my games to new platforms is not a priority for me right now, because the time I’m working on ports could to use to work on something new.

3)Q: What was you favorite game when you were a kid?

A: I have a lot of favorite games to just pick one, but I can say Konami and Capcom arcade games from the mid 80s to early 90s. Contra, Gradius, Ghost’n’goblins.
Lately I have been playing Chelnov, trying to beat it with no credits.

4)Q: What is your next game going to be about?

A: I’m actually working on two projects, a little and a big one. I just like to develop games in my spare time, but I started a method to work on two games at the same time. So when the big one takes too much energy away from me, I can stop for a while and work on the little one.
In this case the small project is The Curse of Issyos, an 8 bit looking action platformer with a Greek mythology background and tons of the Ray Harryhausen influence. I started this project before Maldita Castilla, but it has been frozen since 2010.
The big one is called Star Guardian, it’s a short but intense action game with Pulp Sci-fi Art and some mixes between fighting and shooting sidescrollers.
Both games are still in early development, but I hope at least The Curse of Issyos will see the light this year.

A: I have a few reasons for doing so. One is because I want to preach about the values of short, dense and challenging videogames. Because those values are so unusual nowadays, it’s better to enter unusual channels to get the right audience. Another reason is because my games are really personal, and I don’t want to put a price and package them like a product along with the thousands out there in the market. But surely the main reason is because I like the freedom of doing things my way, without worrying about customers, producers or publishers, so I have a nice environment to develop my stuff without external issues.

6)Q: What made you want to program in the first place?

A: I think making games is a natural reaction to the people who grown up in the 80s. We had too much crazy ideas put into our minds back them: videogames, awesome sci-fi, fantasy tales and heroes… many people dreamed of making games back then, and well, I just never abandoned the idea as a grown up.

7)Q: What advice would you have for anyone who want’s to make games?

A: I’m not a guru to tell, but I can tell them to just to try their best turning their own ideas into finished videogames. We are entering an era where there will be less huge productions and more little content oriented to niches, so don’t throw your personal crazy ideas to the trash, because there is always a public for them out there, maybe a public that has been waiting for many years. Do your best to impress with your personal and local stuff.

8)Q: Who or what has inspired you in your games?

A: Maldita Castilla is heavily inspired by Ghost’n’Globlins, the first game from the Ghouls’n’Ghost series, but it also takes a lot genes from Shinobi and the early Castlevania series that were designed like linear adventure games. Tiger Road, Black Tiger and others are also influences, so even if it look like a G’n’G at first sight, an experienced player will notice the 1995-1997 arcade background.

9)Q: What is you favorite next gen system?

A: I don’t have a console, but the coin-op arcade cabinets. In fact I’m actually restoring a cabinet for myself with the money. I’m not expending in a new generation console, hehe

10)Q: Have you thought about opening your own video game studio because of the constant surge of innovative games or games that beat the AAA game formula in today’s market?

A: As long as I can have my work as graphic designer for a living, I just prefer to make games as a hobby, so I can just do what I want without caring about sales and other stuff.

I want to say thank you form all of us here at Hackinformer.com to Locomalito and if you would like to learn more you can visit his site here http://www.locomalito.com/