The Witcher 3: Wild Hunt,pushing the world of RPGs beyond their limits 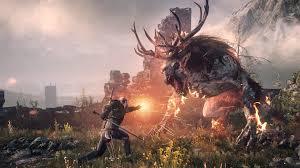 About year ago, we saw for the first time the world of The Witcher 3: Wild Hunt, and it was immediately clear that the title would have pushed the world of RPGs beyond their limits with a quality that would have made full use of the new generation .

With a world so full of stories, characters and opportunity to embarrass the previous chapter, the announcement of the shift in the game of 2015 seemed to many a sensible move, even if you do not like. But in the end to CD Projekt RED, as you want to develop games, either for his philosophy away from the canons of the software house eager for profits, we forgive almost anything.

After having a second glimpse of the banquet that CD Projekt in Serbia for us next year, we are even more confident that The Witcher 3: Wild Hunt will be a serious contender for the title game of the year, thanks to a very simple concept : witcher who wins is not exchangeable.

The Witcher 3: Wild Hunt is a title that focuses on open world: the developers are keen to point out that everything we see is explored and that there are no invisible walls, only much, much space, filled with monsters, stories and adventures. To get an idea, during the presentation we moved between two points, and the route, without quick trip, would have required a 20-minute gallop with a horse launched at full speed.

But even with all this world to explore, what matters is the story of Geralt and his fight against this seemingly invincible army of heavily armored beings, the Wild Hunt, who is spreading a trail of death, destruction. And even if in the end we know that sooner or later we will have to face the Wild Hunt, the way we’ll change much between player and player, because The Witcher 3: Wild Hunt multiplies the range of moral choices in a drama and a level such that to embarrass The Walking Dead.

The story of Geralt in fact are never black or white, and as shown in the 45-minute E3 presentation, focus on your goal can lead us to make choices quite heavy from the moral point of view.

The piece of history began in fact shown after the fight with Griffin that we saw in the presentation, allowing us to admire the beauty of Novigrad, one of the most important cities in the universe of Geralt, the witcher is returning to where to collect the bounty.

Only instead of the classic money, Geralt asks about a woman with hair the color of ash that may have important information on the Wild Hunt, and the person for whom we killed the griffin may have information about her.

As we told you it happens in a few minutes, but more than enough to show us the beauty and grandeur of Novigrad, a medieval village that seems seriously in every way, from the first stone of its walls to the crowd animations that passes around.

Collected my reward will come brought a swampy area where we will be asked to remove another monster, and although the game’s missions seem in some cases very similar, or otherwise moved by a precise choice of game design, what makes them different are the moral choices that we often tend to evaluate. And if the answer seems easy you imagine having to remove malignant entity that will ask you to make a pact to save someone from the people who have sent you. What will be worth more to you, the people, or other information for your research?

The answers are critical, as they may drastically change your story. According to the developers, you can choose a specific quest bloccarvene other, and the number and type of quests will vary between day and night, as well as the characteristics of certain monsters. Besides, no one would fight with a werewolf at night.

With regard to the fighting, mechanics remains essentially identical to the past: a sword “normal”, a special silver for monsters, very spectacular moves and spells based on the signs, but everything is much more splatter, with a lot of blood is diluted in puddles or stain the grass.

Regarding the signs, however, we have noticed the change, first of all can be used in the counter moves to stun enemies and remove them with ease, also the sign Igni, that of fire, in addition to being used to detonate the gas marshy can also be used as a sort of flamethrower, probably by releasing its abilities.

The only addition is the crossbow, Gabriel, good to eliminate enemies winged, that while using leads to a slowdown in style bullet time.

There will obviously be a phase in which the crafting potions, weapons and armor, using what we will find in shooting or purchasing the materials from the shops in the city.

Even the style of combat remains unchanged, so no lock on enemies, which will force you to carefully calibrate your movements, otherwise the risk of pulling a spadata too and ritrovarveli behind.

So, if history, moral choices, great storyline and spectacular fights have made the fortune of The Witcher 2, here you will find them multiplied by a thousand in the third chapter, which will appeal to all those who feel the need of an RPG full of content and exciting to play in its entirety.

Be careful though, we are not faced with a more of the same, but the work of a team that knows their strengths and exalts them from the point of view of graphic and narrative.

Moreover, for years, CD Projekt does not seem to really make mistakes.

I dig the web to find always fresh news about the tech world, from gaming to smartphones through pc and reviews. I've grown with bread and videogames since the first time I saw one.
Previous Dragon Quest XI coming in 2016
Next Incoming TN-V 9 update with PS1 sound for firmware 3.01 and lower..