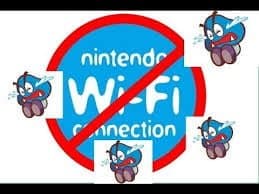 Well everyone, that fateful day has come to all users of Nintendo as expected, they just announced that on May 20, certain online features in Wi-Fi Connection will be removed.

Nintendo say’s, that the “Nintendo Wi-Fi Connection” is no longer active for the DS, DSi and Wii systems. In other words, the online component and several app will no longer be accessible. Now they where quick to point out, that offline play will still be available. Also online game play will not be affected on the Wii U or 3DS. The Wii mode which allows you to play older titles and payable DS game will not work online anymore.

Here are among the most important titles involved in this “shut-down” You will find Mario Kart Wii, Super Smash Bros. Brawl and Pokemon Black & White In spite of this can still be used:

One again the game titles for Wii U and 3DS are in no way affected by the service outage.
Leave your comments below or hit my twitter @666darkamon666

I dig the web to find always fresh news about the tech world, from gaming to smartphones through pc and reviews. I've grown with bread and videogames since the first time I saw one.
Previous ASUS Transformer Pad TF701T – Review
Next XBOX ONE Controller Workaround for the PC