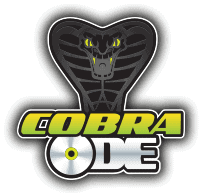 Team corba is releasing another new update for the COBRA ODE. The bootloader is
being updated to v1.1 which should fix everyone’s problems with USB thumb
sticks not being recognized. Please refer to the user manual for
instructions on updating the bootloader.

Also, the MCU update is now at version 1.3 which also fixes the USB thumb
stick access, as well as a few other small fixes. Please refer to the
Changelog.txt for more information.

The COBRA manager has also been updated and is now at version 1.2. You can
now load games without rebooting your console or ejecting the disc. Simply
quit the manager after selecting your game and the manager will make the
PS3 restart automatically. If you wish to quit the manager without
rebooting, simply press X to discard the yellow dialog before quitting the
game and it will not restart the XMB.

The third-party library is also being updated with many changes which
break the previous API, and to better parse the new files available from
the ODE. ODE Manager developers should read the documentation and review
the new API when integrating. Also, please refer to the user manual to
understand the changes to the file structure.

Note that initial orders may not recognize all the USB drives, so if the
LED does not flash purple, the update may not have been performed. Use a
thumb drive or hard drive which works with the ODE to install the initial
bootloader update which will then fix support for all other drives.

They are working hard everyday on improving the COBRA ODE, most critical day
one bugs are now fixed. They have just discovered a data corruption in the
DISC.ISO file when dumping the original disc which we will fix as soon as
possible. In the next releases, you can expect the following features :

All files can be found in our download section here:
http://www.cobra-ode.com/downloads.html