Today’s review is going to be a little bit different. I’ll start with the standards of the features, description, and unboxing video. But after that, my experience with the product will be told like a story from beginning to end. Because just like any good story, there are ups and downs. You deserve to know how I felt on the highs and the lows. You can then decide for yourself if you want to deal with the same things and get the same outcome/rewards. Let’s begin! 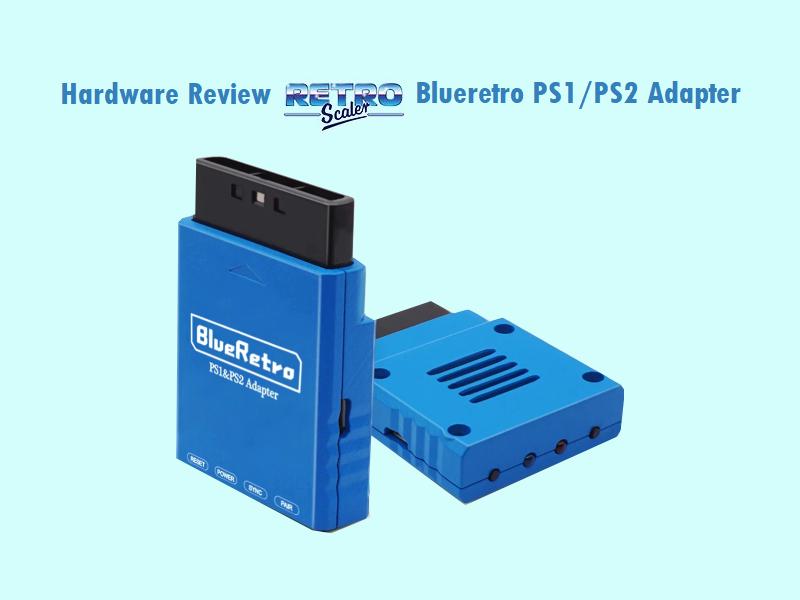 BlueRetro, a multiplayer Bluetooth controllers adapter for PS1/PS2 consoles, is an open-source project based on darthcloud. It uses the popular ESP32 chip. It can support original Wii, Switch, PS3, PS4, PS5, Xbox One console wireless controller.

1）Only suitable for PS1/PS2 console.

3）Almost zero latency (the PS4&PS5 controller is under 6ms).

6）Keymapping via web browser on PC with Bluetooth.

So here’s the story:

Picking up right after the unboxing video, I went into my secondary room where I have all of my consoles. My PS2 was sitting right there just waiting to be played. I didn’t consult the manual, though I probably should have. No, I just plugged the adapter into the first controller port of the PS2. If you watched my unboxing video, then you’ll know that my desired controller to use was my red PS3 controller. So, I powered on the PS2 and I started holding the pair button on the adapter. I then realized that the PS3 controller was likely dead. Not only that but it was likely paired with a PS3 already. I plugged the PS3 controller into a power source and waited for it to start charging. I held the home button down on it to try to get it to respond with the BlueRetro adapter. Failure.

I tried a few different things, even googling, but never referencing the manual. After fiddling around for five or so minutes, I reluctantly got myself up and went to find the manual. It was in the exact place that I left it in the unboxing video. As I said in the video, there is a lot to the manual. It is a hefty boy for sure. The manual is split up into how to sync various controllers and troubleshooting. Once I looked in the index, I saw that there was a specific section for the PS3 controller. I immediately turned to the section and my smile faded. I had to do literal work to sync a PS3 controller.

Every controller set up in the manual is one page each. The PS3 controller, aka the only controller I wanted to use and had an extra one of, is seven pages. Now, at this point, I want to put your mind at ease. I’m definitely not going to explain to you all of the steps that you have to do. But let’s definitely go over the basics together. You have to first have a computer and that computer must have a way to send and receive information via Bluetooth. I got lucky as I had recently bought a USB Bluetooth adapter that works up to Bluetooth four. The manual doesn’t state what compatibility you need either, so your guess is as good as mine. You also have to have an internet-capable computer. Finally, and less of a big deal, you need to have a USB cable that goes from your PS3 controller to your PC. So, miniUSB to USB type A for most of us. So, I have Bluetooth, an internet-ready PC, and a USB cord for the PS3 controller to plug in. I downloaded the appropriate program and installed it accordingly. The next step was to figure out the MAC address of the controller however that’s where my first hangup was. They want you to go to a site, plug up your PS3 controller via USB, and then click a button on the site to request Bluetooth connectivity to the controller. Well, despite changing out USB cords, USB ports, controllers, and the whole computer, I just couldn’t get Windows 11 to play nice with the controller. After all of the experimenting, I don’t even know what I did, but I got it to work.

The next hangup was the Bluetooth through the website. After I got Windows 11 to successfully accept and install the driver for the PS3 controller (which it doesn’t even mention in the manual), I was able to get it to start searching for the PS3 controller. That’s right, it wouldn’t even search for a PS3 controller via Bluetooth until the PS3 driver was present on my computer. I don’t have any idea why, but that’s precisely how it happened. But did that solve everything? No, it definitely did not, because that is the point that I’m still at. Despite everything, I can’t figure out why it won’t detect my controllers over Bluetooth, but I’m done trying. I can’t imagine that it’s because I don’t have a Bluetooth five adapter. The PS3 controller doesn’t know what that is, so I would hope that the website doesn’t require a Bluetooth five capable adapter. Especially because it doesn’t mention the requirement in the manual.

But maybe you don’t care about using a PS3 controller and you’re ready for me to shut up about my disdain with the device and would like to know about the rest. Well, everything else is great, honestly. The price is affordable and the shipping was fast. If you need to update the firmware on it, it’s simple and fast. I put information regarding that down at the bottom before the purchase link. I feel like the latency is imperceivable, I don’t have any tools to test that. But I’m a self-professed Tony Hawk and DDR person, both of which require accurate timings. I played a lot of both (and Britney’s Dance Beat) and I couldn’t notice anything. My scores in Tony Hawk are on average the same and my grades in DDR didn’t decrease (or improve), so I know that the lag is minimal. The syncing of every other controller that I had from the list worked as promised in the manual. They were PS4, Wii U Pro, Xbox One S, Xbox Series S, Joycons, Switch Pro, and Xbox One S. I really don’t like using ultra new-fangled style controllers though, so for me personally, this product is a pass. I’m sure that it isn’t the fault of the company for this issue, it’s likely because of how the PS3 syncs controllers and the way it interacts with Bluetooth. I also am aware that this will be true of any Bluetooth adapter that touts compatibility with PS3 controllers. Furthermore, I’m very aware that I’m a strange case. Most normal people will find value in owning something that can give you a wireless controller with the compatibility of a wide range of controllers. I still respect BlueRetro in general for what it gives us that we didn’t have before for our PS1 and PS2 consoles. But until there is a better or simpler way to connect a PS3 controller to it, I’m okay using a wired PS2 controller.

2) The Link for Blueretro the latest Firmware 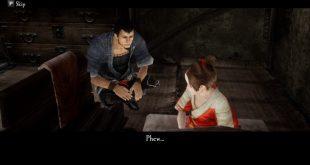 Review – Kamiwaza: Way of the Thief