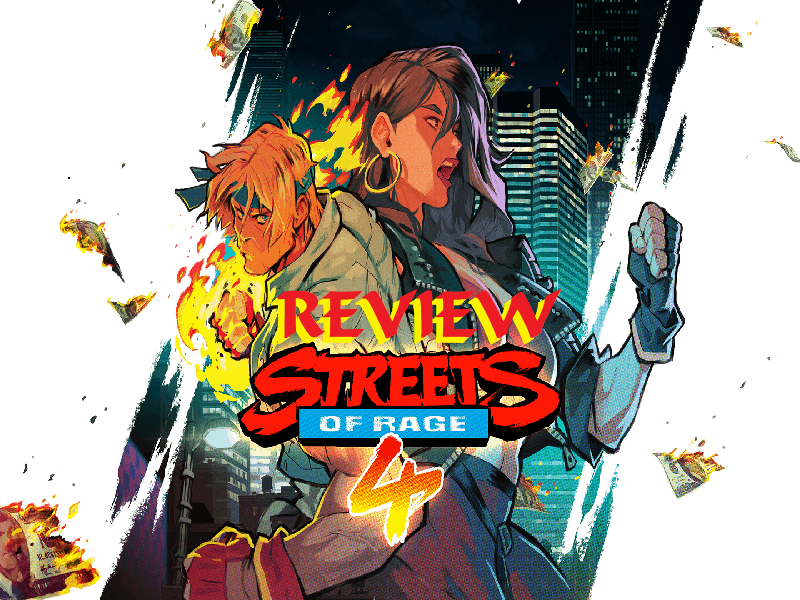 The long-awaited sequel that you didn’t think would be good is finally here! If you’re a Streets of Rage fan, you probably already have the game purchased by now. But maybe you’re somehow still on the fence about Streets of Rage 4 (LizardCube/Guard Crush Games/DotEmu, $24.99)? Here, take my hand and let me show you how fantastic this game is. It’s been decades of wait time and you deserve this. Let’s go! 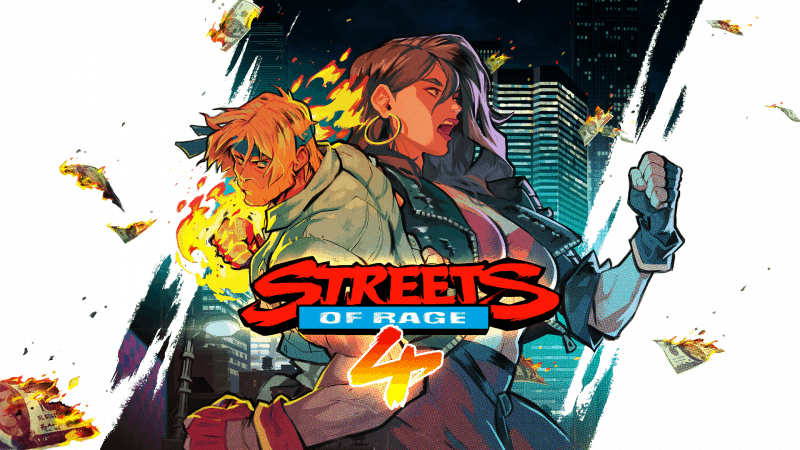 Featuring hand-drawn visuals from the team behind 2017’s gorgeous Wonder Boy: The Dragon’s Trap remake, Streets of Rage 4 builds upon the classic trilogy’s gameplay with new mechanics, a fresh story and a gauntlet of dangerous stages with a serious crime problem. Streets of Rage 4 recalls classic gameplay but it stands as an entirely original arcade-style romp thanks to the expertise of Guard Crush Games and Dotemu.

Whether players gang up with a friend or clean up the city solo, Streets of Rage 4 is a skull-bashing, chicken-chomping delight all set to a thumping soundtrack sure to get your blood pumping.

First we’ll start with the audio (naturally). I wanted to touch on the voiceovers to begin with. The game has about the same amount of voiceovers that the previous games had. Maybe the laugh of a villain or sounds of people getting punched. The protagonists say a catchphrase here and there when executing more special moves. The reason I wanted to delve into this, in the beginning, is to show that the devs didn’t try to overdo the voiceovers.

In this day and age games have high-quality voiceovers every turn, doesn’t mean that Streets of Rage 4 does. They balance it the same way the old games that had the hardware limitations had to. It’s nostalgia done right. And yes, the voiceovers sound good. They didn’t purposefully modulate the voices to make them sound like they’re coming out of an early 90’s arcade machine. They updated it but kept it the same. Follow me?

The music itself is somehow also perfectly balanced. What I listened for first was if they just put in modern-sounding music. Maybe they put in retro sounding music. Maybe they just used music from the first three games. What I heard was a pleasant surprise. We do indeed get 16 tracks from the original composer, Yuzo Koshiro, you’ll just need to enable it. What we also got was music made to sound as if it was early 90’s sound made with modern tech. But they also sprinkled in more modern music practices and styles.

A little splash of dubstep here and there as well as other modern music philosophies. Because the game does indeed take place in a time closer to our own, it only makes sense that the past collides with their future. I could go on all day, dissecting the music. I think it’s easier to give you the streaming and purchase links for the soundtrack. Maybe the music alone will sell you on the game. It sets such a mood and makes the game even more playable! Purchase soundtrack on Bandcamp by clicking here. You can also stream it through multiple outlets, click here to take a look.

And now the visuals. *Makes Italian chef hand-kissing gesture* Usually I feel that the soundtracks of games overpower the visuals. Don’t get me wrong, visuals can be grand and beautiful, but the music just gets me into a mood. With Streets of Rage 4, however, I feel equally in tune with the visuals as I do with the music. And there I go again, up balance in the game. There’s just something to be said about the 1080p, hand-drawn worlds with their respective atmospheres and the characters that inhabit them.

The characters look especially pleasing to the eye. The everyday villains that attack you have as just as much detail as the boss characters and the main protagonists. There’s not one area where they glossed over detail. It’s the same artists that drew all of Wonder Boy and that game also looked beautiful. These artists know how to make it look like you’re playing a cartoon. Whether it’s the fun and fantastical world of Wonder Boy or the dark, mean “Streets of Rage”. 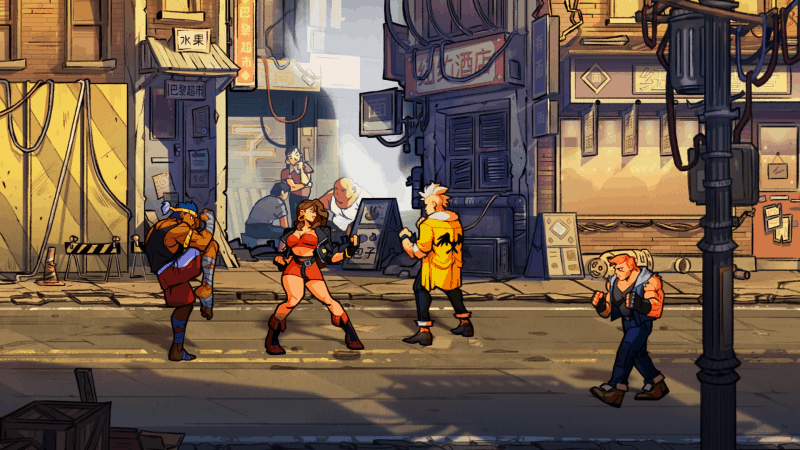 There is simply so much jammed in this game. So much to talk about. I’ve been toiling over this review for a very long time, I’m certain that there’s no way that I’ve covered everything without spoiling anything. 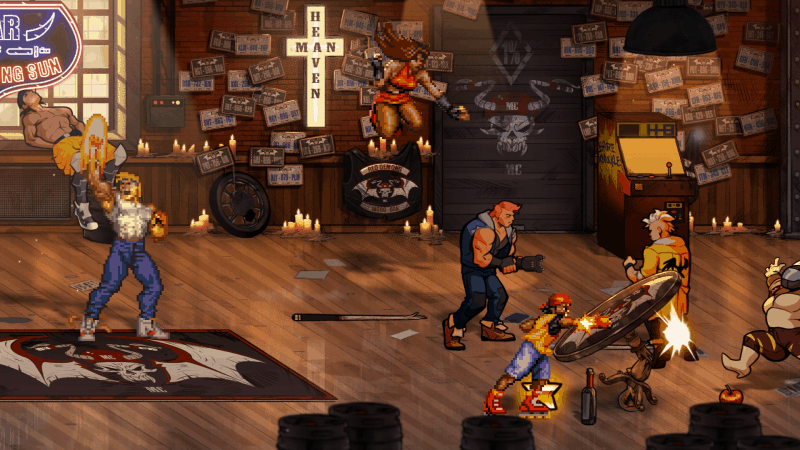 This section has always been dedicated to how one could get the most bang for their buck out of a game. Some games don’t really have much replayability. Some games are short and have no replayability. Well, let me tell you, son, this game has so much longevity to it, I think you may feel overwhelmed long before you ever finish it.

First off, I need to mention again the unlockables. From the extra modes to the extra characters. Playing the game through to unlock everyone should be your first endeavor. Then you can play all of the modes you’ve unlocked. After that, you can replay the entire story mode with all of the characters that you have not already completed it with. That’s a lot of playthroughs of the story mode. You can do arcade and boss rush modes the same way. Have fun with that, that should take you an incredibly long time. But wait, now you have to redo all of those modes with different characters on each of the different difficulties. Because, lest you forget, there is also a leaderboard point aspect, like in the arcades.

But wait, now you can do all of those configurations with the Legacy mode controls that I had mentioned earlier. Now let’s mix all of those possible scenarios with the fact that you can play multiplayer and add in friends up to four total players, in fact. It’s so easy for friends to jump in and out of online, you can also easily jump into existing games with ease. And then, let’s not forget about the achievements built into this game. I mean, come on guys, this game could last for months on end if played correctly.

Last of all, I anticipate DLC characters and modes. There’s just no way they’d be dumb enough not to make more money off of a game that has gotten such high reviews across the board. I personally would love to see the bosses be playable as well as Roo/Victy (he was a bartender in this game). 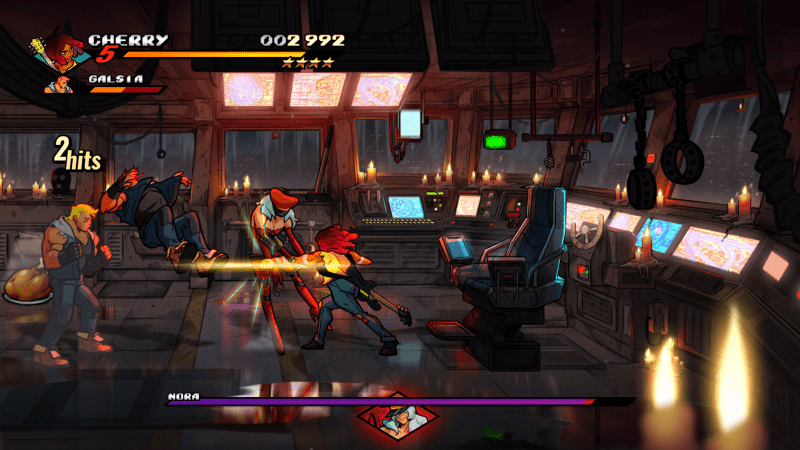 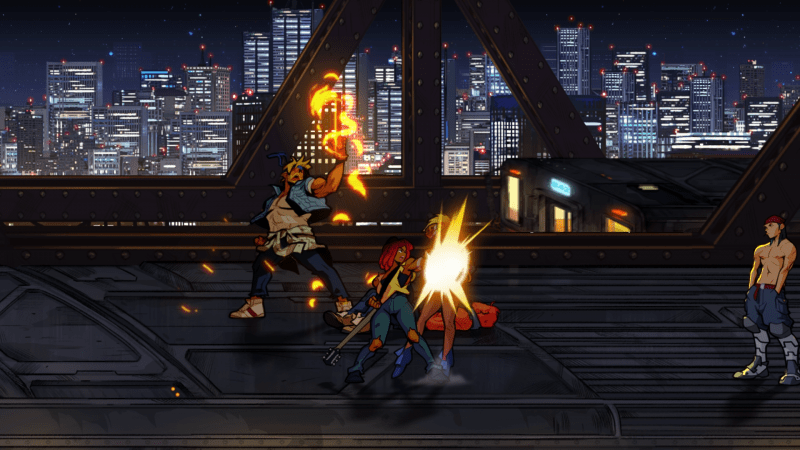 @V1RACY
Previous How to install Android on the Switch if you are using a SX Pro dongle!
Next Assembling Final Fight Arcade 1UP Cabinet