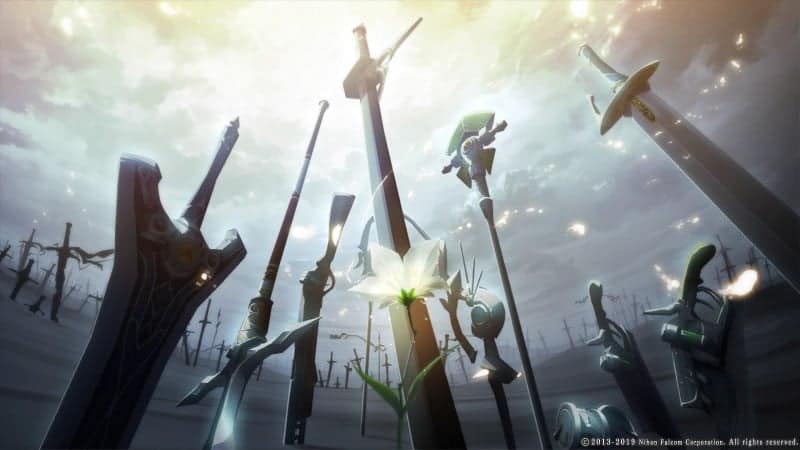 Welcome back to another episode of… wait, this isn’t television. This is Hackinformer and I’m not an actor, I’m a writer, and I use the term loosely. LOL. Anyway, ss4gogeta069, along with my co-author mgs2master2, back with another game for you. This time it’s a game I’m quite familiar with and have actually reviewed before, Legend of Heroes: Trails of Cold Steel. Let’s dive in!

So, you may be asking, Gogeta, why are you telling me about a game you reviewed a while back for the PS Vita and PS3? Well, to be honest, I’ve been hoping for quite some time that we would see this spectacular game hit the PS4 in all of its 4K glory. I finally got my wish. This game is one of my all-time favorite RPGs and as good as the graphics were on PS Vita I knew it would be one beautiful display on the PS4 Pro. Well, I was certainly not disappointed. 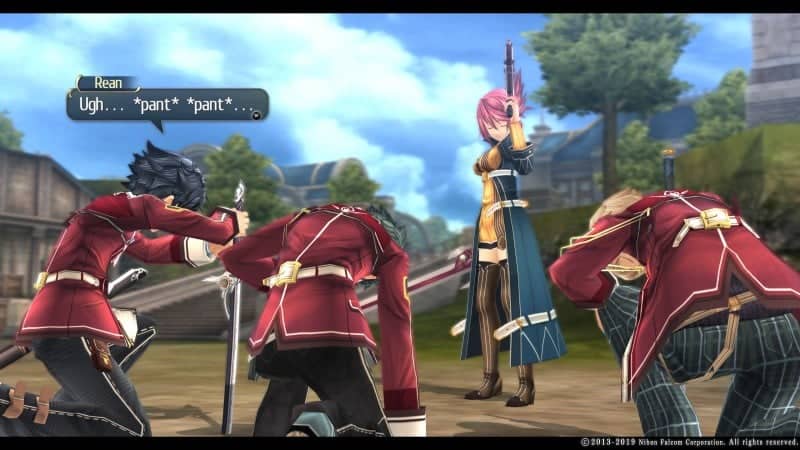 If you want to get a full run-down of the game you can CLICK HERE to read my original review on the Vita version. For now, I’m just going to highlight some of the finer points and give you the skinny on the changes.

This is a turn-based RPG set in a place called Erebonia. Your main character, Rean Schwarzer, has enrolled in the prestigious Thors Military Academy and upon arrival, finds out he has been selected as part of an elite class this year known as Class VII. Normally the classes are assigned based on your position in society. The higher your class number the higher your place in society. Well, when it comes to Class VII, this is certainly not the case. Everyone is there from a lower class to the highest families in society. 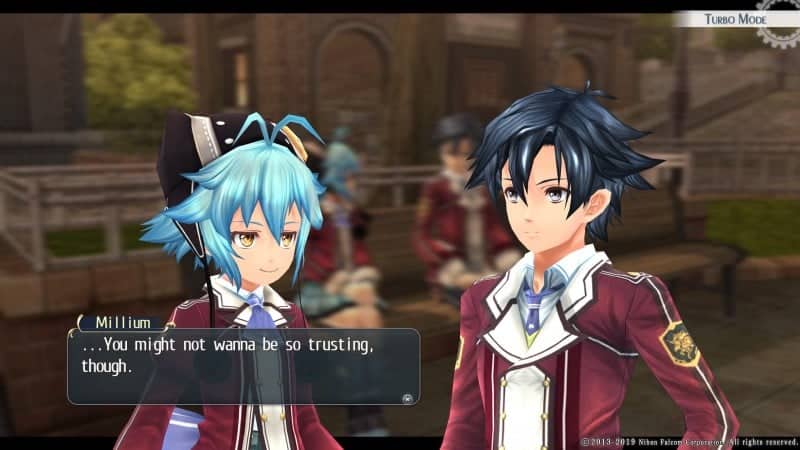 You begin to uncover plots as your class is assigned duties around the school and around the area. The combat is absolutely stunning with link attacks and the best graphics I’ve seen from a turn-based RPG in quite a long time. The game was stunning on the Vita but this just takes it to a whole new level.

There has been an addition of a “turbo” mode where you can activate it and things move much more rapidly. This is a very nice addition to the game. If you’re having to run around town or just need to speed up a battle, this mode comes in quite handy. Other than that the graphics are, obviously, much improved and I’ve heard the translations are improved as well, which is a welcomed addition. 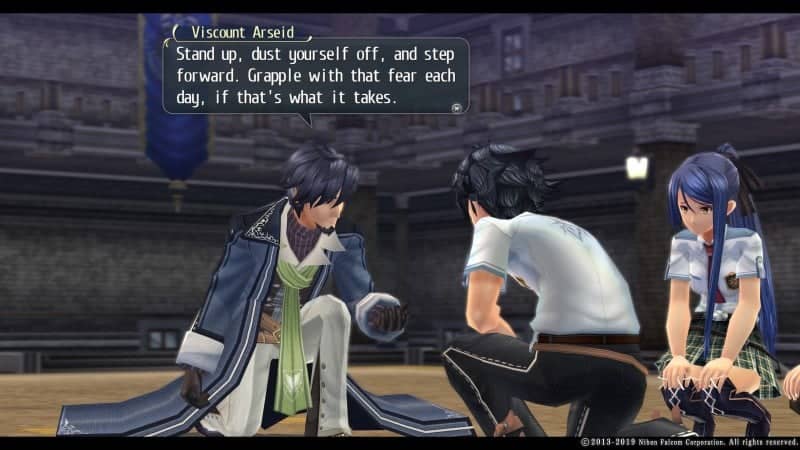 I guess that about wraps it up for me, so, without further dudes, take it away Mgs2master2! 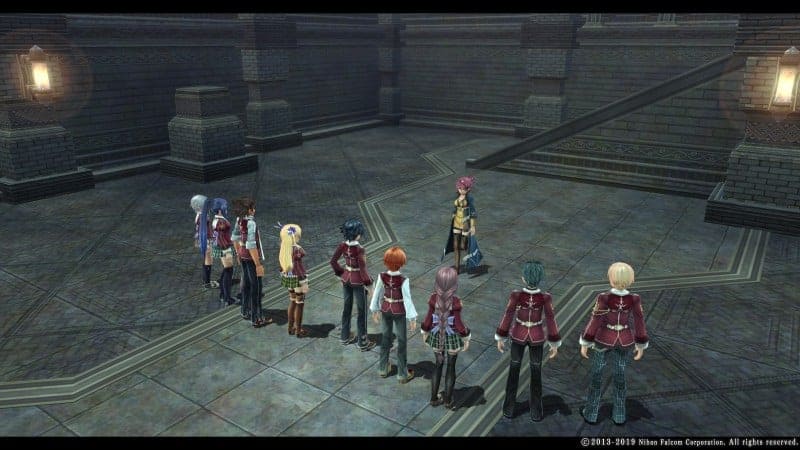 Hey, Mgs2master2 here! While my co-author ss4gogeta069 reviewed the PS Vita version of Trails of Cold Steel and the PS4 version above, I wanted to give my thoughts as well. This will not be the typical long breakdown write up you are used to from me. Here you will see a more condensed write-up.

The Legend of Heroes: Trails of Cold Steel is probably one of the best RPGs I have played in the last 10 years and is easily in my top 10 games of all time list. Everything in the title is top notch. This goes from the story to the characters (and their development), the setting, the connection of everything and how it all works in unison. It is all well written and the game kept me on the edge of my seat from beginning to end.  I do not say this lightly, but Trails of Cold Steel is a very well written game in all aspects. Sure it may have some of the tropes expected of an anime or RPG game, but it never deters from how well everything is done. 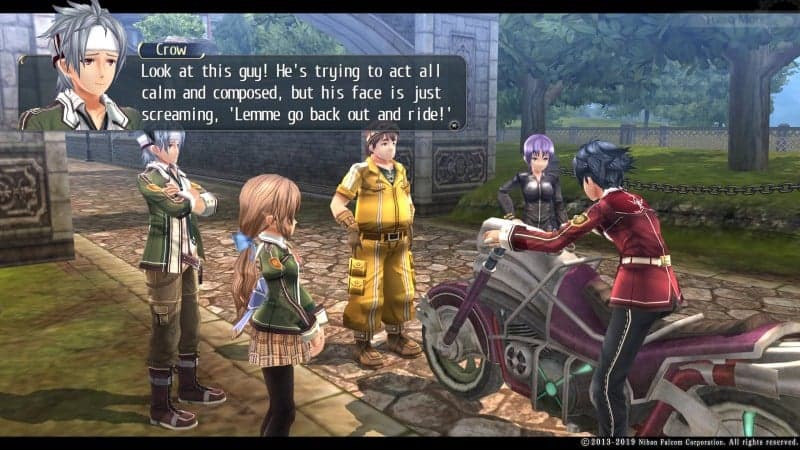 The main notable feature is the turbo feature as ss4gogeta069 mentioned. For those that made the transition from last gen to this gen, this is a cool feature as it cuts the playtime in half I would say. Even with the upgrades, the game is long and this shortens the time. I want to say the first playthrough on Vita took 70 hours. My playthrough on this PS4 version took about 30-40 hours.

Other notable features are the cross-save feature and additional dialogue. This version comes with Dual audio (Japanese and English) text and VO and has more VO lines than the Japanese version does OR the original Vita and PS3 English version.  The cross-save feature from the different platforms (PS3 and Vita) unlock some features (at the player’s choice) to make the journey easier or more fun. 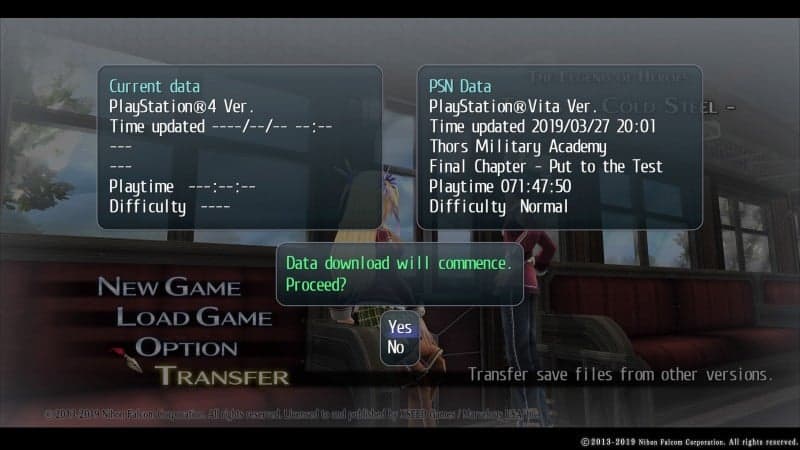 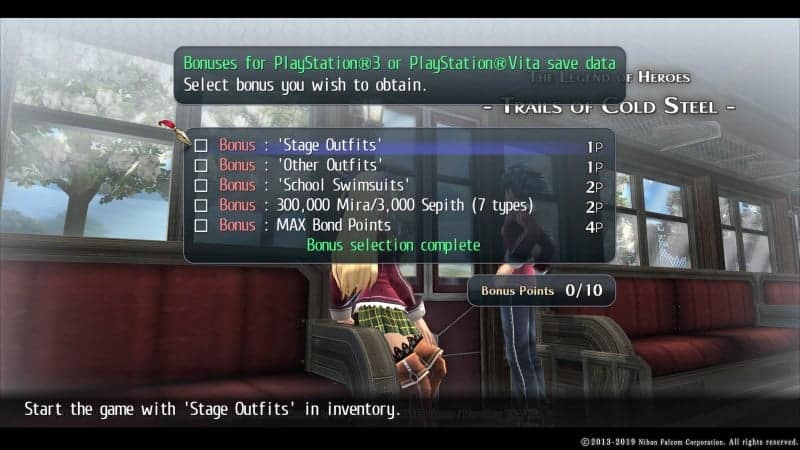 I moved from the PS Vita version to the PS4 version and its obvious what improvements are made. Visuals were already good for a Vita title, on PS4 it improves it much more. Load times are significantly improved as well. The only time I had some loading issues was near end game, where frames dropped on some of the final scenes. Also for some reason loading in battle was different as when you skip the action going, it fades to a black screen, takes a few seconds, and finally comes back. I know this was a feature that was the other versions, but at some moments (I am guessing due to the animation itself) some sequences take longer to skip than I thought. 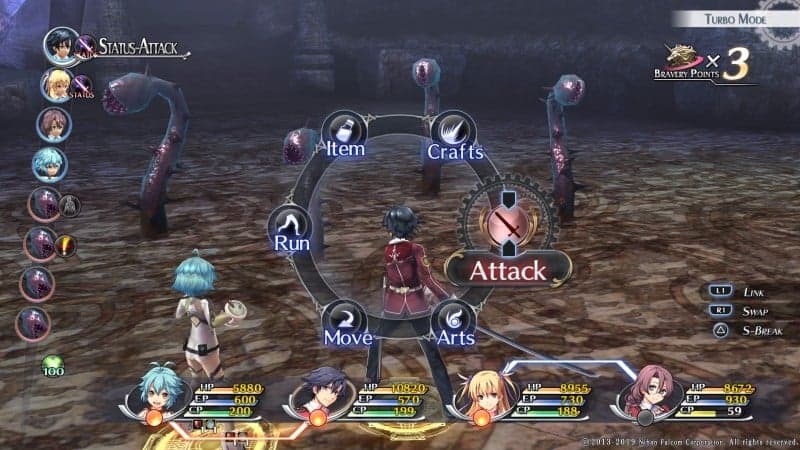 In short, the game is fun. It is one of the best experiences I’ve had with an RPG in the last 10 years, to platinum the game (for those trophy hunters) it would take at most three playthroughs. It shares the same trophy set with the PS3 and Vita versions as well. However, Trails of Cold Steel is much more than that. I cannot stress enough that this is one of the best games I played in the last 10 years.

^ Even the title screen of the game is well done, from music to its own evolution from the game’s progression

Every aspect of the game is well written. The Legend of Heroes is a franchise that has been around for 20ish years. However, this game can be a great start for any newcomer as the other games in the franchise are not integral to the game. There are references but nothing where its vague or need to know. This plays back into this being a very well written game as it gives you enough information to know what the references are all about. 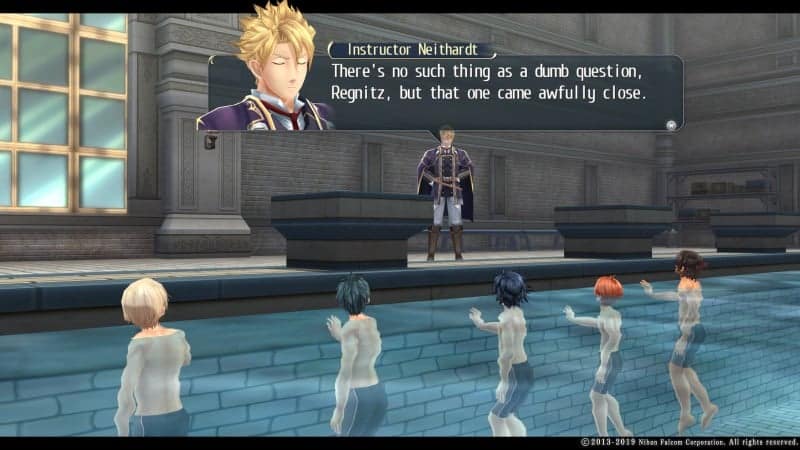 If you missed The Legend of Heroes: Trails in Cold Steel on PS Vita, PS3, or PC, DO NOT MISS IT NOW! There is literally no excuse to skip playing one of the best RPGs in the last 10 years to date.

Until Next Time, Mgs2master2 out!

*Thank you to XSeed for a PS4 Review Key and to ss4gogeta069 for co-authoring and doing a team review with me!*

Just your friendly neighborhood redneck from Alabama keeping things interesting. I cling to my God, my games and my guns! Roll Tide and HAPPY GAMING!! You can find me on Facebook and Twitter @johnfrazarjr
@JohnthePooka
Previous Nintendo Switch: Long awaited PSP emulation now available!
Next Release: PS4 Homebrew Store Alpha By LightningMods