Review of Re-Legion for the PC

As a person who has 15 different gaming consoles, I have played every type of genre and platform you can think of. One thing I never thought about, however, was writing a game review. So I decided to give it a try and a few days later some members of the website staff agreed to send me a review code for a game called Re-Legion. I did not know what to really expect at first but now, after hours of play time through the game, I am ready to give my first ever review for the game Re-Legion. 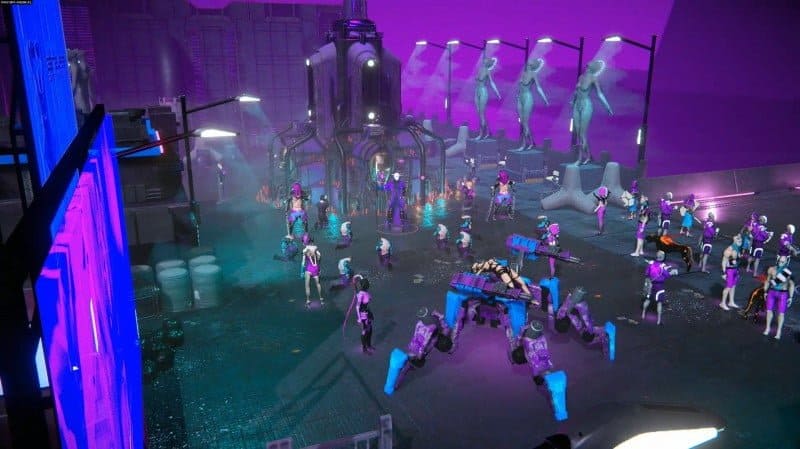 Re-Legion is a futuristic, cyberpunk style, real-time strategy game taking place in the dystopian future of 2184. The world is ruled by The Ones, who are the super wealthy top 1 percent of the 1 percent. Their goal is to keep the top 20 percent of the population docile, and the remaining 80 percent in poverty in a state of hopeless stagnancy. They do this by pushing consumerism, flooding the streets with guns and drugs, and using subtle thought manipulation via an implanted device in every citizen called T.I.S or Thought Injection System. The protagonist, Elion, is a man who has had enough and is going to use his ideas of a better world to assemble a cult and tear down the establishment in an act of rebellion. 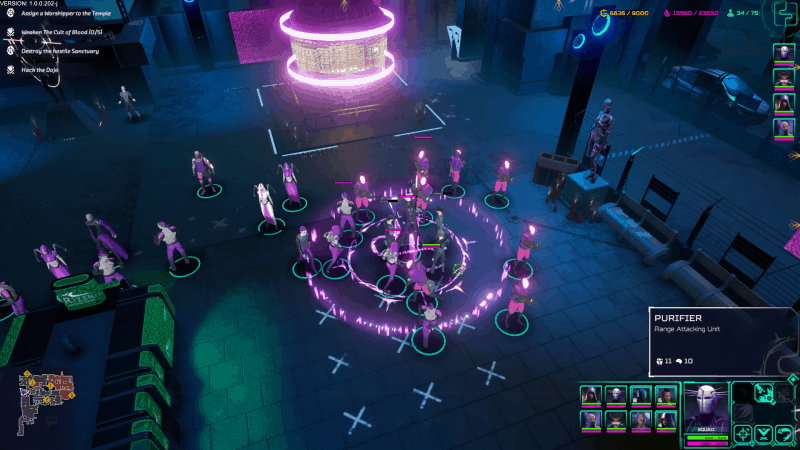 Re-Legion changes the formula used by real-time strategy games in that instead of using barracks or factories to produce units, you take to the streets as Elion to recruit average citizens to your growing cult/army. The way you do this is by going to people and sharing your message in a matter of seconds through the T.I.S. thus recruiting them instantly. From there you can use your resources to train these citizens into specialized units as you need them. Throughout the nine chapter campaign, you will grow and use your cult to fight either the robotic police force or the other cults and factions that oppose you. As you progress and spread throughout the city you will be able to recruit more members and unlock more special units. The game does not hold your hand after the first chapter and lets you play your way. Split your units and command your forces in complicated strategies or gather your forces and sweep the city in a massive wave, it gives you a task and you achieve it your way. 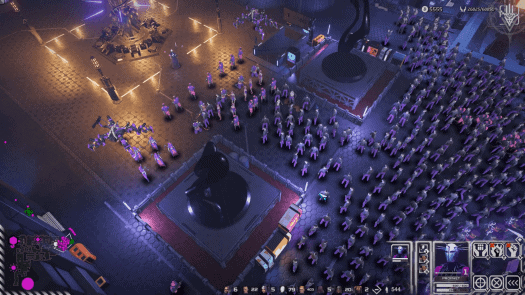 In my opinion, Re-Legion is a decent game. It is a fairly fun and entertaining game that held my attention through pretty solid gameplay. The converting mechanic is a fresh twist on other R.T.S. games I have played, and I am a fan of the cyberpunk genre that persists throughout. However, no game is perfect and this one also has its fair share of problems. Most of these issues are minor problems that are not an absolute deal breaker. The controls are simple enough but they are not rebindable to different keys which might annoy some gamers. The game is fairly short, but for people like me with a full work schedule that is not necessarily a bad thing. 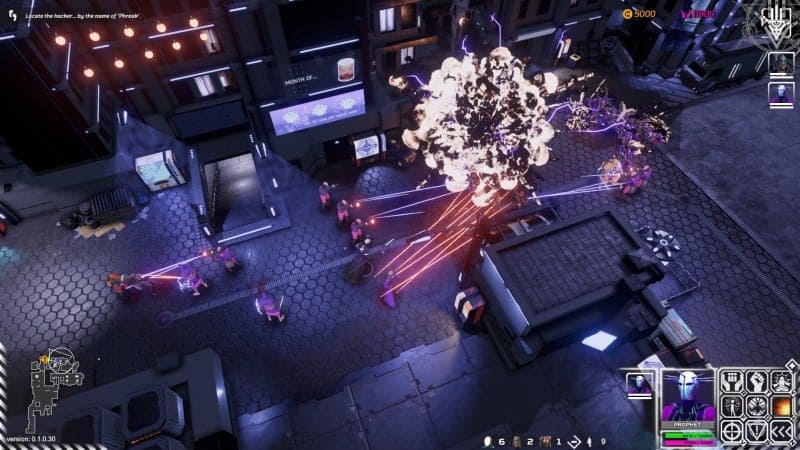 There are some characters in the cult who are extremely important to the story so if they die in a hectic battle it’s an instant game over, however, this can be avoided by keeping them away from difficult battles. My main issue with the game is very persistent bugs. Some happen randomly, for example, characters might misbehave during dialogue scenes. Others are almost expected once they start happening. In particular, this game has a bug where if you play for more than a couple of hours the game will almost always crash when you complete a chapter and click continue to move onto the next chapter. Likewise, if you die and try to reload the game. This happened to me six times within the ten hours it took me to reach the fifth chapter and can be infuriating at times. The developer has addressed this, and I assume they are attempting to fix the problem, but if you are an impatient gamer you may have to think long and hard about if you will be able to tolerate this. 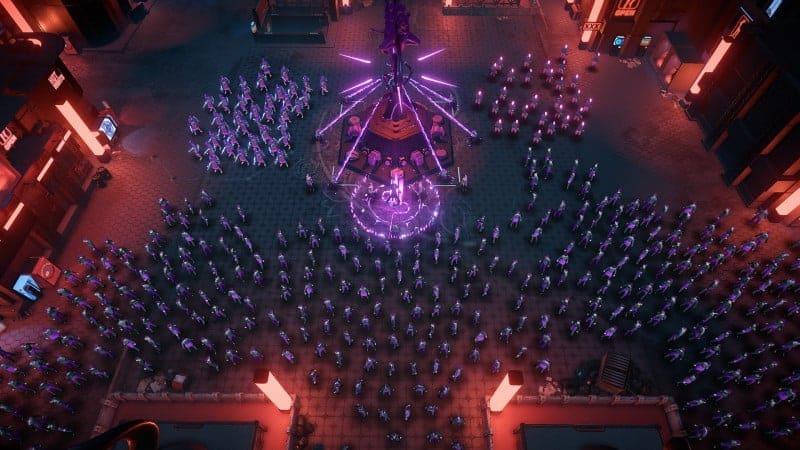 So to summarize I wish I could say that I would definitely recommend this game. After all, it does have a decent story with solid gameplay, and for less than 20 dollars it gives you enough to keep your attention and keep you entertained between 10 to 20 hours. At the end of the day, however, I will go ahead and say if you are considering this game it is still rough around the edges. I think if you go in knowing that you are not getting a AAA game of the year title then you might be pleasantly surprised. However if you are an impatient person, who tries the game in its current state before the creators can patch the very aggravating list of bugs, then you may not have a good time and I would suggest waiting till they get around to fixing it or just look into another R.T.S. all together.

You can find Re-Legion on Steam here.