The year is 2006 and it is one year after the events that shook the very foundations of the Tojo Clan. You are once again about to step foot into the dark underworld. This time, it is in a remastered format in Yakuza Kiwami 2.

You are Kazuma Kiryu, an ex-yakuza who has retired from the Yakuza life to live with your new family member, Haruka, in peace away from any dangers. However, after one fateful encounter, Kiyru is dragged back into the Yakuza life to make right what when wrong in Yakuza Kiwami 2. 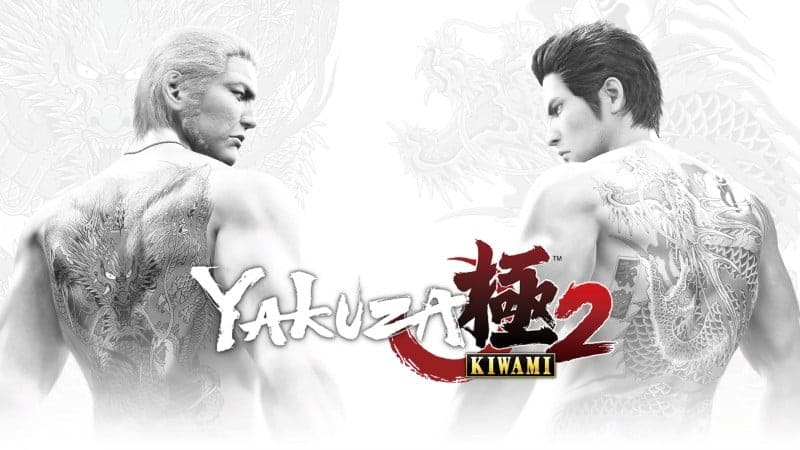 *Thank you to Sega/Atlus for the PS4 review key* 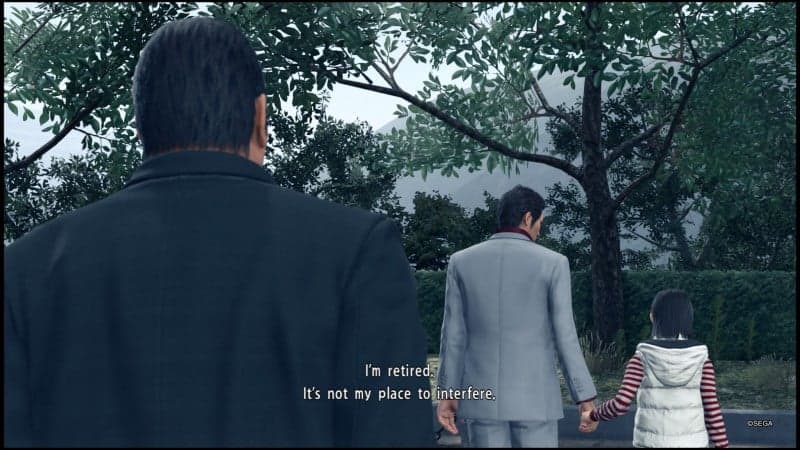 “Kazuma Kiryu thought his Tojo Clan days were behind him. He and his young ward, Haruka Sawamura, have built a peaceful life from the ashes of conflict. All it took was a single gunshot to shatter that peace. Yukio Terada, the fifth chairman of the Tojo Clan, has been assassinated. With war on the horizon, the legendary Dragon of Dojima is pulled back into the world he wanted to leave behind. ”

With the Tojo Clan weakened from the events of 2005 and on the brink of war with the Omi Alliance, Kiryu himself journeys to Kansai to broker peace. But in Sotenbori, the Dragon of Kansai, Ryuji Goda, sees an opportunity: Destroy the Tojo Clan, destroy Kiryu, and become the one true dragon.

As a power struggle begins between east and west, a tragedy buried for over 20 years boils to the surface, shaking the very foundation of both organizations.

What fate awaits Kazuma Kiryu? What dark truths will be illuminated? And when two dragons have clashed, and the ashes settle over Kamurocho, who will be left standing? 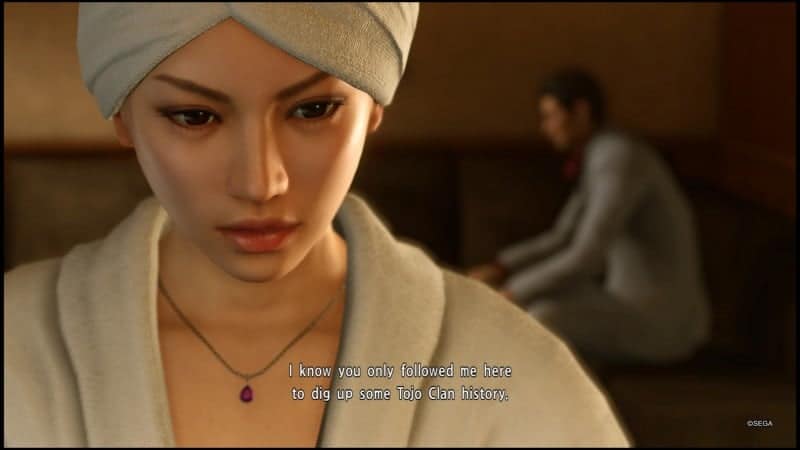 The story in Kiwami 2 starts off strong and finishes strong. From the intense opening sequences and constantly building up to its eventual climax, Yakuza Kiwami 2 does not let up. Players who originally played the initial release in 2006 will be happy to know that story remains the same in addition with new story content and new quest content. Newcomers that are getting into the story from Yakuza 0 and Kiwami will be glad to see that this game upholds the standard that was set and raises that bar for the franchise as a whole. 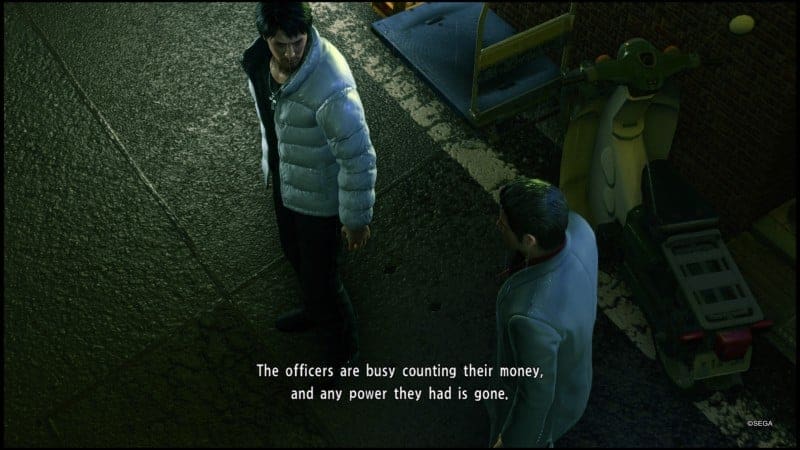 Many fans of the Yakuza Franchise regard Yakuza 2 as the best entry in the series. That includes the story for good reason. The story is well written, it has several twists and turns to keep even the most story-driven gamer guessing (if they have never played this game before), and it keeps you motivated to play the title with minimal effort.

The newer story content is the story that follows the fans favorite, Goro Majima. Veterans and Newcomers alike will be happy to know that he has his own campaign in Kiwami 2. From the official Kiwami 2’s website, Majima’s story is as follows:

February 2006 –
Two months after the events of Yakuza Kiwami… Inheriting an organization that is all but broken, Fifth Chairman Yukio Terada enacts a bold plan to bring the clan back into economic stability: The Tojo Clan Reformation Project.

Its core tenant – Promote those who contribute the most, sideline those who fail to perform. And with a vacancy in the clan captain’s position, the stakes are high. The highest contributor stands to inherit a seat of power within the organization.

Despite opposition from the Tojo Clan’s longest standing members, Terada pushes forward to enact the policy. With all signs pointing to Akinobu Uematsu of the newly formed Uematsu Family as the next clan captain, Goro Majima does what Goro Majima does and sows the seeds of discord.

Majima’s own story was created to fill the gap between Kiwami and Kiwami 2. This is to explain his change from the intense “Mad Dog” clan member he is, to the owner of a construction company. Players will be happy to know that the Majima content is not just a cheap add-on, but it is content worthy of the Majima name.  It is an addition that is a wonderful bonus to the already amazing story of Yakuza Kiwami 2. 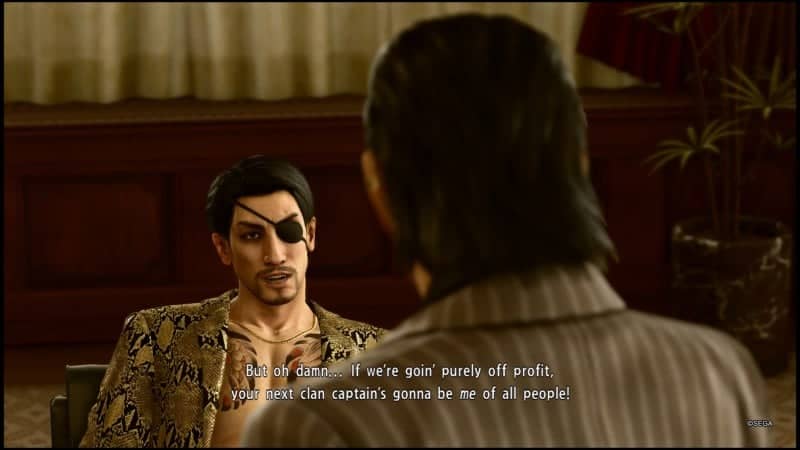 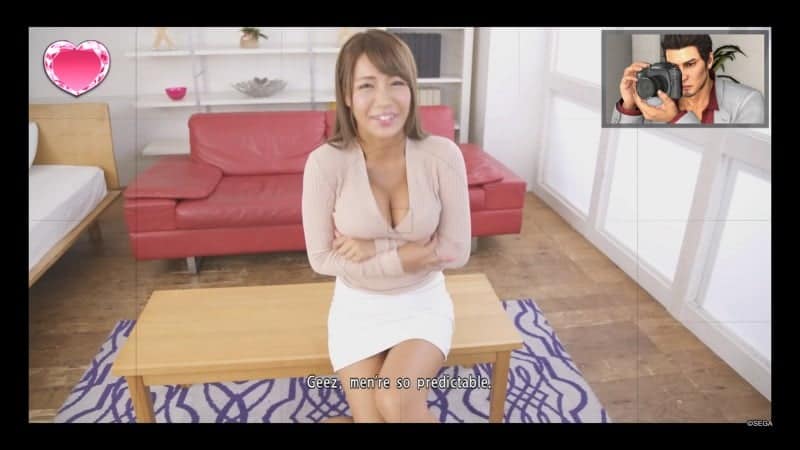 Players who have played only Yakuza 0 and Kiwami will see the gameplay is similar, yet different. That is because Yakuza Kiwami 2 runs on the “Dragon Engine”, not the engine used for Yakuza 0 and Kiwami 1. This is the same engine that used in the creation of Yakuza 6. This is a technical leap in terms of the franchise as it basically implies the departure from the engine that was used in the franchise before 6 (with the upgrades as well). It also indicates that future Yakuza titles will utilize this engine. 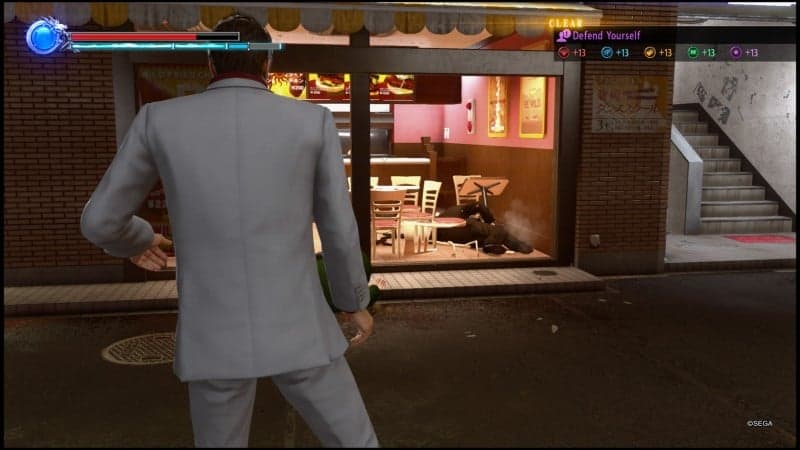 From our review of Yakuza 6, you can see that the use of this engine is highly praised. It is no different here. Yakuza Kiwami 2 was rebuilt from the ground up utilizing the “Dragon Engine”.  All of the technical advancements (minimal loading except for initial load, smooth transitions between battle and exploration, and much more) are done in this game and done much better than Yakuza 6.

One thing I did have a gripe with though is the save system. It is nothing major to split hairs on, but Yakuza Kiwami 2 does not have an autosave system. Yakuza 6 (same engine, released before this game) has autosave incorporated, but somehow it is mysteriously not here. It does not make sense that it would suddenly be removed. Regardless it is nothing majorly to be worried about. Saving is done from the start menu and takes a couple clicks. 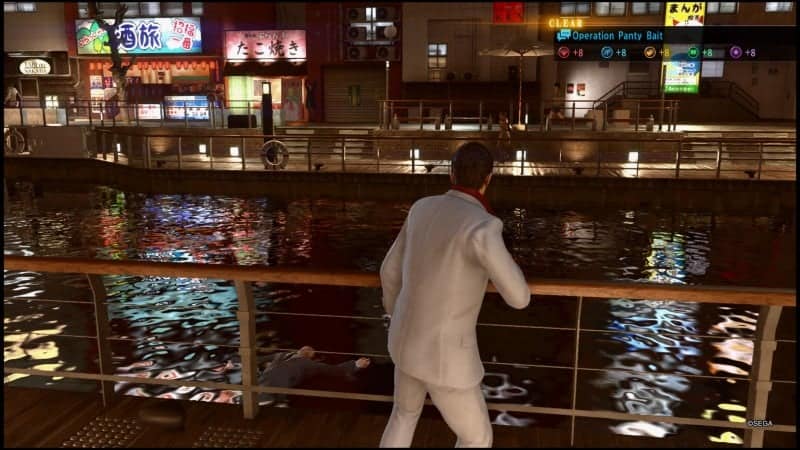 Those who played Yakuza 0 will learn that the cabaret clubs make their report in Kiwami 2. In addition, The clan creator system from Yakuza 6 makes its return in Kiwami 2. Each one is part of the extra content added to the title that somehow incorporates returning elements with the new twist. While I enjoyed the clan creator from Yakuza 6, somehow it felt off in this title?

To this writing, I really cannot still put my finger on the right word to put here. It just not feel as well done as it was for Yakuza 6. That is not to say that it is not fun, it just feels… odd. 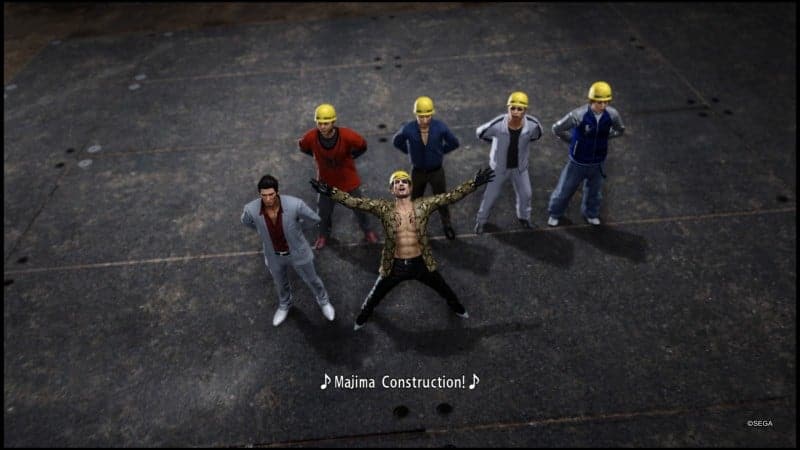 In contrast, the cabaret club makes its grand return and is as addicting as ever. From the customizations done to returning faces, good music, and much more, Yakuza Kiwami 2 brings it back bigger and better than ever. Once I got to this portion of the game, I was immediately hooked and it was hard to let go until I completed it. 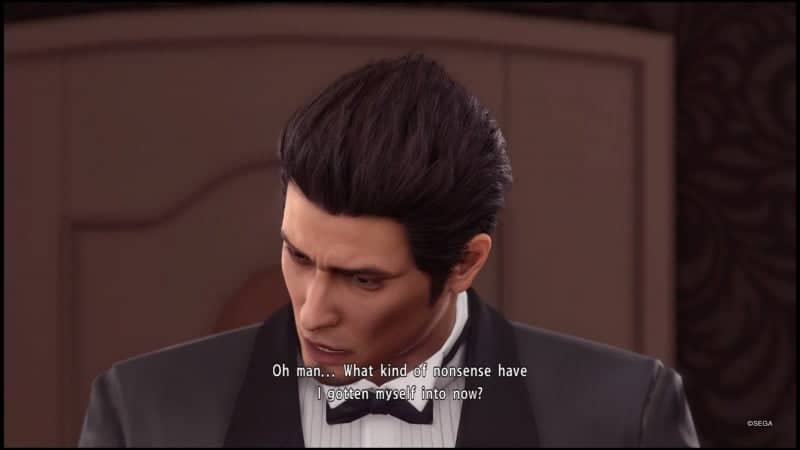 While those are the new editions to the Yakuza 2, it is only a small fraction of what is jammed into the Kiwami 2. Not much to complain about, but much to do in terms of gameplay in a quest to 100% if the player desires it.

Visual wise: The game is a major step up from Kiwami 1. Everything comes in clearly, beautifully, and does not seem out of place.  Not much is really needed to be said here. The game is beautiful and no real complaints here. 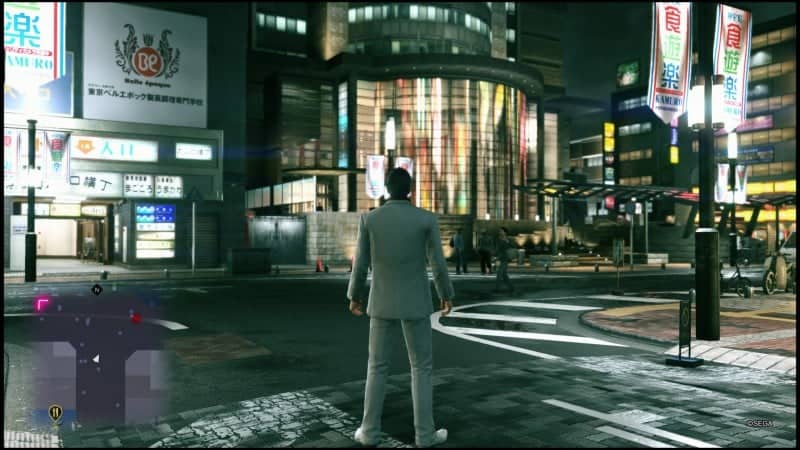 One thing that I do have slight complaints about is that Kiyru essentially looks aged, He looks and uses the same model from Yakuza 6. In Yakuza 2, Kiyru is 38. However, In Yakuza 6, Kiyru is 48. It is a 10-year difference, yet he looks the exact same. Not sure if this was intentional, but its very apparent.

Audio-wise: The music is well done, the voice work is fantastic, and the audio itself overall is amazing in terms of providing the atmosphere to the game. The voice work itself shines amazingly and this rings true in several parts of the game. This could be from certain quests to minigames, to just the simple sounds done by the characters in the game. Each line was re-recorded for this game and it shows. 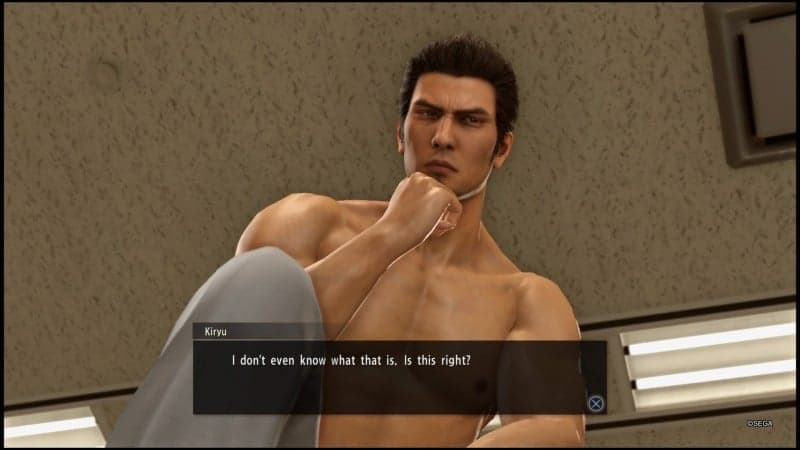 Yakuza Kiwami 2 has a great deal of content in addition to multiple difficulty modes (one unlocking once the game is completed). In addition, there is the Majima content (while not long) that adds to the game, plus additional quests in the main game. This game can be replayed multiple times and is well worth its cost. My first playthrough took approximately 40 hours and that is not including all of the content. I am wanting to get back into the shoes of Kiyru and it may happen soon. 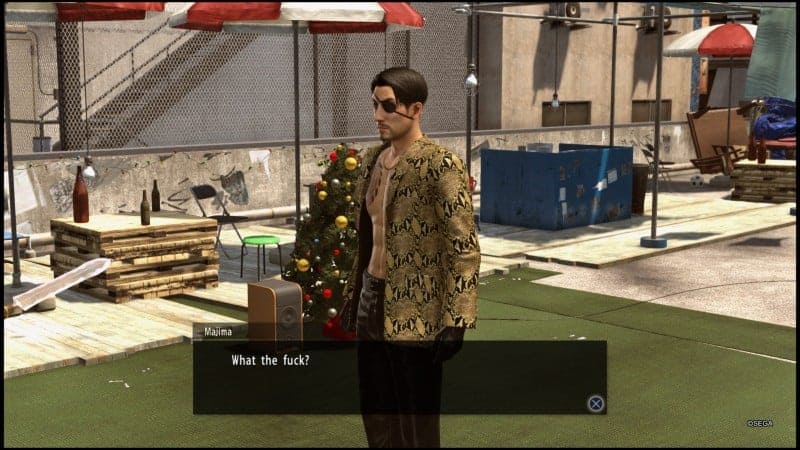 As always, is this game fun? I can easily report that Yakuza Kiwami 2 is probably the most fun I had in a video game this year. The player can find themselves trying to stop a major event within the story from occurring to doing voice work in a video game as a side quest. The game knows how to differentiate itself from its very serious moments to the silliest moments.

It is very well done, especially with Kiyru being the main character, his demeanor itself somehow just works with it all. He would give off a reaction that real life players would give and still just go with it. It is silly, wonderful, and just all around fun. 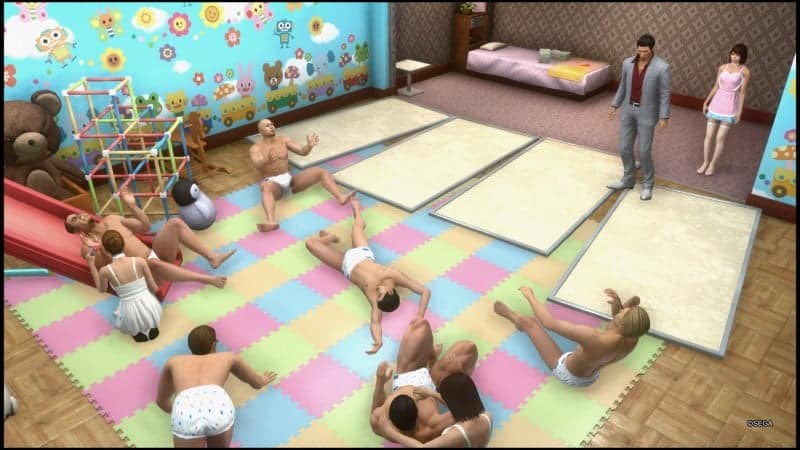 Yakuza 2 is regarded as the best title in the franchise and that is for good reason.  It has a well-written story, well-done side quests, well-done voice work, and all around a well-done game. That was in 2006. Now fast forward to 2018. Yakuza Kiwami 2 takes that title and rebuilds it from the ground up using a brand new engine. The end result is the largest Yakuza game to date. It takes a well-done game and rebuilds it into something that can only be dreamed of. Everything is redone and includes new content. 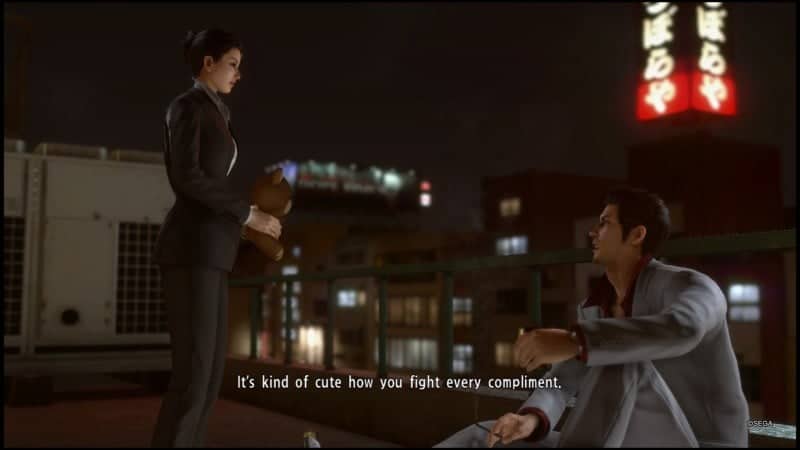 I can put so much more words into this review, but I think the last 1600 or so words should have got my point across. Yakuza Kiwami 2 is just a delight to play. Getting back into the shoes of Kazuma Kiryu has never been so fun before. Yakuza Kiwami 2, simply put, is a game of the year contender. It takes a game that released over 10 year ago and somehow makes it a brand new game.

Players that know what Yakuza games are all about will feel right at home with Yakuza Kiwami 2. People that missed Yakuza 2 when it first released will be in for a huge treat. Finally, individuals that are new to the franchise (from this gaming generation) will see what this is about.

Yakuza 2 was the pinnacle of the franchise according to many fans. You take that pinnacle, you add the Dragon Engine plus some new content, and you get Yakuza Kiwami 2. The end result is that Kiyru has never played so good and The world of Yakuza was never done so well. 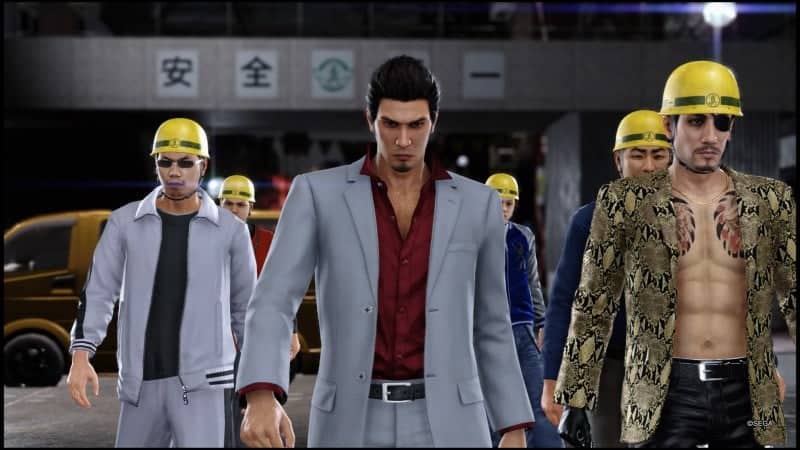 *Once again, thank you to Sega/Atlus PR for the review code!*

A gamer and jack of all trades. I enjoy many things, but overall just enjoying life. Hopefully, I can add enjoyment to your life through my articles or interactions.
@mgs2master2
Previous How to Disable Ads on Netflix
Next Review: Nyko Dockable Thin Case for Nintendo Switch