At this year’s World Wide Developer’s Conference, Apple touched on many topics.  We’re talking AppleTV with tvOS, to Apple Watch with watchOS, to their Macbooks and iMacs with High Sierra, to their iPad with a new iOS as well as a special surprise.  Read on for the highlights that we found to be most interesting from WWDC2017! 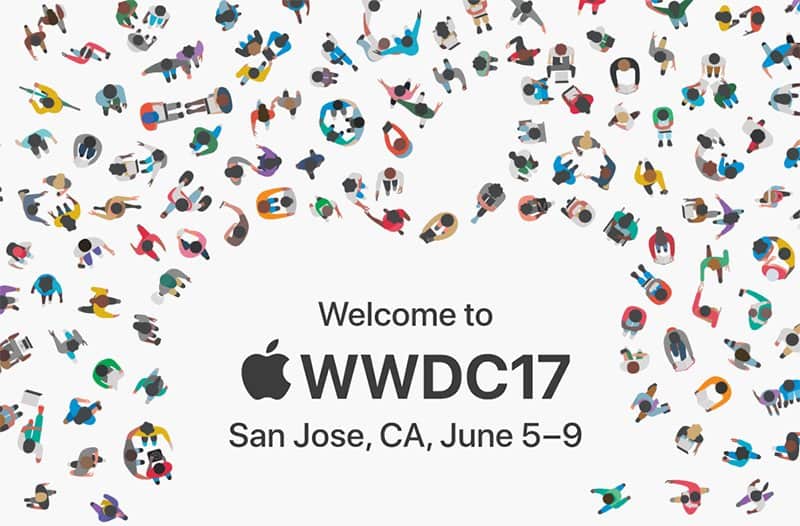 Apple didn’t share much about their flagship television devices.  Mainly that it is finally receiving Amazon Prime Video coming later this year. We’ll be hearing more about tvOS later this year as we get closer to the fall release.

Apple Watch is #1 (go figure) in terms of all smartwatches, meaning fitness or otherwise. watchOS 4 was announced and it comes with loads more features. There will be new watch faces, like Disney ones; one even powered by Siri! The fitness app, Activity, will have more dynamic notifications. Workout has better swimming support, in both automated and manual terms. And the Music app has been updated to auto sync your playlists from your iTunes to the watch. Music can automatically start when you start working out now too, if you’d like of course. New Vertical dock, this makes scrolling more logical with the digital crown. Your watch screen can now serve as a flashlight in the dark, it can also flash rapidly for when running in the dark to alert drivers of your presence in the dark. Bluetooth will now natively work as opposed to having to use your phone to connect the bluetooth to the watch. More details coming in the fall.

They started off the Mac segment announcing their update to the current OS.  MacOS will be updated with a new one called “High Sierra”. They began talking about Safari to kick off their talk about High Sierra. Safari is apparently the fastest browser when tested against other browsers on lots of different hardware variants. They went on to mention that Safari updated to not auto play any ad videos. This is to help those who go to webpages and do not want to hear loud ads playing out of nowhere. Safari also has tracking prevention now. In Mail, Search has been updated to be far more robust and will most likely find what you need straight away. Also, side by side email windows. This will help in terms of having one email open as a point of reference as you’re typing up a new email composition.

In Photos, there is now a new persistent side bar and it also features robust keyword searches. Also, face recognition so the people in your photos can be grouped together by face if you’d like. There is now a much better name association for faces and that association is then passed to all of your synced iDevices/Macs. Photo edits now automatically synced across devices versus saving it to one device and sending it to another. HFS is out for the filesystem APFS is now in. Apple File System is in place to finally replace HFS that has been the mainstay file structure for the last 30 years of Macintoshes. So that makes file copying for instance is…well, instant. They’ve also built in better compression in High Sierra. Metal 2 is now a thing and significantly increases graphics. That was all of the main points of High Sierra that were worth mentioning. Apple went onto talk about hardware. They introduced an external graphics box for Macbooks. They also announced their first foray into VR. Including the introduction to SteamVR as well as Unity and Unreal.

They mentioned that 4K and 5K iMacs now will be brighter with 500 nits and more colorful at 1 Billion Colors using 10-Bit Dithering. Faster processor with Intel Iris as well as 32 and 64 GB of memory. As well as SSD up to 2TB. Graphics are a big deal to them now.  21.5″ getting Intel Iris Plus Graphics 640 w/64MB of EDRAM. Radeon Pro 555&560 with 4GB of VRAM in other models. They kept repeating discreet graphics over and over again to let us know that they are serious.  Now the 27″ 5K gets Radeon Pro 570, 575 & 580 with up to 8GB of VRAM.  They stressed that that is up to 5.5 teraflops of graphics computing, best for VR. Now, Apple did announce an iMac Pro today, but I intend on reporting on that separately as it’s so much to take in that it deserves it’s own article. Stay tuned for that soon. 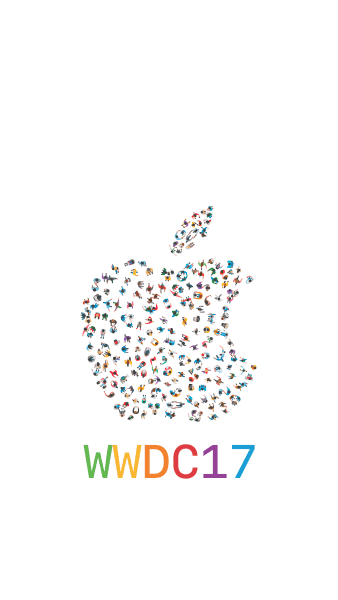 iOS 11 is here! Stickers are easier to find now using the redesigned app drawer. iMessages will be synced across all iDevices because the iMessages will be in the cloud, on top of that, it saves space on your device. Apple Pay for person to person payments now an option! This was a big deal for Apple. It took them a few years to nail it down before they could release it. Siri’s got a new voice, she/he is now much more natural and expressive. Siri screen has a new look and can translate something for you and say it out loud. The translations are in Chinese, French, German, Italian, Spanish, and English. Siri will suggest more things that you as an individual care about and would need to know and she will share what she’s learned across all Apple devices.

Videos will now use HVEC for 2x better compression of H.264. Portrait mode can now take pictures in low light now and use HDR as well. Control Center improvement too, control center now a single page with all handy icons including volume and brightness sliders! You can even 3D touch on the sliders for more options, it’s crazy. The notification screen and lock screen are now in one!  Swipe down to see either, or both. In Maps you now have indoor floor layouts for malls and airports. Speed limits are also now listed in Maps and when driving you now have lane indication. Do Not Disturb mode now has a brother, DND While Driving mode.

It knows if you’re moving fast and turns down notifications, unless you are not driving of course, which you can let it know. Home Kit in iOS 11 now has speaker control and multiroom speaker control with new AirPlay 2. Shared ‘Up Next’ is a new feature where people can add to the playlist that is playing on the room speakers seamlessly. App Store now has expanded free trials in iOS 11. There is now a Today tab, which will have featured apps and stories of the devs behind them. Games will have its own tab as will Apps, this is a big deal.  Before Apps and Games co-mingled. Metal 2 will come to iOS as well as Machine Learning. NFC Reader mode, Wifi password sharing, screen recording, one-handed keyboard, QR code support are coming as well, but they did not touch upon them, they simply mentioned them.

iPad Pro is now officially a 10.5″ screen without compromising the body size. This can now enable a full size on screen keyboard as well as a new smart keyboard.The screen is also now brighter, more colorful, and has full HDR. There’s some other cool screen improvements such as it running at 120Hz, up from 60. But not just that, but the iPad Pro can adjust dynamically to go up and down to save battery if you’re just reading or to look good of you watching video. A10X fusion chips in both iPad Pro models, 6 core CPU, 12 core GPU, same all day 10 hour battery life. The camera on the device can also capture and edit 4K.

They also support fast charging in half the time, something new to Apple products. Memory is now doubled as well. Starting at 64GB up to 512GB. iOS dock can be so many apps long (18 demonstrated) now, which is fantastic on all accounts. Even more so, it can be at the bottom of apps that are open like on a Mac and can also be open while in multitasking. There’s now a new app switcher and they also announced drag and drop functionality! Even better than that, there is a new app called Files, and like Finder (on Mac) or File Explorer (on PC) you can see all files across all first and 3rd party apps. Markup is now on all apps that support printing as well as Mail, Safari, and screenshots. Searchable handwriting as well as inline drawings on the Note. Notes now has document scanner as well, which is a feature that I’d love Apple to include on iPhones as well.

And now the newest technology that Apple has announced that they are joining in on. A smart speaker. And boy, will it sound fantastic. It’s call HomePod. It clocks in at 7″ tall, 3D speakers. That means it is 7 tweeters in a circle with a circular 4″ woofer. It features the very same A8 chip that is inside your iPhone right now. Crazy enough, it is also spatially aware! But it gets better, it also has Apple Music and Siri support and includes home assistant features. It has lots of privacy by protecting your Siri requests with an encryption and an anonymous ID. Best of all, since it’s 2 speaker types in one, it is priced in the middle range at $349! 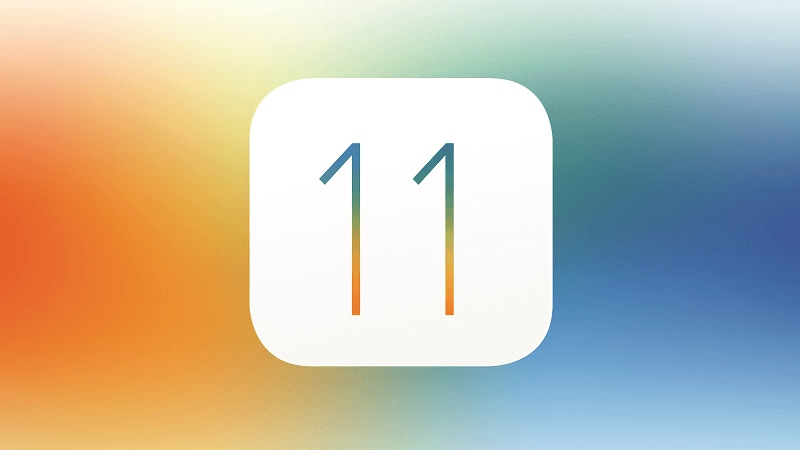 If you would like to watch the full thing for yourself and get even more details, don’t worry, we have you covered.  Simply click here.