Well this will be a Fresh new game for me to check out. on to the Skiller Review 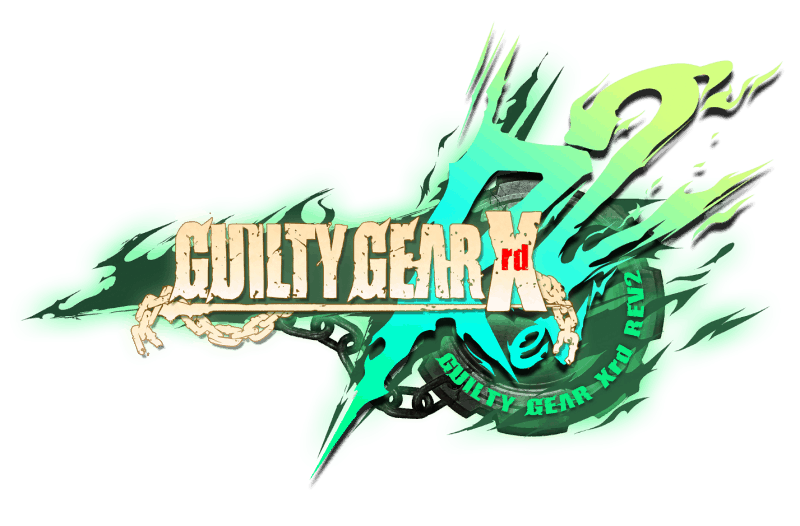 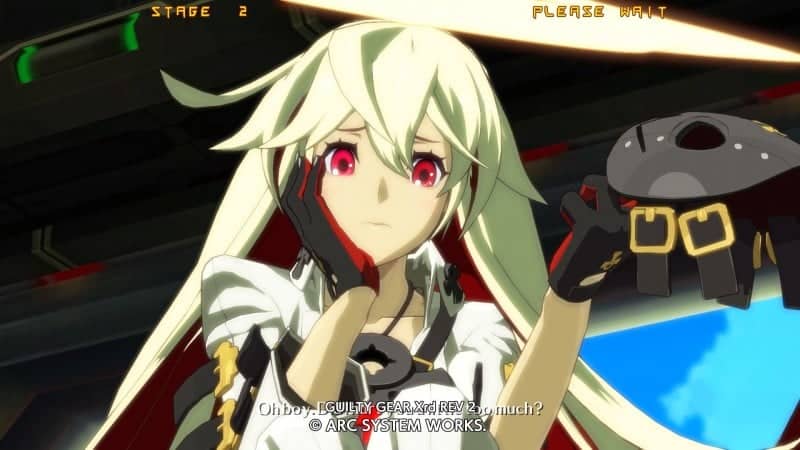 If you like the Anime Style of Cartoons this is very rich in this style. The colors very vibrant and the fighting screens are also very well done in all modes. You can watch the character’s intros. if you want or press a button to skip them. in the MoM mode every time you loose there is a little outro as well… 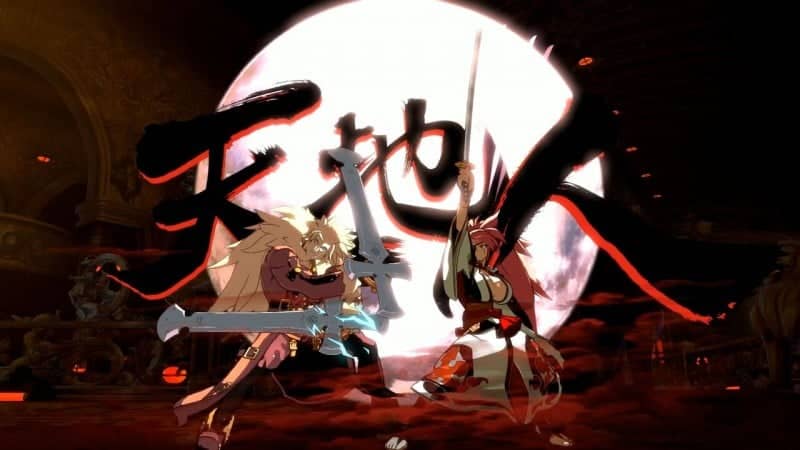 The music is very rocker set gets you into the mindset of a fighting game. The Visual Novel of this game is very in-depth I think most everyone will enjoy it even if there not Fighting game fans. 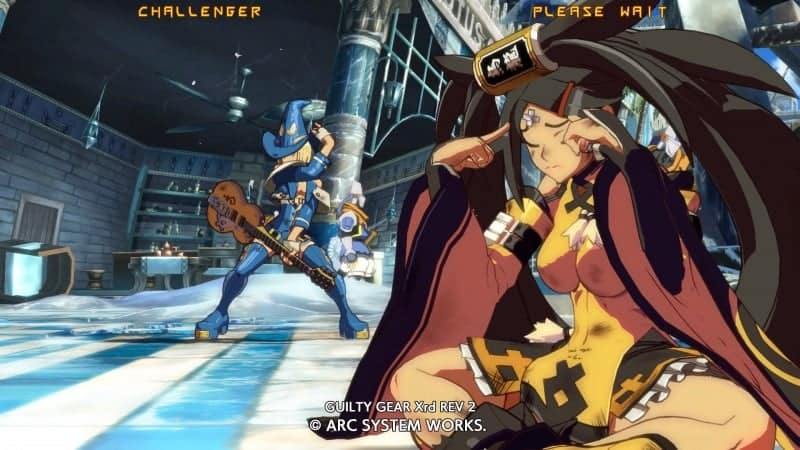 The Modes:
I’m going to take a moment to talk about Some of the Main Modes

Battle > Dojo:
This is your area to train if your new to the game, you may want to take a look. sure, you can pretend you know what your doing base on every other game you have played in the Fighting genre but this has some minor differences.

Battle > Online Mode:
this mode allows you to play against not only PlayStation 4 owners but also PlayStation 3 owners. It’s a great mode you can get a lot of items from fishing to fancy up your R-Code (online profile) to make the Masses jealous, I will be honest I did not try this mode as I was not really sure if it was up and running right now. But it seems there is 3 types of play.

Battle > Arcade > Versus – 9/10
this is your standard run of the mill mode where you get to play against Computer or against your friend you have over. If the Kids do that now a days. 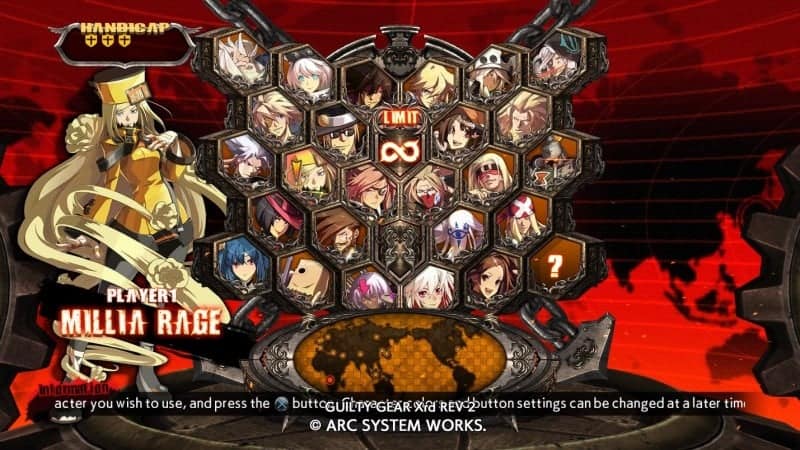 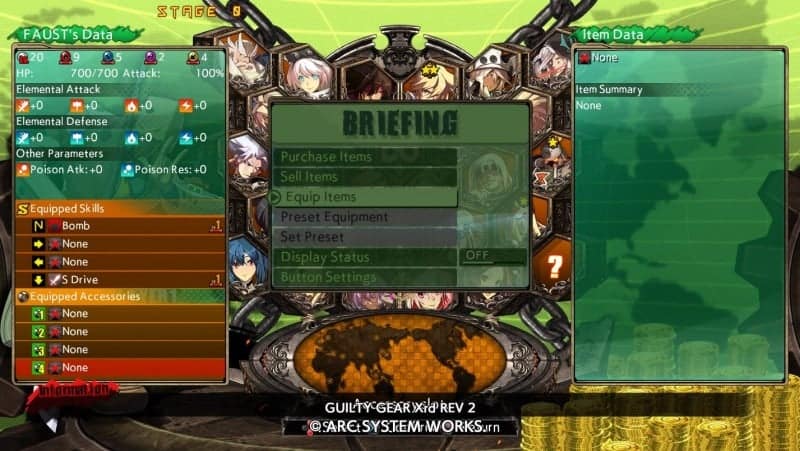 Mode adds a good challenge since you have to kill the enemy’s multiple times and you only get 1 life. so, once your bar is dropped to 0 its over (Survival mode style), I have to say out of all the modes this is by far the hardest of them.  This I would have to say is One of my favorite modes in this game. Probably because there is growth to the characters and you kind of move away from the basic aspect of the fighting game by raising stats and so on . 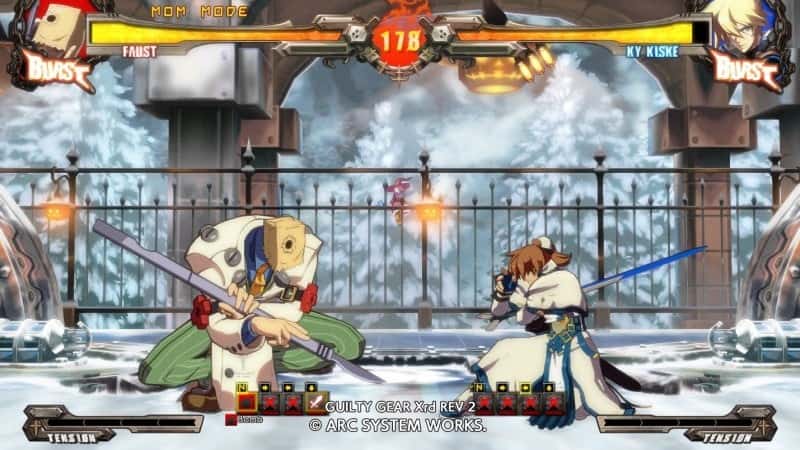 Battle > Arcade > Episodes – 8/10
in this mode you Will play your characters to see what happening with them moments before the Main Story.  From each of the characters prospective.  As you start with Each character you will be able to see what each character is about and kind of watch latterly an episode about them with a Beginning, middle and an end. In-between you battle your way its crazy how much Story is in this Fighting game. This also helps add more detail to the next mod that they call story.  Do wish there was some voice translation though. The Adult humor in this game is pretty crude but funny. i do like that the Episodes are not having to fight all 25 characters that are in the game that was a sigh of relief. 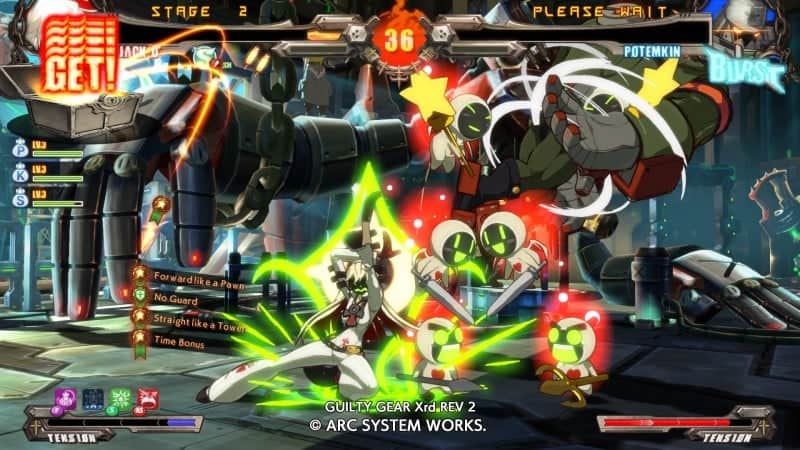 Story > Start – 8/10
I have to say they spent a lot of time on this, this is a HUGE Move (Visual Novel) this tells you the Story of all the characters in the game. I have to say I do wish that it was in English and not just Subtitled. This kind of made me almost not want to watch it. But the actual Story is what kept me there. I won’t deter you from not watching so if you want to learn about your characters and see why they are in the game make sure to check this out. 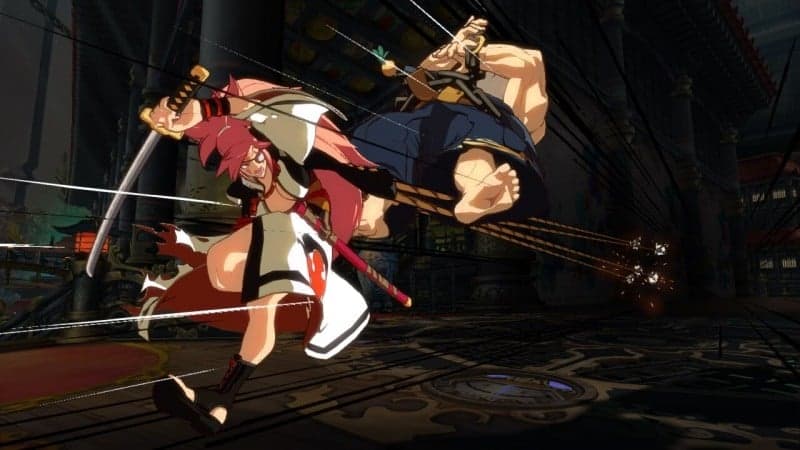 The good news is after you have, watched it once you can skip around it to the chapter’s you want to recap and so on. If they can add a translation patch for the Story mode I would give this 10/10. I would say this would be something interesting to see in many of the other Fighting games.  Do note you get a nice Chunk of money ( 50,000W$) for watching the Main story mode you get another 50,000W$ for the New Story, and then another 20,000W$ for watching the After Story.. so in reality, you could come out with 120k to buy what you would like from the Gallery. Sure it won’t buy you much but It will help you get something to start your collection. or if you want to relax go do some fishing. 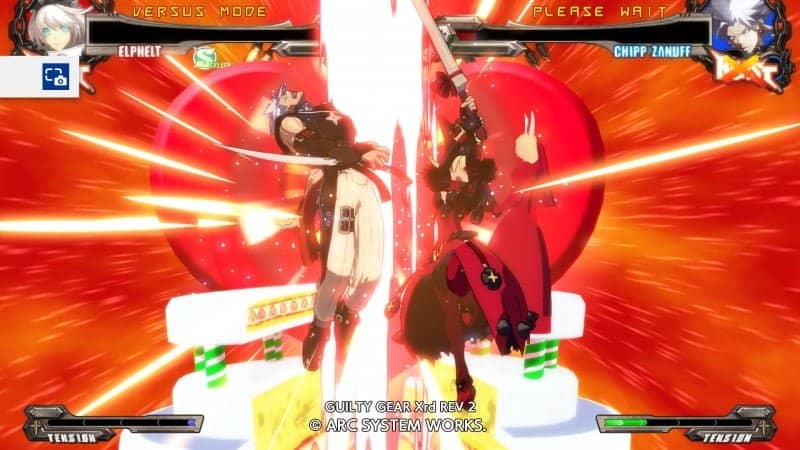 Other things to do – 7/10
Well, you have seen me mention Fishing a lot. This mode Is one of them other things you can do in the game it’s a place to get items for the different game styles, and everything like that it takes your money you gain in the game and allows you to fish for Items. I find it relaxing to do a bit of fishing to collect some items then go see how well I can get my butt handed to me in MOM mode again. Argh lol … there is also a figure

Argh lol … there is also a figure mode little different but from the gist of things, you make your own figures pose them change their look and make a collection. It’s a Past time thing kind of like a Trophy, I do though find the games a little busy as in sometimes there is just too much to do but u can’t just do it the Simple way. for example, I have all this money and I can’t just simply buy Figures I have to go fishing or buy parts for my little Character.  Not cutting it down it would have been nice to have the option I have looked all over to see if I could buy them but I just can’t seem to find it if you can. All other aspects seem to be able to be bought. 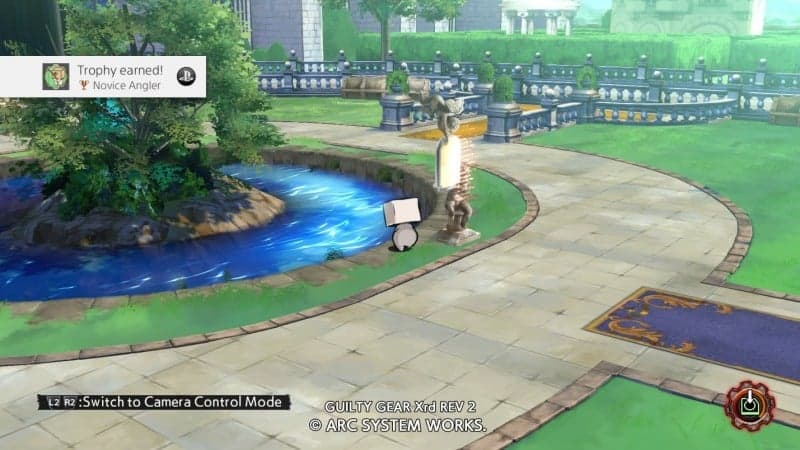 Final Thoughts
if you’re into this Genre you will most likely enjoy the amount of Depth this game has, there is a vast amount of stuff that you can do in this game outside of just fighting your way to the end, I can get overwhelming when you’re sitting at the menu trying to think what do I want to do, but least if you like to do other stuff that option is there. A nice thing that they kept in the game is that this is an update to revelations, where you can get it as a Paid Game update or as a Full version as well.  Either way under the configurations you have the option to Switch between the 2 game plays, there are differences in each mainly due to the updates added to rev2 but if you have played part 1 its just a nice thing to be able to do. 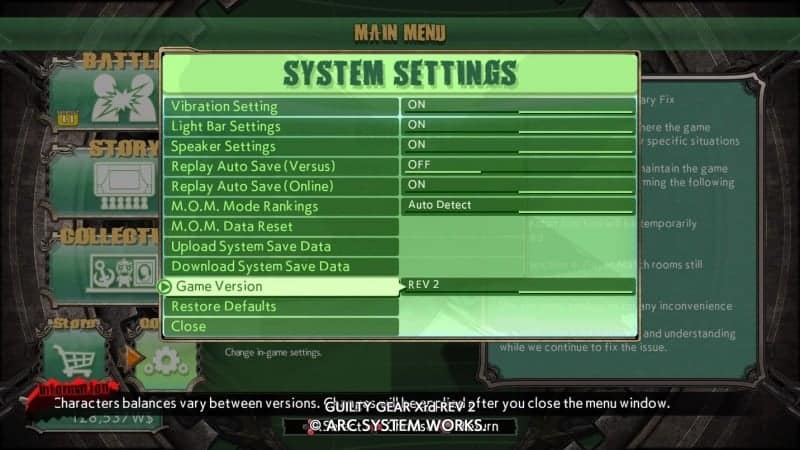 There is a bit of replay value in this game as well. if you’re a person that like to 100% a game and you want to get everything this game has to offer you may be in this game for a long time. There is a lot of items in this game From Figures to Icon for your R-Code. So, what ever money you don’t spend on the Unlocks you will probably spend it all in fishing or on the Items that you can buy, 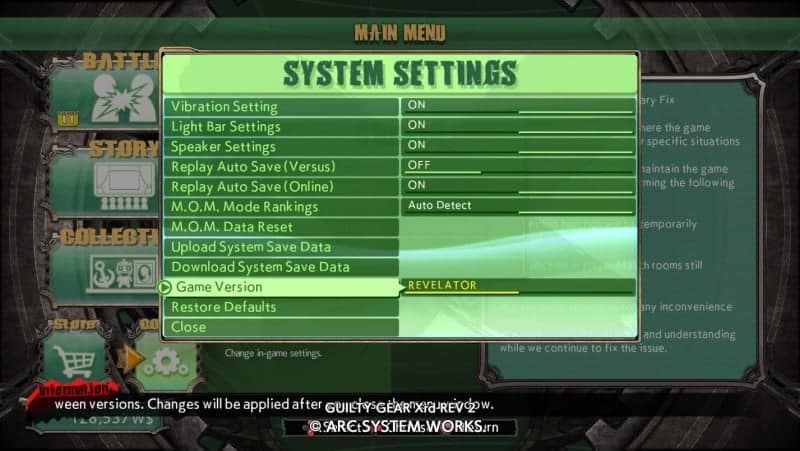 Well until next time I thinking I’m going to go do some fishing. Because I’m a King. 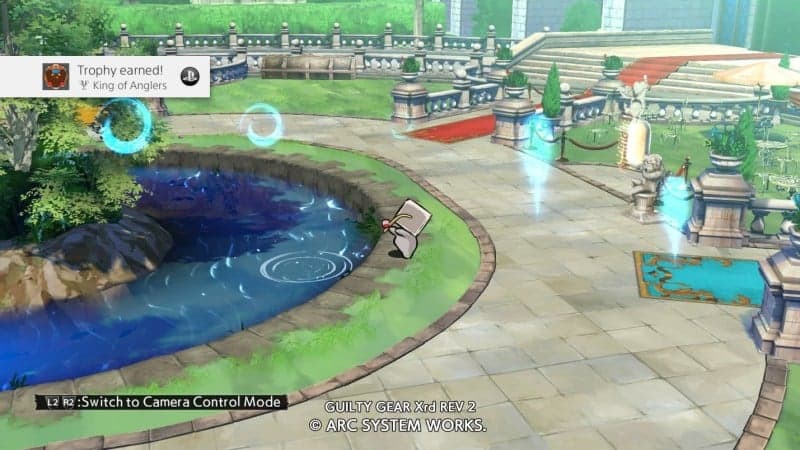 Previous Review: Plantera makes it’s way to the PSVita
Next Intel’s Euclid helps you build your own robot!