FIFA 17 mod for the PSVita is here!

Hello, everyone, I’m stevega94, previously I was blogging for es.hackinformer (the Spanish version of the site), as you can see this is going to be my first post in English, and it’s going to be about the FIFA’S MOD for the PSVita. 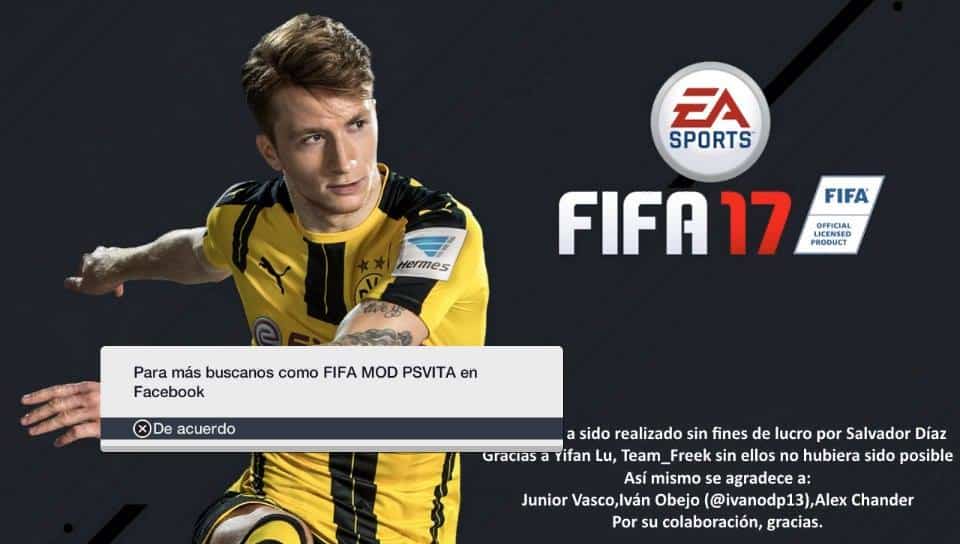 Some of the guys were working to create a FIFA 17 using FIFA 15 as a base game. Well, they’re porting a lot of features since last year, for example, they updated the promotions and descents of every league that comes in the game, they added new teams and leagues (Chinese Superleague and Brazilian Campeonato, which knows as Serie A), and of course, new players. 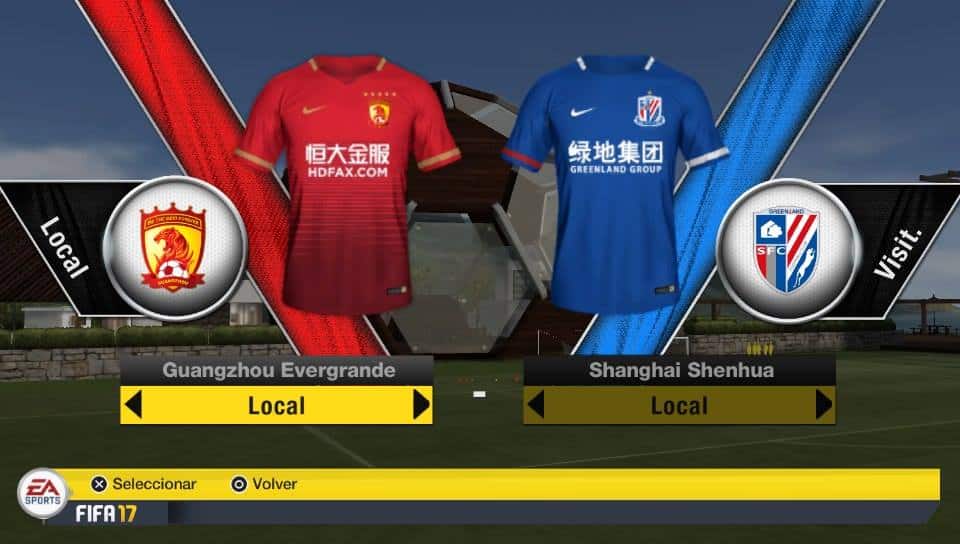 Now, in their last update they implemented these changes:
* Updated Boots.
* Added more retro kits (Veracruz, Arsenal, Olympique Marseille, and more..).
* Updated players photos.
* Added America de Cali.
* Main teams of the Libertadores Cup added (Rest of the World> Rest of America).
* Corrected the fault that caused it to crash when entering the team’s address.
* Corrected the averages of some players.
* Corrected some faces that didn’t appear.
* Corrected the error that didn’t allow to fichar good players in the Chinese league.
* All faces that were previously uploaded were added.
* Names and faces of referees added.
* Pierluigi Collina included in the game.
* Legend players included in the game (Classic XI).
* Colors in numbers and names of players arranged.
* Winter transfers.
* New kits for Classic XI and World XI teams.
* Corrected the fault that did not appear the texture of the referee’s kit.

These are some screenshots: 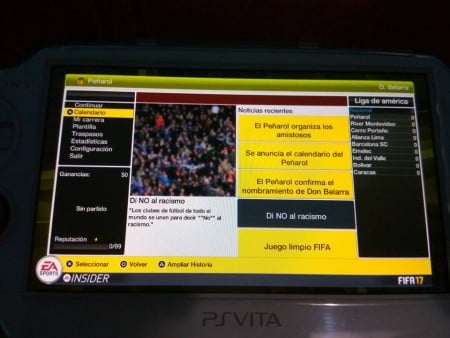 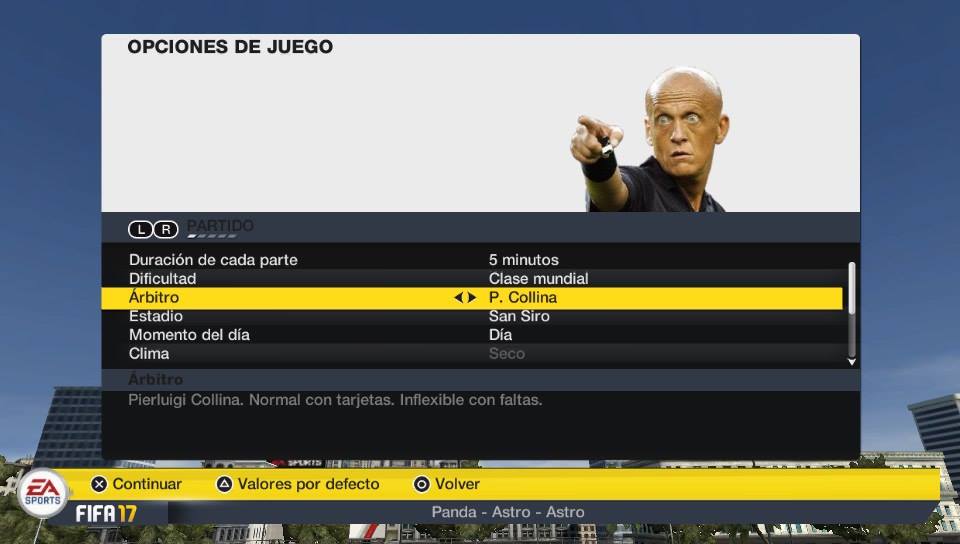 You can find FIFA 17 MOD for the Vita via google search.. 😉

As I told you at the beginning, this is my first post, thanks to HackInformer for this opportunity to write on the English site. Don’t forget to follow @HackInformer and feel free to follow me: @stevega94. Expect more publications, thanks for sharing and have a great day!