Zombie Hunting school girls find themselves undressed & on the PS4

A ton of new information has been revealed for D3 Publisher‘s upcoming school girls shooting zombies simulator. Let’s take a look at unveiled characters, locations, features, and costumes. (if you’re here just for the costumes you can skip ahead to the bottom.) 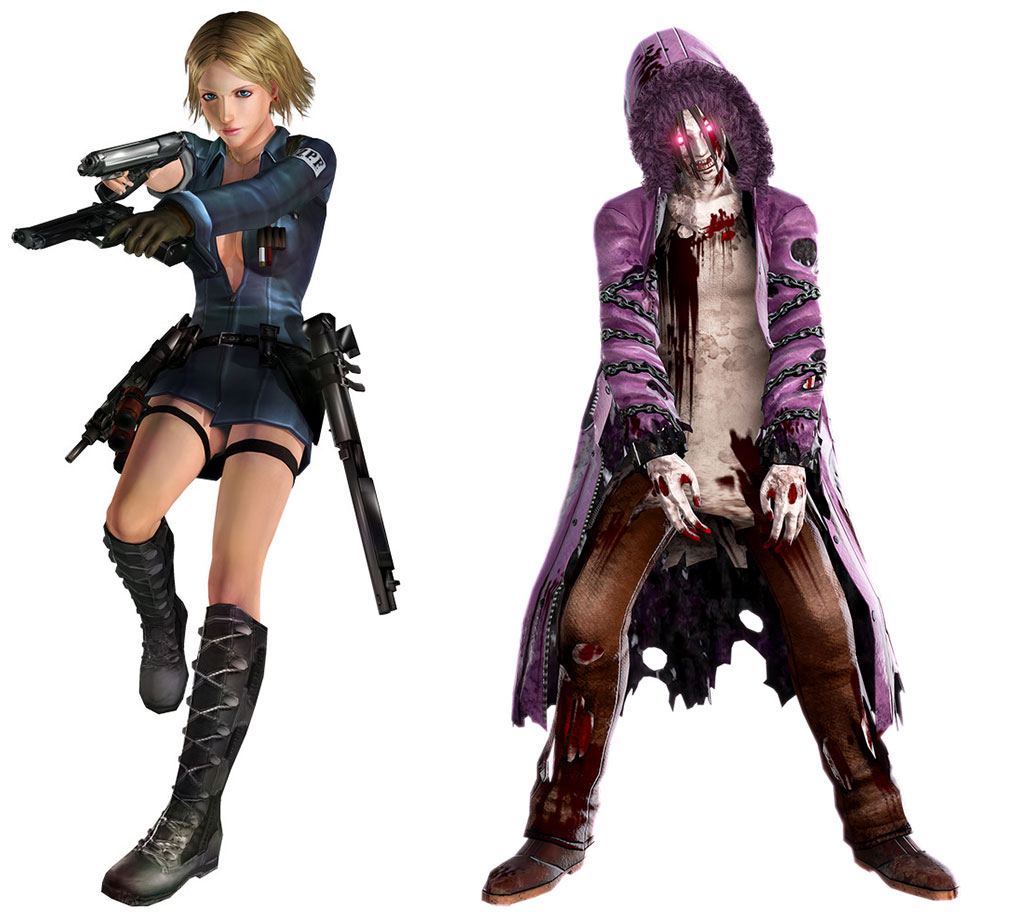 Speaking of which, the girls find their way into this large underground facility located right beneath their school. (because where else would you put it?) In there, they find all sorts of weird machinery, one of which emitted strange circles of light around some of the girls. While it didn’t hurt them, they were still worried what it was doing.

Eventually, the girls come across a terrifying enemy. These “Copy” zombies were apparently created by Ren to not only attack the girls but replace them.  They look like the girls, act like them, and they’re just as smart as them! The only difference, besides being…well, zombies, is that they’re physically tougher!!

In addition to the main single-player campaign, the game will also have an online co-op mode. Up to five players can shoot their way through ten online missions that are more challenging than the single-player. Better coordinate and communicate with your teammates, you don’t want to be left for dead now do you?

As previously seen, the girls figured out a way to distract those uniform ripping zombies. By tossing their uniforms on to the floor to act as decoys, the zombies will leap right after the uniforms, making for easy shooting. However, what can the girls do if they’re all out of uniform to toss? 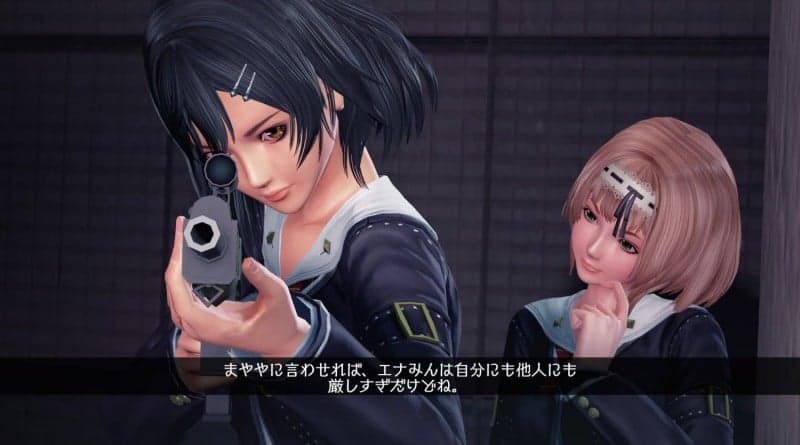 Well…in a zombie apocalypse, ones doesn’t exactly have a lot of opportunities to regularly to freshen up. But if the right requirements are met, they can shower off and get a clean change of clothes, and the leftover undergarments can but kept as a decoy, just like the uniforms. The longer they’ve worn the better apparently, also seems that female zombies aren’t too interested in the girls’ used undergarments. 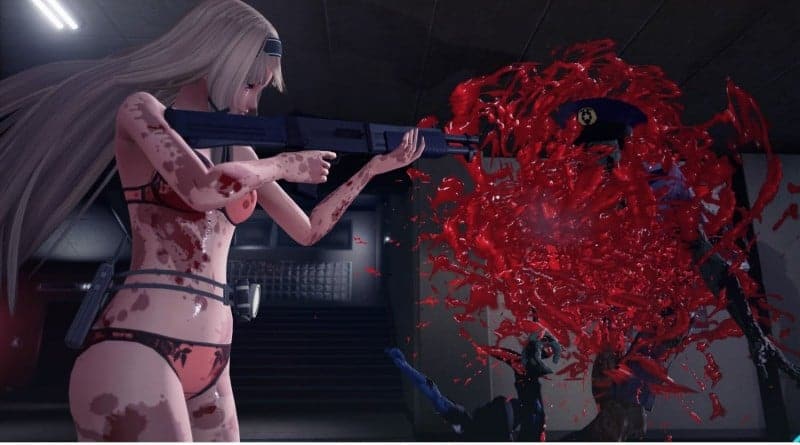 I guess both oden and decoys are best when the flavor’s soaked in real well!

Lastly, a special bonus will be included in the first print run of the game which is the special “Cherry Tomato & Cabbage” underwear set, comes in three colors. 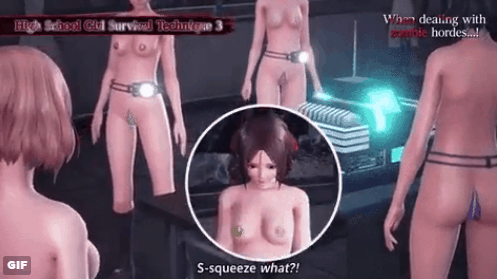 School Girl/Zombie Hunter will be coming out on Jan 12, pre-orders are now available but if you want that first print bonus you’d better get your orders in now.