Today I come to you with a problem that needs to be talked about, malicious software that bricks your vita!! With the release of the best Vita hack ever, HENkaku and now some evil SOB’s have started to come out and they are trying to damage your vita, just for the hell of it. 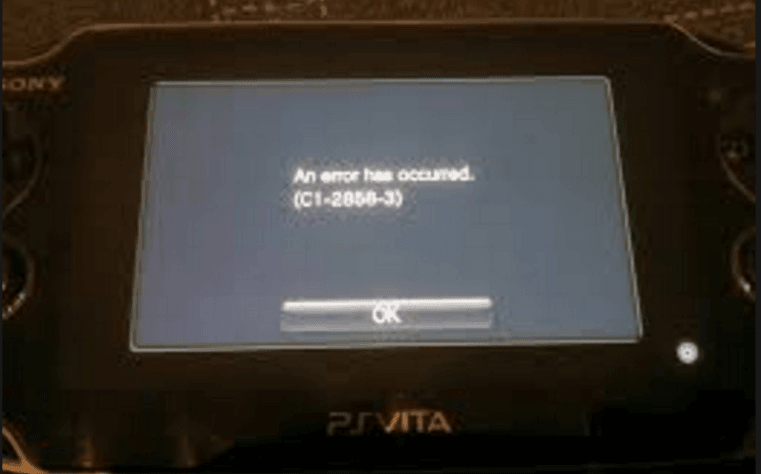 Now Malware is nothing new its been around for PC users for years and we all have gotten used to it. Now fast forward to recent years, we start to see this crap popping up on Android, iOS, and now the Vita. The first Vita Malware to appear on the Vita was Lego Harry Potter: Years 1–4 aka the evil game cart and this got the game of pain started. More game started to follow like Fruit Ninja, and kung fu rabbit via – maidump and these people are still trying to hurt the scene for no reason other then they can. The damage that it can cause is this,

Technical explanation from /u/tuxdude143;
I have been analysing the vpks along with a friend and we have found that both of them make calls to OS0. The particular cause for concern is how they call for OS0 to be mounted along with OS0:KD and VS0. Now once those are mounted it basically just wipes them clean. The consequence is the vita had no operating system to boot at all, nor does it even have any drivers to interface with any of the components (which are contained in OS0:KD. Basically, the result is a UNRECOVERABLE BRICK which leaves the nand completely wiped and unbootable.
Consider it the first ever serious vita virus.

So far it’s only been game dumps and not any kind of homebrew or emulators but this still needs to stop, there is no reason to do this. I know that game backups are piracy when you share them on the net but that not the point here and we could go on and on about that subject.

Then I spoke too soon, people like @hacluhohoh are trying to get us to use his homebrew duck hunt which tried and failed to do, I guess it was supposed to brick your vita. So all this &^%# is going to hurt the scene and could really do some damage. People making this kind of crap need to stop, it not doing anyone any good! Luckily the scene itself picks up on this stuff fast and gets warned about any malicious software but there’s always that person that has to be the first when if comes to getting a brick.

This kind of stuff can make people new to the scene and even old get scared/nervous of any kind vpk file that you can install with HENkaku on your vita. Now there’s been a few measures taken with HEnkaku itself and tools to help keep you safe like VPKTool by c0d3m4st4 that is now on ver 1.8 and he keeps working on it.

#VPKTool Ideas welcome… What options should i add for Mai dumps? Backup original folder before applying safe mark? Zip up folder? All ears

Thanks to the hard work of devs like c0d3m4st4 the Vita homebrew scene is a bit safer and I for one want to thank him for his hard work keep us all safe. 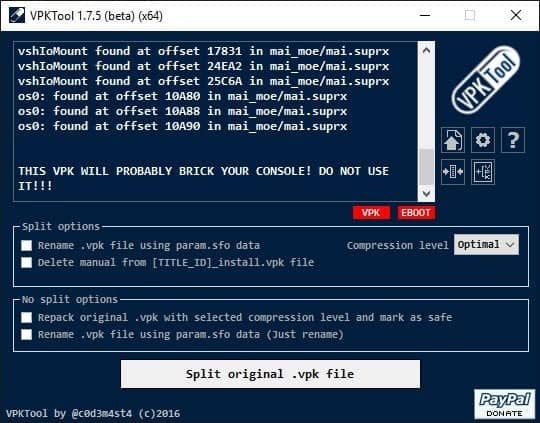 So please in closing, be safe, be nice, and let’s make this the time of HENkaku the best time the PS Vita has and will ever have. I also have a list of homebrew and emulators that are all safe to use with HEnkaku here.

Get yourself a copy of VPKTool by c0d3m4st4 here and give thanks and a follow to @c0d3m4st4 one of the good guys.

Do it for the love of the game.
Previous GB/GBC One Game One bubbles for the PSVita
Next 3DS: OTPLess Arm9LoaderHax Installer for n3DS