Dosbox port running on Xbox One

Recently Microsoft finally unlocked the ability for all retail Xbox One’s to become development kits free of charge. This will allow anyone to build, test, and play with UWP (Universal Windows Program) development, but you need to create a Dev account for a big whopping $19 dollars so it’s not exactly free. (cough.. sony, psm, $100, which failed.. cough) 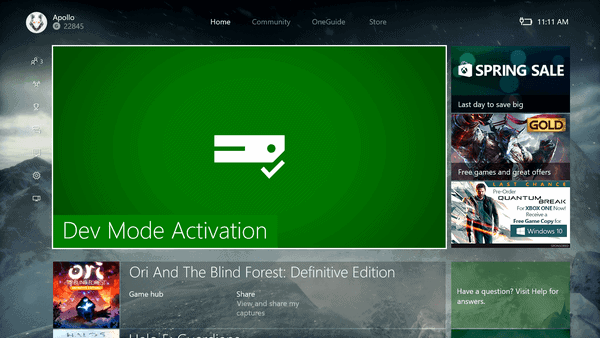 Now that you can turn your retail Xbox One into a dev kit very easily, it’s no surprise to see ports popping up on it and that’s exactly what vcfan did with DOSBox. If you not familiar with DOSBox, it emulates a full x86 PC with sound and DOS. It’s mainly used to run old DOS games on platforms that don’t have DOS, like Linux, FreeBSD, Mac OS X, and Windows 2000, Vista, 7 etc.

“I ported Dosbox to UWP (Universal Windows Platform), and here it is running on Xbox One. Its slow for now because it’s only using the CPU interpreter. The dynarec still needs work since it produces crashes on 64bit, but it flies with it.”

This is truely great to see as this could open the doors for even more ports like SNES as Windows 10 already has one of these in their store. It would also be really cool to play some old school DOS games like Prince of Persia, Doom, and many more. I personal can’t wait to see the progress vcfan make’s with this port of DOSBox as little things like this could really help the Xbox One become the easy place to play emulators and homebrew with the UWP development.