Since the release of Destiny’s successful expansion, The Taken King, Bungie have yet to deliver any new content such as a new raid, or perhaps varied additional strikes. Ever changing content which players know and love about the universe since the release of vanilla Destiny back in September 2014. As players have been receiving DLC content from The Dark Below to House of Wolves to fill in the time gaps, die hard Destiny players are not falling for the although alluring, yet grindy nature of what Destiny is pretty much all about.

To give credit where it’s due, Bungie have tried to play around with time-gated events such as the ‘Sleeper Stimulant’ and the ‘Black Spindle’ event or events which come available on a specific day and/or set of days like Iron Banner and Trials of Osiris. Even though time-gated events weren’t very casual or person who works full time friendly.

Bungie have also released limited time events such as the October’s ‘Festival of the Lost’ to celebrate Halloween by decorating the tower, allowing players to wear neat paper crafted masks like a Xur or Atheon helment and allocating Eva Lavante as the events vendor for specific quests and items. This event wasn’t of course devoid of micro-transations where you were able to purchase special Halloween themed ‘Thriller’ dances from Tess in the tower as well as legendary helmets to keep after the event timed out.

December’s ‘Sparrow Racing League'(SRL) included two weeks where players who had The Taken King expansion were able to participate. You were able to race on two racetracks one being Campus Martius, where players received rewards like legendary helmets and class items which had racing perks.

And finally February’s ‘Crimson Days’ for Valentine’s Day which started on February 9th extending to February 16th. The event was not as large of scale like Festival of the Lost, however the experience which awarded Glimmer Chews, comedic masks and Valentine’s Day themed 320 Light Ghosts was more welcoming than having nothing. The event itself linked to a PvP mode titled Crimson Doubles. 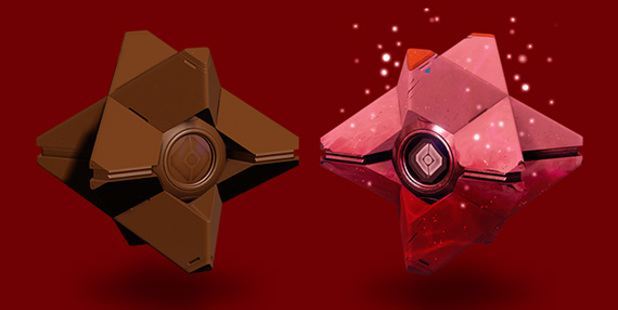 Aside from all these welcoming events, Destiny 2 unfortunately won’t be out anytime this year, as Activision and Bungie both confirmed, but will be released at some point in 2017.

In light of such facts however, Bungie have in a weekly blog post wrote that there will be a full game expansion later this year.

“Prior to the holiday break we mentioned a second, larger update slated for Spring. The content release will feature a significant Light increase, a bunch of new gear to earn and equip, and new challenges for PvE players seeking some more fun experiences and replayability.

Beyond that, the team is focused on delivering a large expansion later this year, and a full Destiny sequel in 2017.”

According to a report by Jason Schreler at Kotaku, Bungie is supposedly receiving an early helping hand by an Activision subsidiary, High Moon Studios, to make ‘Destiny 2.’ According to the Kotaku report, Bungie had cut out a massive chunk of new space which was to be found on Mars and instead gave it to High Moon Studios to work on for the game.

Even though there had been information from a contract leaked back in 2012 which had revealed Bungie’s “ten-year plan” for Destiny, at this point in time the future of the online first-person shooter is very hazy and that isn’t always going to be a bad thing.

Think about it this way: when games are announced that they will be delayed/pushed back to release at a later date, I find that I am not angry or disappointed. On the contrary, having a game release at a later date is more a blessing for the player audience as well as for the company, and this is solely due to the fact that given the right amount of time and effort, we hope that the end product will be all the more awe inspiring and worth the wait.

We have seen this with cases like BioShock Infinite, The Legend of Zelda: The Wind Waker and Red Dead Redemption. Although this is not always the case with every game that has been delayed as we have seen how over-hyped games which have been delayed didn’t turn out as what we had initially been shown and what we expected like Ubisoft’s Watch Dogs.

Do you think players will be able to keep playing Destiny if Bungie keeps up with limited time events leading up to the expansion, or will there be a significant downfall in numbers until a hefty expansion and or the release of a second Destiny comes about.

Leave us a comment in the section below and tell us what you think.

I like to get everyone the right info and I like to help others get the most from there electronic devices. I enjoy playful cleverness and the exploration of technology. My Motto: You own it, you can do whatever you want with it.
@HackInformer
Previous PSP: 6.61 Infinity released
Next Another Dead Or Alive Xtreme 3: Trailer! (NSFW) with Momoji Image