If you guys are a fan of Housemarque games you probably know the next game in their arsenal is Alienation. It’s been quite the build up and also quite a long wait for this one. Well, it seems we have at least some sort of idea of the release date. 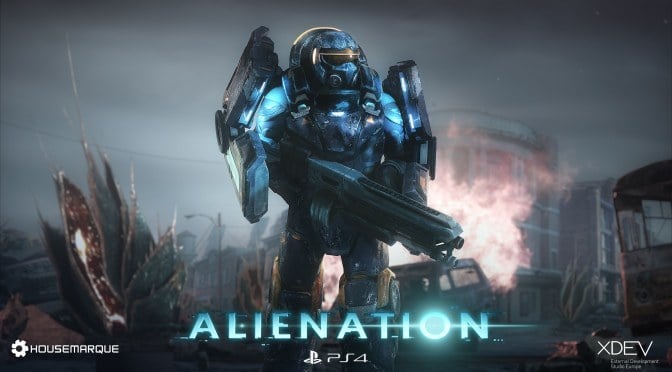 There are a lot of PSN areas that have pre-order options along with a release date of March 2, 2016. The price is only 20 Euro which is really surprising considering the AWESOMENESS of this game. 🙂 I’m not sure what region will get it on what day but this is most certainly a great idea of when you’ll be playing it.

In case you aren’t familiar with it, Housemarque has previously released a game called Dead Nation which is a zombie shooter and also happens to be one of my all-time favorite games. This game seems to be a sequel, of sorts,  to Dead Nation. If you took Dead Nation, incorporated aliens and upgraded the graphics, gameplay, weapons and co-op ability, you would get Alienation from what I can tell. This is sure to be a game to remember. Here is a link to the page about Alienation on their website. CLICK HERE!

From Super Stardust to Dead Nation to Resogun, Housemarque has yet to disappoint me and this game promises to be one for the record books. I will most certainly be playing this for hours on end. 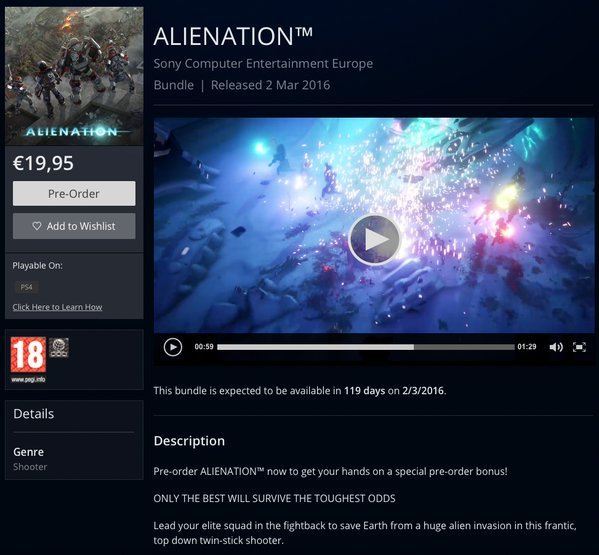 I am going to do my best to get a review copy and give you guys a pre-release heads-up on how this game plays and my honest opinion. Housemarque does at least seem to know I exist so maybe I can coax a review copy from them… hint hint. LOL 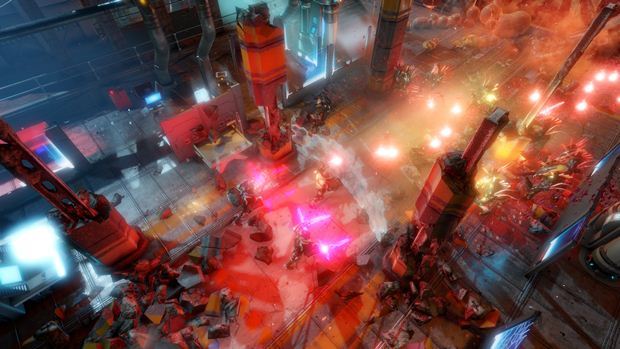 Anyway, thanks for reading and I’ll keep you guys updated as best I can. As always… HAPPY GAMING!!!

Just your friendly neighborhood redneck from Alabama keeping things interesting. I cling to my God, my games and my guns! Roll Tide and HAPPY GAMING!! You can find me on Facebook and Twitter @johnfrazarjr
@JohnthePooka
Previous PS4: Lost Song + Re: Hollow Fragment – SAO Director’s Edition Coming Out Soon!
Next Alien Dinosaur in the works by Ratalaika Games